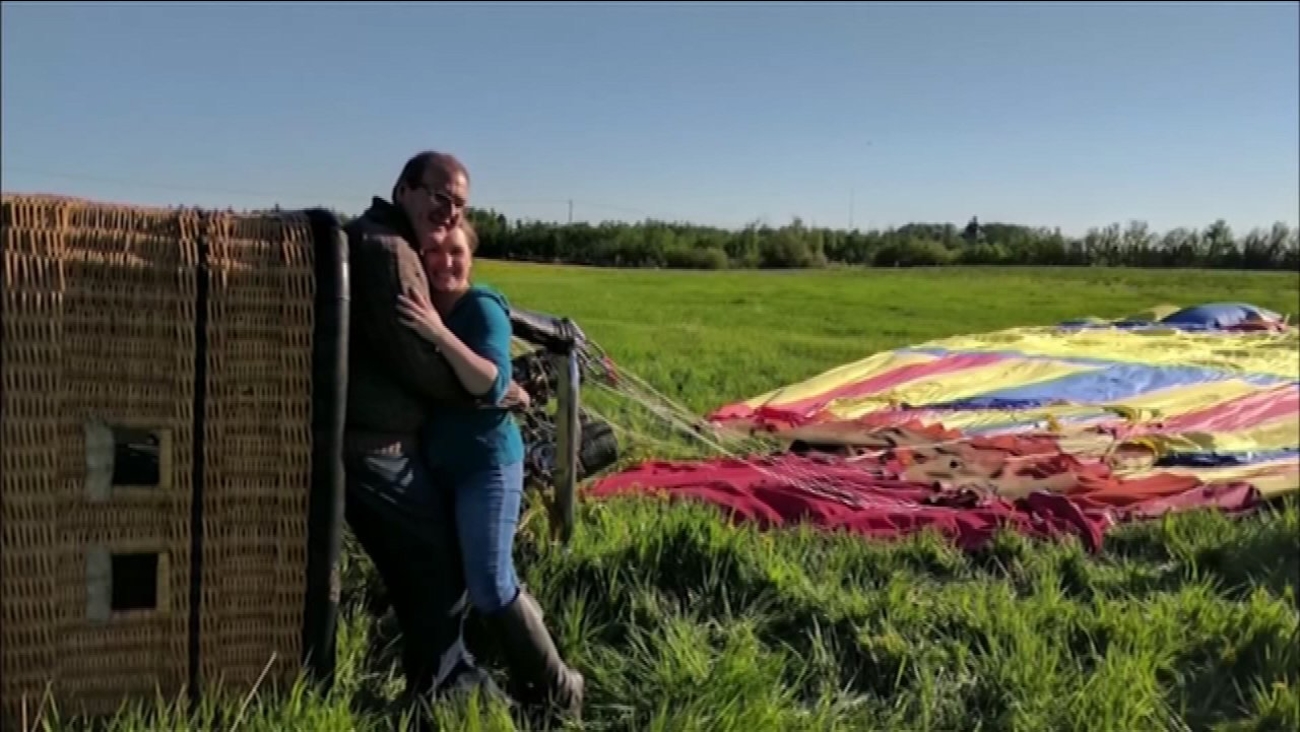 Some would call it an omen.

A picturesque marriage proposal nearly ended in disaster this weekend in Canada when a hot air balloon crashed moments after a man popped the question.

Stephen Martin took his girlfriend Christine Peters on a ride she wanted to do since she was a child.

Moments after she said yes to his proposal, the balloon began experience trouble.

The couple were in the balloon basket with 10 other passengers and a pilot. One of the passengers, Jeffrey Scott, captured the terrifying ordeal on video.

"It happened so quick that I don't think anyone was really terrified or scared," Scott said.

The pilot told everyone to brace themselves as they floated over a farmer's field near Edmonton.

"Then all of a sudden, we're still 30 or 40 feet up in the air, and just the whole thing shakes and you hear like, cracking of branches, and we're in a tree," Peters said.

The balloon went down, hitting two trees, before landing in a field, where it slowly tipped over.

No one was hurt beyond a broken nail.

"Seeing as how I proposed to her, it makes for an awesome story," Martin said.
Related topics:
societymarriageu.s. & world
Copyright © 2021 WLS-TV. All Rights Reserved.
More Videos
From CNN Newsource affiliates
TOP STORIES