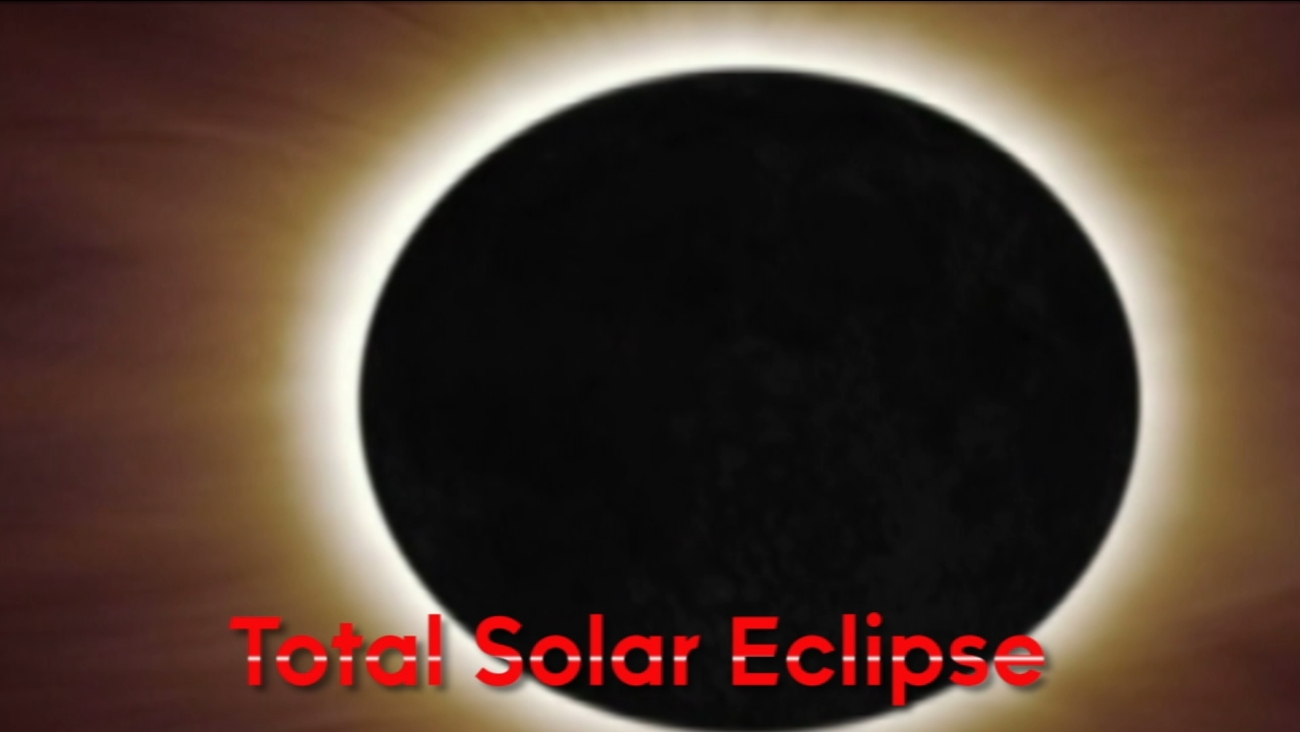 Jeff Smith shows us what we can expect in the tri-state area during the solar eclipse. (WABC)

On Monday, Aug. 21, all of North America will be treated to an eclipse of the Sun, and NASA Television will carry it live from coast to coast from unique vantage points on the ground and from aircraft and spacecraft, including the International Space Station.

Coverage will be featured during the live four-hour broadcast Eclipse Across America: Through the Eyes of NASA.

The main show begins at 1 p.m. EDT and will cover the path of totality the eclipse will take across the United States, from Oregon to South Carolina.

The Toshiba Vision screen in New York's Times Square will broadcast the program live in its entirety to give the public a big-screen view of the eclipse.

Viewers in Times Square can listen to NASA coverage while observing it on the big screen by downloading the NASA app or going to https://www.nasa.gov/eclipselive.

Catch NASA's live coverage using any of the following: