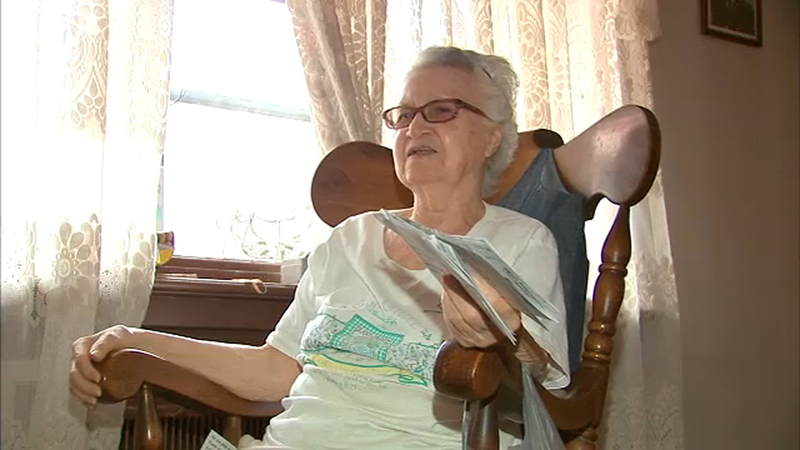 SOUNDVIEW, The Bronx (WABC) -- Police are searching for a violent mugger on the loose in the Bronx who they say attacked a 92-year-old woman Sunday morning outside the church where she was about to attend service.

Authorities say the man knocked the woman to the ground and made off with her purse. Now, Hortencia Rodriguez thanks God she is OK.

She was on her way to Mass at St. Joan of Arc Church on Stratford Avenue in the Soundview section around 8 a.m., her Sunday ritual for the last 49 years.

"Somebody come from the back, cover my eyes, pushed me down, take my bag," she said. "Everything. Everything in my bag. Everything."

The incident happened right outside the church rectory. Investigators from the 43rd Precinct examined footage from the rectory's security camera to see if it captured any images of the attacker.

The great-grandmother of five said the thief got away with about $40 in cash, another $25 she was about to give to the church, her ID and her Social Security card.

"Scared, very scared, because that was the first time in 70 years I live in this country," she said. "The first time."

Her family was also shaken by the mugging.

"They said there's two houses that have cameras, so they are going to check, check the cameras on the two houses," son Sammy Rodriguez said. "They haven't said nothing yet."