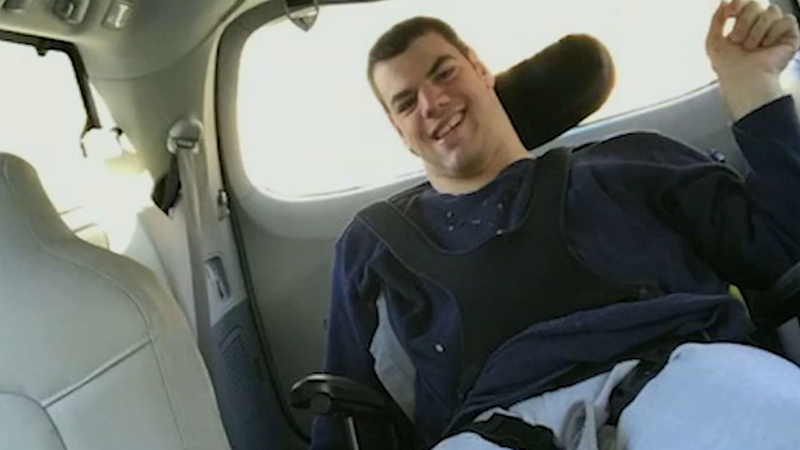 Special minivan stolen from motehr and son has been found

BREWSTER, New York (WABC) -- The family of a 21-year-old with cerebral palsy is grateful after their specially equipped, handicapped accessible van was found days after it was stolen.

The 2012 Toyota Sienna that was tailored to Ryan Gotto's needs was taken from the driveway of his home on Wednesday.

By Friday, Gotto's mom Christy said the van had been located by police in Danbury, Connecticut.

The vehicle was so specific to Gotto's needs that it was worth more than $60,000 with all of the modifications -- including a wheelchair ramp.

Christy, a lifelong social worker, dedicated caretaker and loving mom, said she felt hopeless after the van was stolen.

"It's overwhelming because we rely on our community. We are out and about. And it's scary to think if Ryan had to go to the doctor, he needs to go to therapy tomorrow, we're stuck," she said.

Before the van was found, she had begged whoever took the van to leave it where it was.

It is unclear when the pair will get their van back, but Christy said they are extremely grateful.