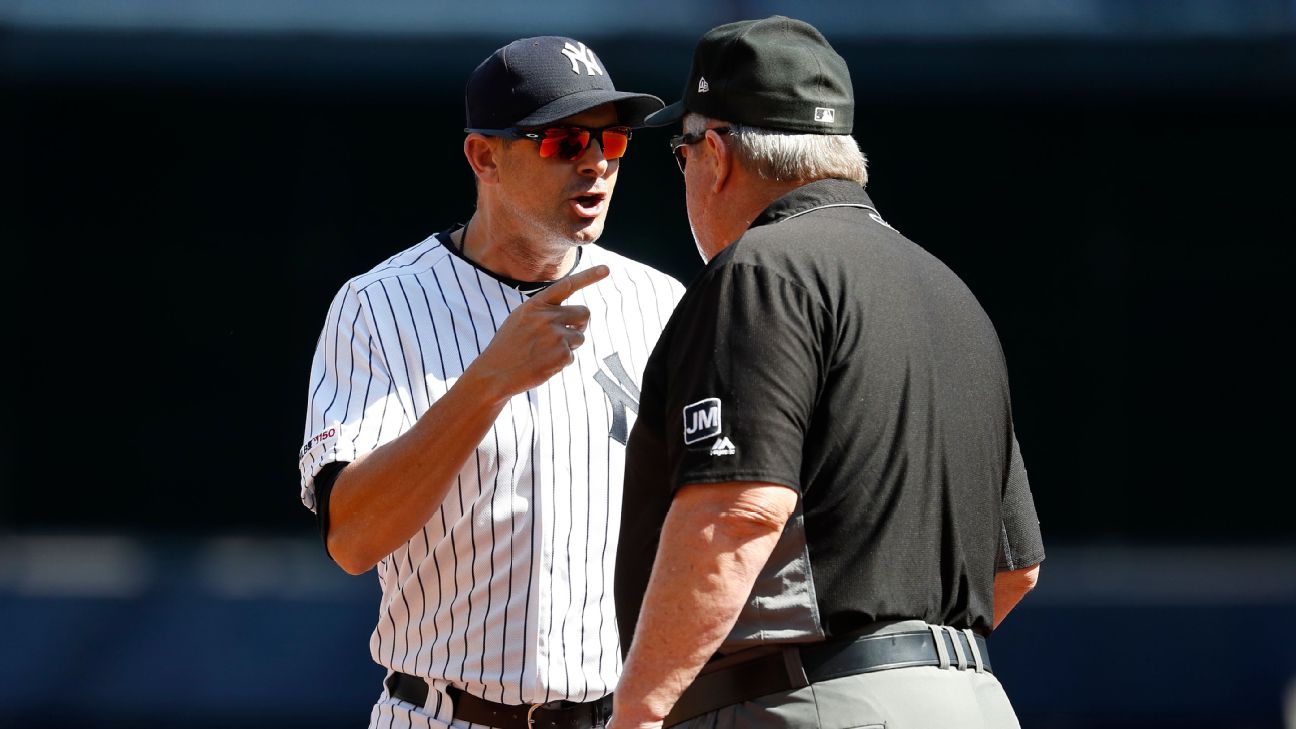 Boone was ejected by West, umpiring at third base, for arguing balls and strikes during a7-2 winover the Toronto Blue Jays.

New York slugger Giancarlo Stanton struck out looking at three low strikes from rookie T.J. Zeuch for the final out of the first inning. Stanton argued briefly with plate umpire Jeremie Rehak -- an injury replacement from Triple-A -- before heading back to the dugout.

Boone, meanwhile, shouted profanities from the bench, and West signaled his ejection from across the field. Rehak also booted Yankees hitting coach Marcus Thames during the exchange.

"I was just upset within an at-bat where G's coming back and I felt like there were a few in there in his at-bat where it kind of got taken away, so I just got animated," Boone said. "The bottom line is I probably wasn't going to get thrown out from Jeremie. I was starting to walk away and the confrontation happened with Joe."

Boone's interactions with umpires have been well-documented this year, and he's been tossed five times. The most notable was an exchange with rookie ump Brennan Miller in July when TV mics capture Boone repeatedly calling his players "savages." That tirade went viral, and New York players routinely wear T-shirts commemorating the rant.

"I like to think I'm always in control of my emotions," Boone said. "There's times that I'm going to fight and I think it's necessary. As hard as we are on our guys about controlling the strike zone and how much we demand of them in that regard, it's something I'm passionate about and I'm going to fight. I don't want our guys leaving the strike zone."

New York was also peeved with West over his strike zone Friday night, when Brett Gardner argued forcefully after a called strike in the ninth. Boone said that disagreement wasn't a factor Saturday. 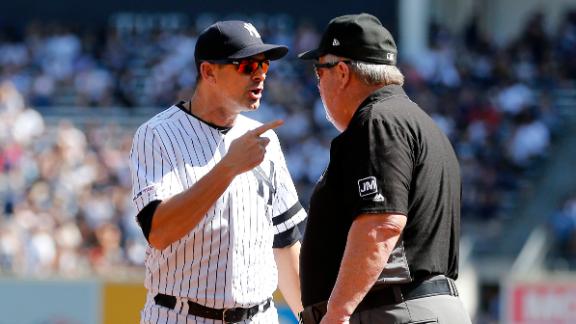