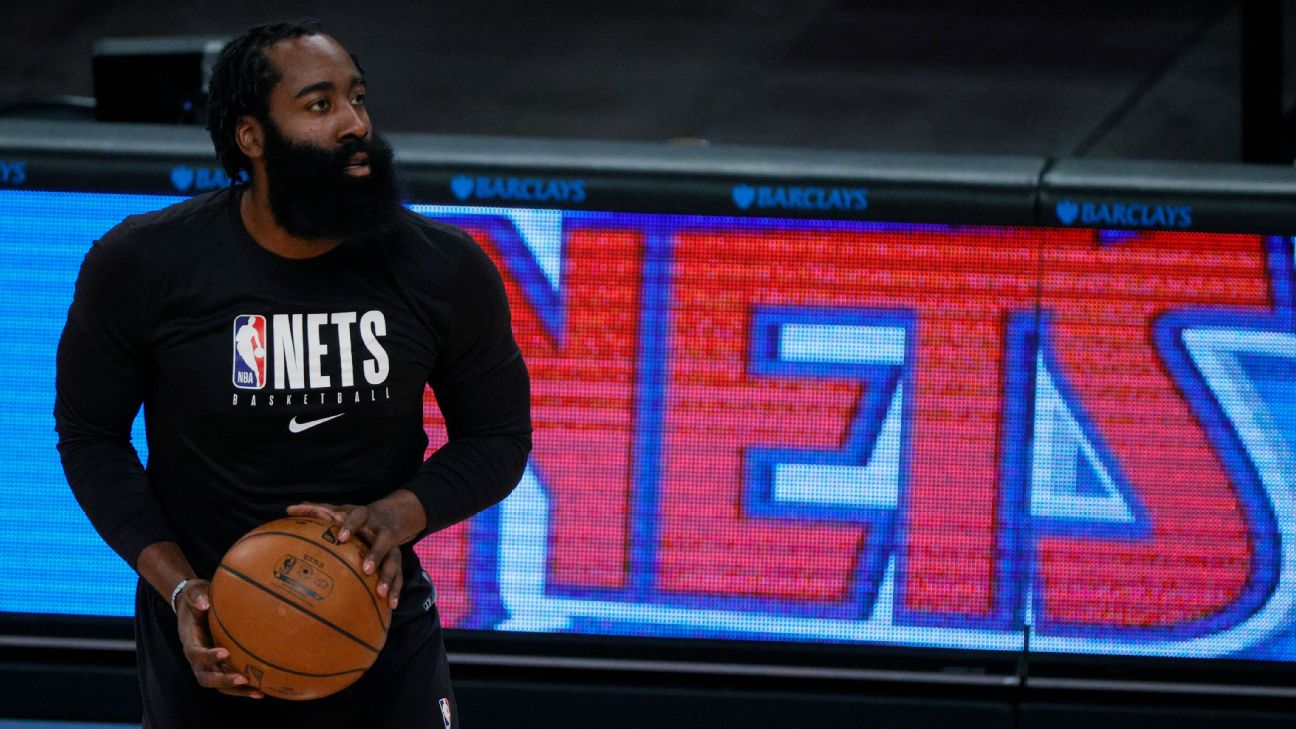 Harden had stayed back from the Nets' trip to Chicagoon Sunday -- along with Kevin Durant -- to continue to treat the tightness. Still, the Nets are without a slew of players for Monday's crosstown matchup, including Durant, Blake Griffin, Tyler Johnson and Landry Shamet.


Griffin is sitting out the second half of the back-to-back for injury maintenance. Johnson left the Nets' game against the Bulls early after injuring his knee on a noncontact play. Coach Steve Nash said on Sunday that Johnson was scheduled to have a scan on his knee. Shamet tweaked his right ankle in Sunday's game against Chicago and is having some precautionary imaging done, sources told ESPN. Shamet already missed five games in late March with a right ankle sprain. He is not expected to miss a long stretch of time.

Nash had said it was a possibility that Durant, who has been out since Feb. 13, would play on Monday but wouldn't go as far as to say it was a probability. Nash said it was more realistic that Durant would return later in the week.


The Nets are eager to get their Big Three -- who have played just seven games together -- out on the court alongside the players they picked up on the buyout market.

With a record of 34-16, Brooklyn is currently tied with the Philadelphia 76ers for the best record in the Eastern Conference. 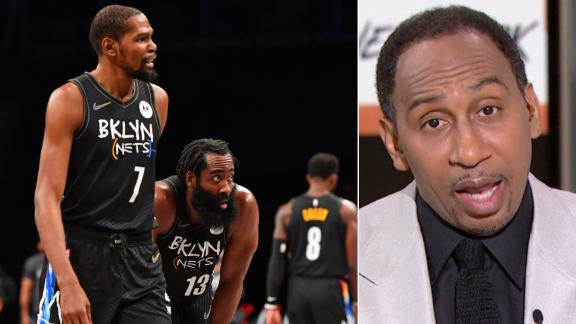