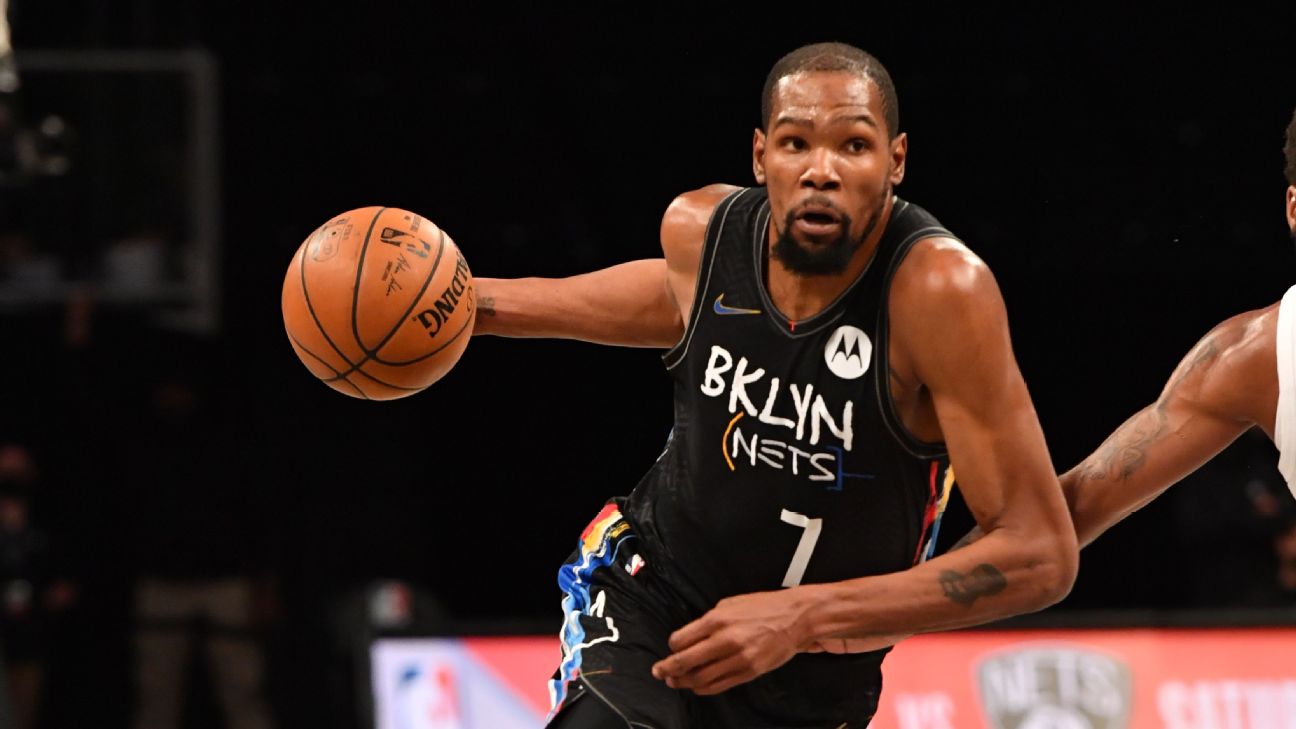 The Brooklyn Nets continue to be undermanned. They played withoutKevin Durant, Blake Griffin and LaMarcus Aldridgefrom the opening tipoff Wednesday night against the 76ers, in addition to star James Harden remaining sidelined.

The good news for Brooklyn was that Kyrie Irvingreturned to the lineup after missing Tuesday's game against the Minnesota Timberwolves while attending to a family matter.


The Nets were also without guard Chris Chiozza. Chiozza, who started in place of Irving on Tuesday, had surgery on Wednesday to repair a fractured right finger. He sustained the injury against the Timberwolves.

Harden continues to be sidelined with a right hamstring strain, and Tyler Johnson is still working through right knee soreness.

Aldridge was held out of Wednesday's 123-117 loss with a non-COVID-19 illness, and Griffin is on an injury-management day with an ongoing knee issue.

On Tuesday, Durant played 27 minutes against the Timberwolves -- even as the Nets' lead ballooned to 40 points. Coach Steve Nash said that the Nets want to continue to increase his playing time to the 30-minute range as he comes back from a hamstring injury, but it's a "tricky balance."

"He needs to play a certain amount of minutes for his benefit," Nash said Tuesday. "At the same time, when the game is that out of hand, you're caught, like, do we want to risk him being out there at this point in the game? In an ideal world he'd play close to 30 minutes, but at the same time, he's out there at the end of the game in meaningless minutes -- you want to be careful as well. We're trying to find that balance."

Durant said Tuesday that increasing his workload felt "good" and that he would determine his status for Wednesday after seeing how his body recovered and checking in with the team's training staff.


"I felt like my wind and legs were getting underneath me in each and every minute I'm playing, and that's the most -- that's really what I wanted out of this time," Durant said.

Durant said that the Nets were looking forward to facing the 76ers, who are jockeying with the Nets for the No. 1 spot in the Eastern Conference, but they're more focused on getting the entire team out on the floor together. After all, the Nets' big three have played just seven games together.

According to the Elias Sports Bureau, the fewest games played together by any NBA champion's top three scorers during the regular season is 10, when the Shaquille O'Neal-Kobe Bryant-Derek Fisher Lakers won in 2001. After Wednesday, the Nets will have just 17 games left in the regular season.

"I think for us, we want to get everybody healthy and acclimated to what we're doing out there, and I think that's just as important as circling the calendar for Philly," Durant said. "They're a great team, well-coached and I'm sure a team we're going to run into here soon, but for us at this point we want to continue to fine-tune what we do to get better at the things that make us who we are, and we'll see what happens down the line." 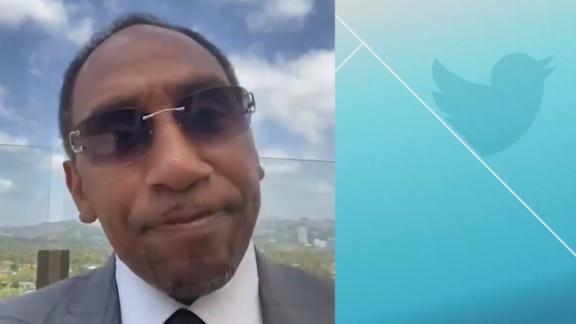 Stephen A. blasts Nets over key players sitting out
Stephen A. Smith calls out the Nets' growing injury list ahead of tonight's game vs. the 76ers. 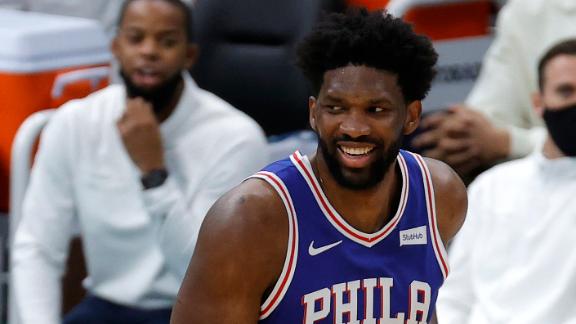