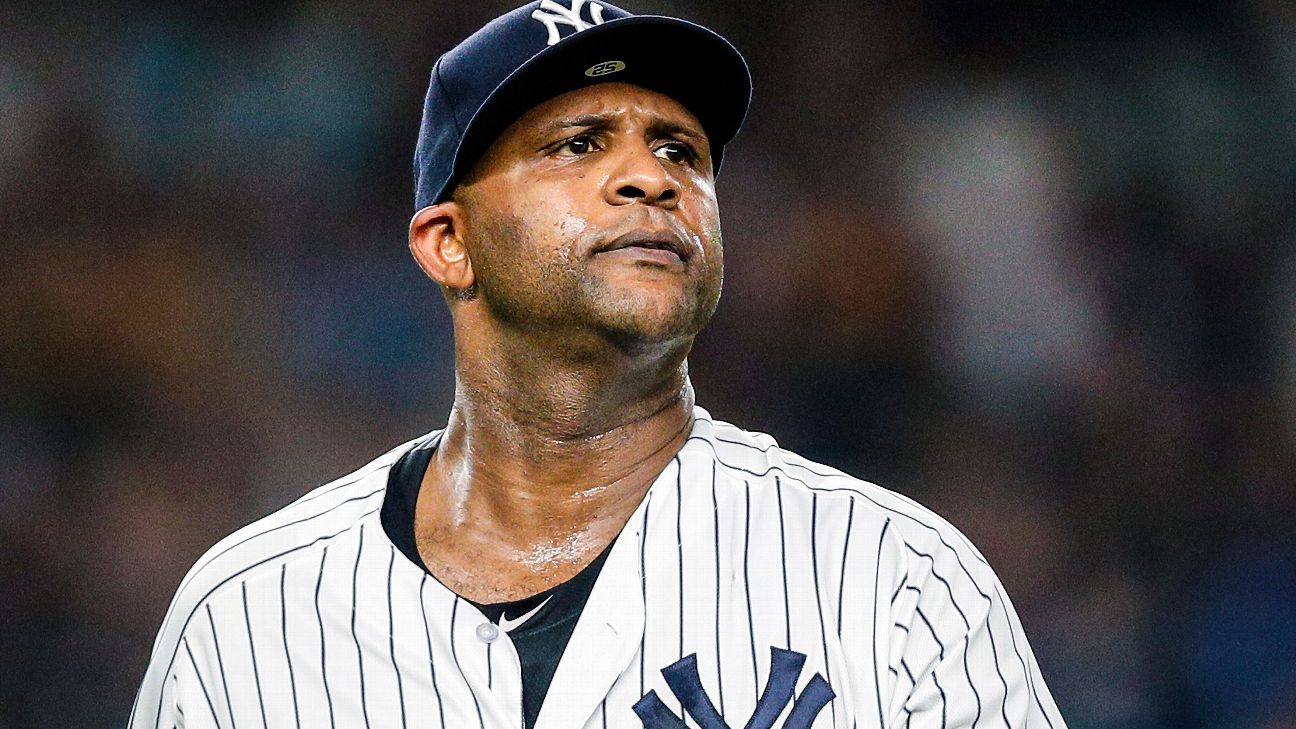 Boone also announced that James Paxtonwill start Game 1 of the series against the Minnesota Twins and will be followed by Masahiro Tanaka and Luis Severino for Games 2 and 3, respectively.

"I've been talking to teammates, asking them what it's been like pitching in the postseason," Paxton said.

Paxton (15-6, 3.82 ERA) won a career-best 10 straight starts before leaving his final regular-season start after one inning Friday because of a tight glute muscle in the left buttocks. He said the injury was a "non-issue."

Paxton, 30, struggled in the first inning this season, allowing 12 of his 23 home runs. However, he gave up just six homers in his final 11 starts.

"I threw a few more pitches in the bullpen [during the] second half of the season, so I could kind of get the first few hitters out of the way in the bullpen," Paxton said. "Just so to try and sharpen myself up, and that seemed to help a little bit -- and also trying to be really aggressive from pitch one."

Boone said Sabathia would not be included on the division series roster because of issues with his pitching shoulder. Sabathia had a cortisone shot and did not respond well enough after throwing in a simulated game Tuesday.

"Frankly, [he] threw the ball pretty well, but just not quite where it needs to be -- to be in the kind of role we're going to ask him to be in where he's potentially getting up on the spot and then maybe having to get up later in the game," Boone said.

The Yankees' full ALDS roster will be announced Friday, Boone said.He anticipates Edwin Encarnacion will be on the roster. Encarnacion, who hasn't played since Sept. 12 because of a strained left oblique, hit in a pair of simulated games this week.

Thursday's decision means Sabathia, who serves as a baseball analyst for ESPN, will miss at least the first round of the playoffsin his final season as a major leaguer.

The Yankees put the 39-year-old left-hander in the bullpen for the season's final week, and Sabathia made his first regular-season relief appearance Sept. 24. A second planned bullpen outing was scrapped.

Sabathia has had four stints on the injured list because of his chronically hurt right knee.

"We'll try and have him prepared for a lot of different roles, but he'll certainly, in some way, shape, or form, be in play the first two games," Boone said. 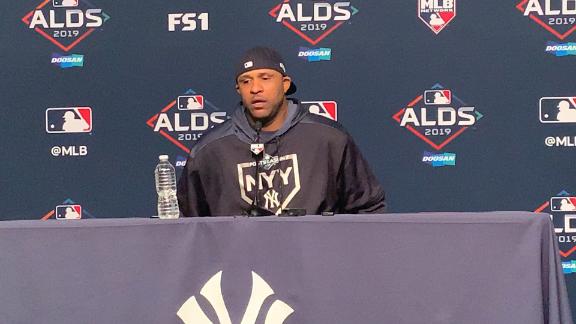 Sabathia: Shoulder didn't bounce back like I thought it would
CC Sabathia is surprised his shoulder isn't feeling better enough to pitch in the ALDS. 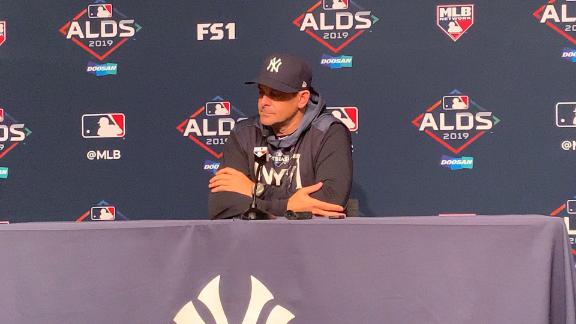