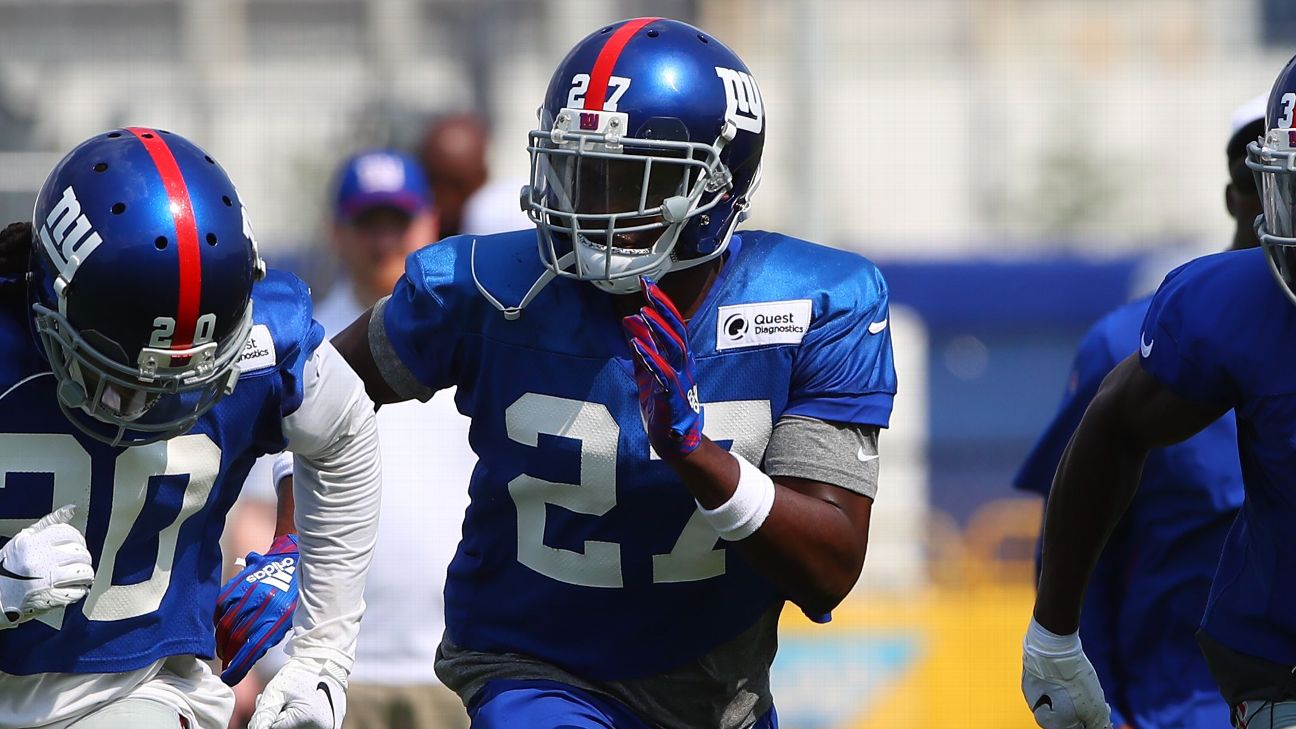 
Both players are out on bond and were given permission by the court to travel with their work out of state.

Baker and Dunbar are awaiting a decision from the state attorney's office on whether it intends to prosecute the case.

In the meantime, this will keep Baker, the Giants' first-round pick last year, and Dunbar, acquired in a trade by Seattle earlier this offseason, away from training camp. The commissioner's exempt list allows them to get paid until a decision is made.

Dunbar participated in Seattle's virtual offseason this spring. Players on the exempt list can request to use team facilities on a "reasonable basis for meetings, individual workouts, therapy and rehabilitation, and other permitted non-football activities."

Dunbar's attorney,Andrew Rier, told ESPN that his client plans to appeal his placement on the exempt list within the next 72 hours.Rier said he believes the NFL "jumped the gun" before the state has decided whether to prosecute.


Similarly, Baker's attorney, Patrick Patel, said he saw "no reason" to make the move with the prosecution decision still pending.

Dunbar was about to head to Seattle to report to training camp on Monday when he got word about being placed on the list, his attorney said, whileBaker had been working out in Miami recently in preparation for camp. Veteran players are set to report on Tuesday.

The Giants traded up for Baker in last year's draft despite at least two teams telling ESPN last spring that there were red flags on the former Georgia All-American. He then had a rocky rookie year on and off the field. Two players described Baker as a "handful" last year, and he was benched late in the season after then-coach Pat Shurmur called him out on his effort in front of the entire team.

The Seahawks acquired Dunbar for a fifth-round pick in a March trade with Washington, which was their biggest offseason acquisition until their recent trade forJamal Adams. Dunbar is scheduled to make $3.25 million in base salary with another $250,000 available in per-game roster bonuses in the final year of his contract, none of which is guaranteed.

Although players on the commissioner's exempt list get paid, they do not count against their team's roster limit. So the Seahawks will get a roster spot but will not get any cap relief with Dunbar while he remains on the list. The Seahawks parted with nine players Sunday to get to 81. With Dunbar going on the exempt list and no longer counting against the roster, Seattle will be at the new league-mandated limit of 80.

If Dunbar is unavailable, the Seahawks would turn back to Tre Flowers, who started the past two seasons at right cornerback opposite Shaquill Griffin. Flowers' up-and-down 2019 was a primary factor in Seattle acquiring Dunbar.


According to the original arrest warrant, Baker and Dunbar were accused of stealing money and watches with force while armed with semiautomatic firearms. It stated that Baker intentionally threatened victims with a firearm. According to the arrest warrant affidavit, multiple witnesses said that at one point during the incident Baker ordered another suspect wearing a red mask to shoot an individual who was just entering the party.

The case has taken twists and turns since. The witnesses quickly signed affidavits changing their original story, and the New York Daily News reported that a search warrant indicated that a witness in the alleged robbery oversaw a payoff to the victims at the office of former Dunbar attorney Michael Grieco.

The league has said in recent weeks that the matter remains under review.

Baker and Dunbar are not known to have any previous criminal history.