Derek Stepan returns to the Garden to face his former team 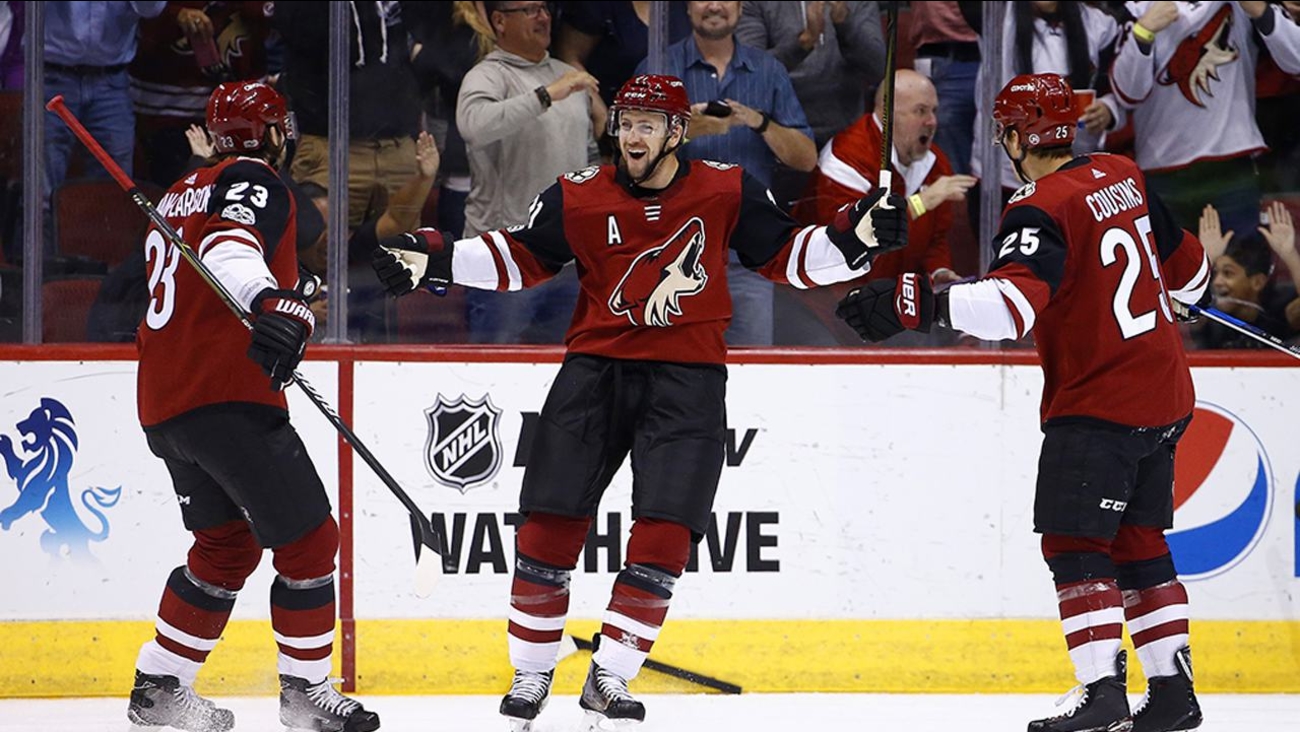 NEW YORK (WABC) -- Derek Stepan makes his return to Madison Square Garden ice on Thursday as a member of the 0-8-1 Arizona Coyotes. The Rangers haven't fared much better over the teams first 10 games, only managing two wins thus far.

It's safe to say that the Rangers have yet to replace Stepan, whom they traded to Arizona over the summer along with Anti Raanta for Tony DeAngelo and the seventh pick in the 2017 draft (Lias Andersson).

For the Rangers fans it is going to seem odd watching Derek Stepan on Garden ice wearing any colors other than Ranger blue. That's just the nature of the business, and every fan or player knows this. Stepan played his first seven years in the league as a Blueshirt, and has grown up with the organization. Stepan will be fondly remembered for scoring the overtime goal in Game 7 against Washington, in the second round of the playoffs in 2015. He was the 51st pick overall in the 2008 draft by the Rangers. Before that, he played for the University of Wisconsin alongside future teammate and Rangers captain Ryan McDonagh.

After Wednesday's skate at the Rangers practice facility, the Rangers captain said; "Got a little taste of it in the summer when his Coyotes gear showed up." McDonagh added with a smile; "That was a little bit of a shock to see him in that."

The two former teammates have kept close tabs on each other. McDonagh added; "I've been following him along here and talking to him along the way. It's certainly a different situation for him being on a different team. A little bit different for us too without him being on our team. But at the end of the day he's a competitor, we're a competitor and we're gonna work hard against each other on the ice here. Both teams are in dire need of some points here, so thats going to take over as the game progresses."

Head Coach Alain Vigneault had nothing but praise for his former player, alluding to him as being one of his favorites.

"Derek Stepan was low maintenance. He understood the game." The head coach went on to compliment Stepan by saying, "In our dressing he was a real solid figure. Where we needed to push, where we needed to make a couple adjustments. He was always a great guy to exchange. We know we lost a important part of our dressing room and our team."

Vigneault went on to look ahead by saying, "We were looking at the future and we feel we've added some good young pieces, but still believe in this group, still believe that this group is strong enough and good enough to get it done."