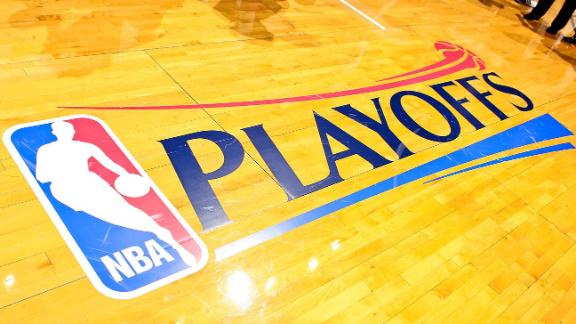 PHOENIX -- The Los Angeles Clippers clinched at least the third seed in the West on Tuesday, and if they keep that seed they would face a sixth-seeded team with a win-loss record near the top of the Western Conference, a prospect that does not sit well with Doc Rivers.

Because division winners are guaranteed a top-four seed, the Portland Trail Blazers (51-30 with one game remaining) will be the 4-seed despite holding the sixth-best record in the West, which means the Clippers (56-26), if they end up as the 3-seed, would play the Memphis Grizzlies (54-27), Houston Rockets (55-26) or San Antonio Spurs (55-26) -- all of whom play Wednesday to determine the Southwest Division winner and the Nos. 5 and 6 seeds.


"That's a flaw," Rivers said. "I think the divisions are important. They're nice to have. They're nice to be celebrated, for some and some not, but I don't know if they should be celebrated as far as in the standings. I think it's something that the league will absolutely look at and try to fix. You shouldn't be rewarded if your record [isn't as good as others]."


Rivers also doesn't like the fact that division winners get the first tiebreaker if tied with a non-division winner, regardless of head-to-head records. In other words, if the Clippers had swept the season series with San Antonio, it wouldn't matter if the Spurs won the Southwest.

"I just think if you tie with us, let's say if we had gone undefeated against a team but our records are tied and they would get home court, that to me is insane," Rivers said. "That's worse in some ways to me, because head-to-head should always go first. But there's flaws and you fix them, and I think the league will look at that."


While Rivers hopes the league fixes the seeding process, he isn't in favor of doing away with divisions and conferences.


"I just think we forget in the '80s this was how the East and the West looked, but it was the East," Rivers said. "We forget that. The West is great right now; in five or six years, it may flip. You just don't know that it's one of those periods in time. It sucks for teams like the Phoenix Suns last year. They would have been a fifth seed in the East. It sucks for those teams."