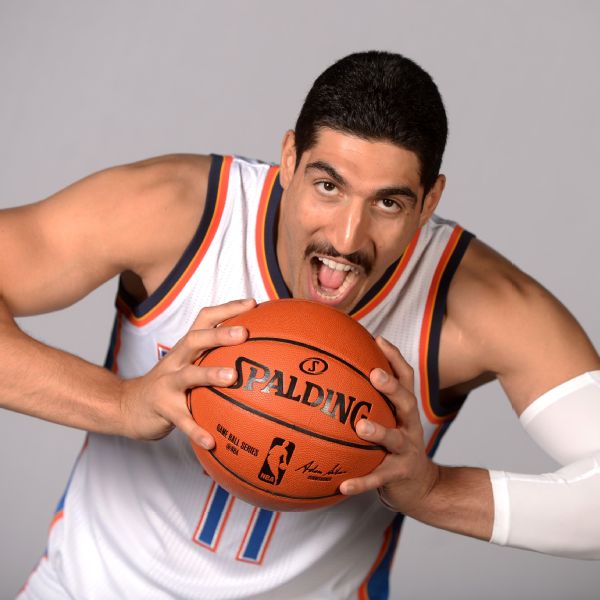 GREENBURGH, NY -- Enes Kanter apologized on Tuesday after he was admonished by the Knicks for telling a teammate to "fight" the opposing team during Monday's loss to the Portland Trail Blazers.

After the Knicks lost on Monday night to Portland, Kanter said he told a teammate to get physical with the Trail Blazers.

Many assumed that Kanter, who missed Monday's game due to back spasms, was asking his teammates to fight one of the Trail Blazers.

But Kanter said on Tuesday that he wanted to see the Knicks compete more intensely, and that was his intended message to his teammates. The Knicks trailed Portland by 26 after three quarters and players and coaches said the club lacked energy during the loss.

Late in the game, Michael Beasley and Frank Ntilikina were assessed technicals after a skirmish with Portland big man Jusuf Nurkic. It is unclear if Kanter's directive and the skirmish were related.

Kanter on Tuesday said he hadn't yet heard from the NBA about his comments, but he expected to hear from the league at some point. He again clarified that he wasn't asking one of his teammates to fight an opponent.

"Just got out there play hard, have fun, compete, fight, means do your thing, play hard, as hard as you can," he said.

Kanter is expected to return on Wednesday against the Miami Heat after a three-game absence due to back spasms. The Knicks (10-10) have lost all three games with Kanter sidelined.
Report a correction or typo
Related topics:
sportsespnnykenes kanternew york knicksnba
Copyright © 2020 ESPN Internet Ventures. All rights reserved.
More Videos
From CNN Newsource affiliates
TOP STORIES