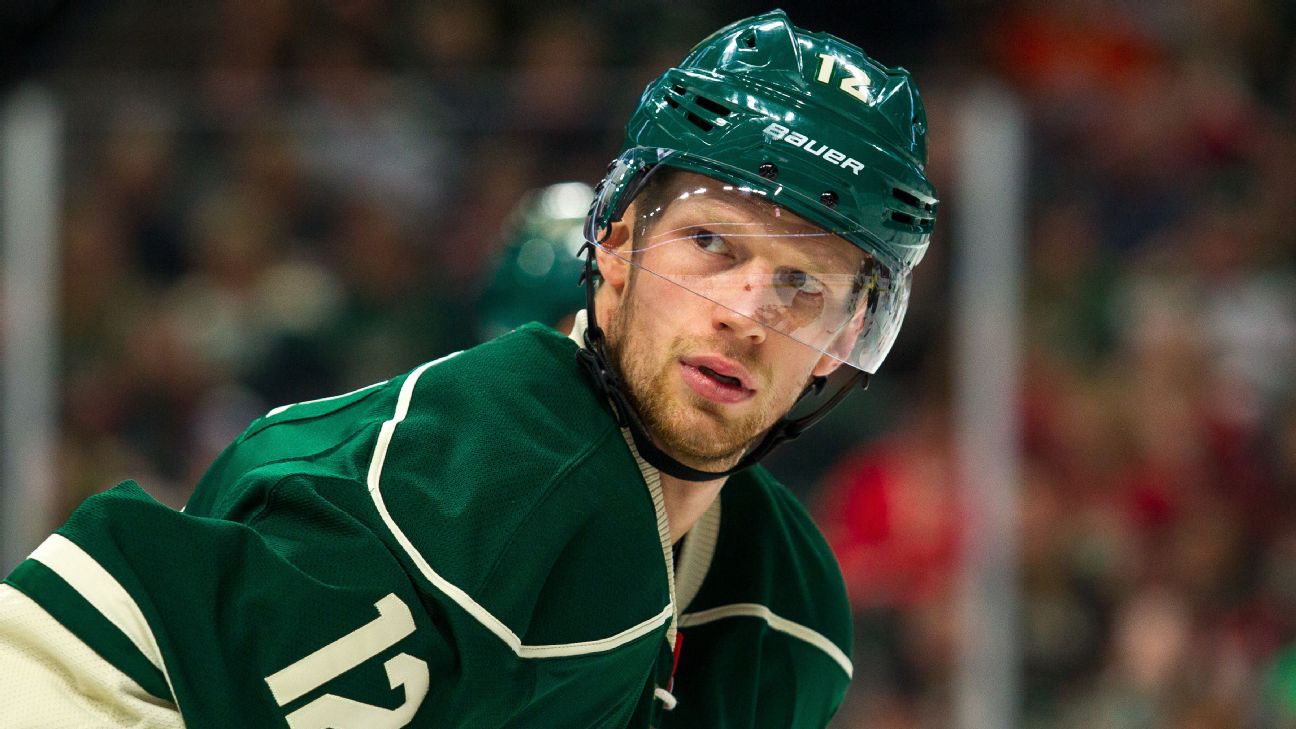 Leading up to Monday's trade deadline, Eric Staal's name was thrown around as a possible trade chip, but he ended up getting a new deal from the Minnesota Wild.

The Wild agreed to terms on a two-year extension with an average annual value of $3.25 million.

He would have been a free agent next summer.

The 34-year-old Staal is sticking around to help the Wild's playoff push. His current deal carries a cap hit of $3.5 million, so he's taking a slight pay cut.

A five-time All-Star, Staal was traded to the Rangers at the 2016 deadline after 12 seasons in Carolina.