Giannis Antetokounmpo, Milwaukee Bucks come out on top as duel with Kevin Durant, Brooklyn Nets goes down to wire 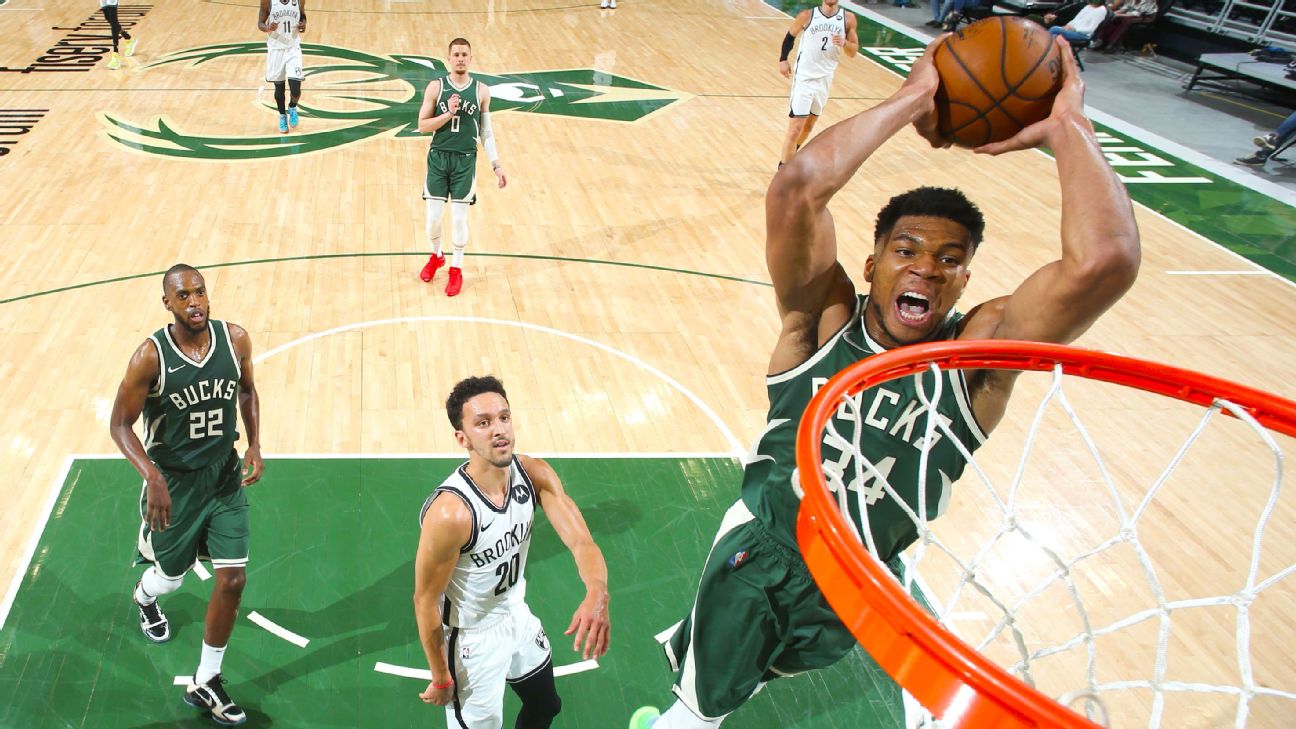 In an epic showdown among some of the league's most talented stars,Giannis Antetokounmpo dropped 49 points to outduel Kevin Durant's 42 and lift theMilwaukee Bucks to a 117-114 victory over the visitingBrooklyn Netson Sunday. The game -- which came down to the final seconds -- was one that many considered to be a potential Eastern Conference finals preview.

"You want to be a part of games like this," Antetokounmpo said afterward. "Growing up, you want to play against the best; and coming down to the wire, going back and forth, that's what you always dreamed about."


Durant shot 16-of-33 from the field and had 10 rebounds, two assists and a steal to go along with his dominant scoring. Antetokounmpo was 21-for-36 from the field -- including 4-of-8 from 3.

The Nets and Bucks alternated leads well into the fourth quarter. The Bucks had a three-point lead with just 3.6 seconds remaining when Durant missed a 28-foot shot that would have tied the game.

"You want to gauge yourself against the best defender, best team defense, best coaching," Durant said. "That's the only way you'll get better as a player. So, I get excited and I relish these opportunities, and we do as a team."

Antetokounmpo, the reigning NBA Defensive Player of the Year, has grown into one of the league's most formidable defenders. It wasn't that long ago, however, that he was in Greece watching Durant from afar. Antetokounmpo said he grew up studying Durant's game and that he remembers watching him play in the Western Conference finals in 2011, when Antetokounmpo was a teenager and Durant was with the Oklahoma City Thunder.

"What he does is unbelievable," Antetokounmpo said Sunday night. "Being 6-11, being able to shoot over everybody. The way he handles the ball and gets to his spot is unbelievable -- the best I've seen in my life. I look up to him, I'm not gonna lie."


Antetokounmpo added he has worked to emulate parts of Durant's game but that he prefers to be a facilitator and a playmaker. And despite both All Stars' supreme scoring performances on Sunday, Antetokounmpo insisted he wasn't trying to go shot for shot with Durant.

"Nobody in this world can go back and forth with KD," Antetokounmpo said. "He's been one of the greatest scorers to ever play this game. I was just trying to do my job, get to my spots and execute and help my team win."

With the loss, Brooklyn is now 0.5 games back of thePhiladelphia 76ersat the top of the Eastern Conference. More importantly, the Sixers are up a game in the loss column -- and hold the tiebreaker in the season series.

With the win, Milwaukee moved up within 2.5 games of Brooklyn for second in the East, ahead of their rematch on Tuesday at Fiserv Forum.

"It's one of those games you enjoy playing in," Durant said. "And hopefully, it's a better one for us next game." 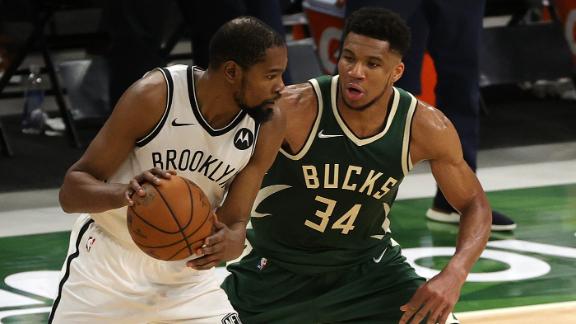