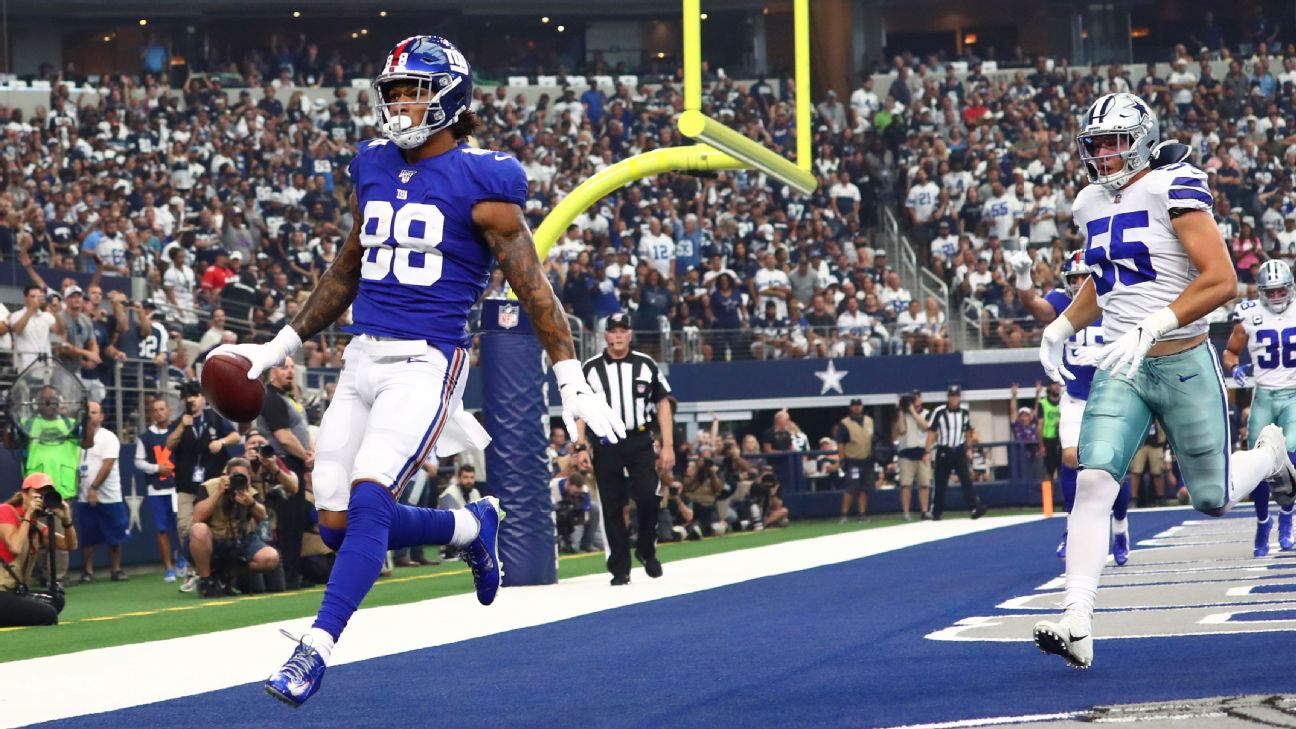 Engram had his MRI results of the affected left foot sent to specialist Dr. Robert Anderson for a second opinion, a source told ESPN's Adam Schefter. But Engram said later Wednesday that there is a belief he "dodged a bullet" and it's not the dreaded Lisfranc sprain that would sideline him for an extended period of time. Engram instead expressed hope that he'll sit out Sunday's game and return after the bye the next week, suiting up against the Chicago Bears.

"Timing works out," Engram said. "So, rest this week and obviously get a lot of rest next week."

Rhett Ellison's role is likely to increase with Engram sidelined against a Jets defense that has struggled to corral opposing tight ends. Ellison had three catches for 30 yards when Engram missed the New England Patriots game several weeks back.

The Giants are also likely to add a tight end this week with Ellison and Kaden Smith the only healthy options on the active roster.

Engram aggravated the foot while being tackled late in Monday night's loss to the Dallas Cowboys. He hurt it earlier in the game but played through it thanks to adrenaline.

He leads all Giants receivers with 44 catches for 467 yards and three touchdowns despite having already missed the Patriots game this season with a sprained MCL in his left knee. The injuries continue a trend that has plagued his young career.