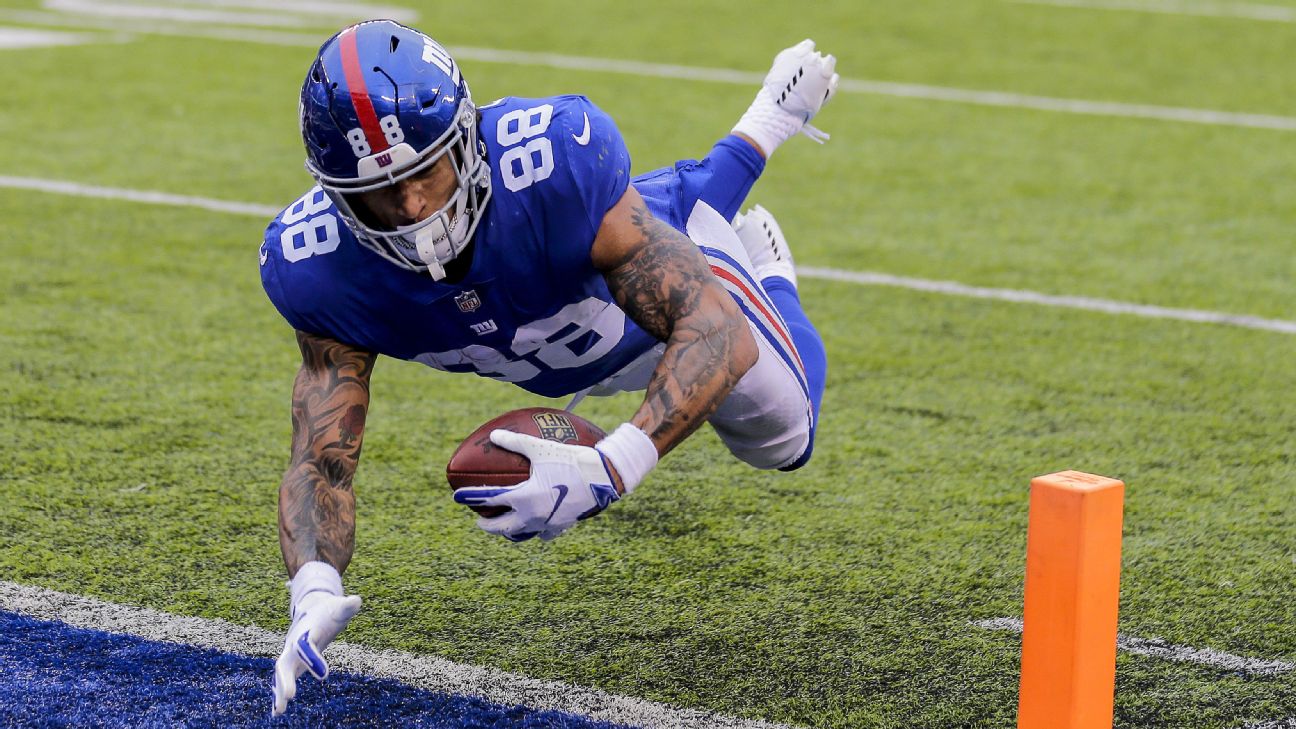 EAST RUTHERFORD, N.J. -- New York Giants tight end Evan Engram is set to return Sunday against the Washington Redskins after missing the past two games with a hamstring injury.

Engram was a full participant in practice on Thursday and Friday. He wasn't given an official injury designation for the game, indicating the team expects him to be available to play.

Linebackers B.J. Goodson (hip) and Tae Davis (ankle) are questionable for Sunday. Star wide receiver Odell Beckham Jr. (quadriceps) was added to the injury report;he was limited in Friday's practice but is expected to play. He suffered the injury two weeks ago on the final play against the Philadelphia Eagles.

Engram felt his hamstring pull during warm-ups before the Nov. 25 game against the Eagles. He was active for that contest but did not play a snap. He also sat out last week's overtime win over the Chicago Bears.

His role against the Redskins is expected to be primarily as a passing-down option. The second-year tight end's playing time was already decreasing prior to the injury. He had played just 47 percent of the snaps in the two games coming out of the bye week, considerably less than the close to 90 percent of snaps he was playing earlier this year.

The expectation for Sunday is much the same as it had been post-bye.

"Same," coach Pat Shurmur said of how Engram would be used. "We'll try to use the tight ends like we always do. Use all three of them and try to maximize the use of their strengths."

Rhett Ellison and Scott Simonson have played bigger roles because of their blocking ability. That is not known as Engram's strength. He's a pass-catching tight end with 4.4 speed. He flashed it late in wins over the San Francisco 49ers and Tampa Bay Buccaneers. The Giants seem to believe that fewer snaps may in fact be better for Engram.

"Yeah, I think as we're finding out more about guys, and I'm not quite sure of this, some guys you have to be careful of giving too many reps. I think as we've learned during the season, I think there's a certain number that kind of maximizes what he's doing and what he can do for us," offensive coordinator Mike Shula said. "It might not be playing every snap, but a good mix between he and Rhett. The good news is that both of them, they'll do just about anything that you ask them to do, whether or not it's blocking or running routes or catching."

Shula added that Engram remains an important part of the Giants' offense. Overall, though, it has been a rough season. Engram injured his knee early in a Week 3 win over the Houston Texans, then missed the following three weeks with an MCL sprain. He returned for four games before the hamstring problem. It's important for him to finish strong.

Engram has 23 catches for 257 yards and 2 touchdowns this season. It's a far cry from a promising rookie season where he had 64 receptions for 722 yards and 6 touchdowns.

But he insists he's back at full strength for Sunday. That's a start.

"I'm there," Engram said. "Definitely didn't want to risk anything this week, so I was really kind of being smart with it and not going crazy, but on Sunday it's going to be ready to let loose."