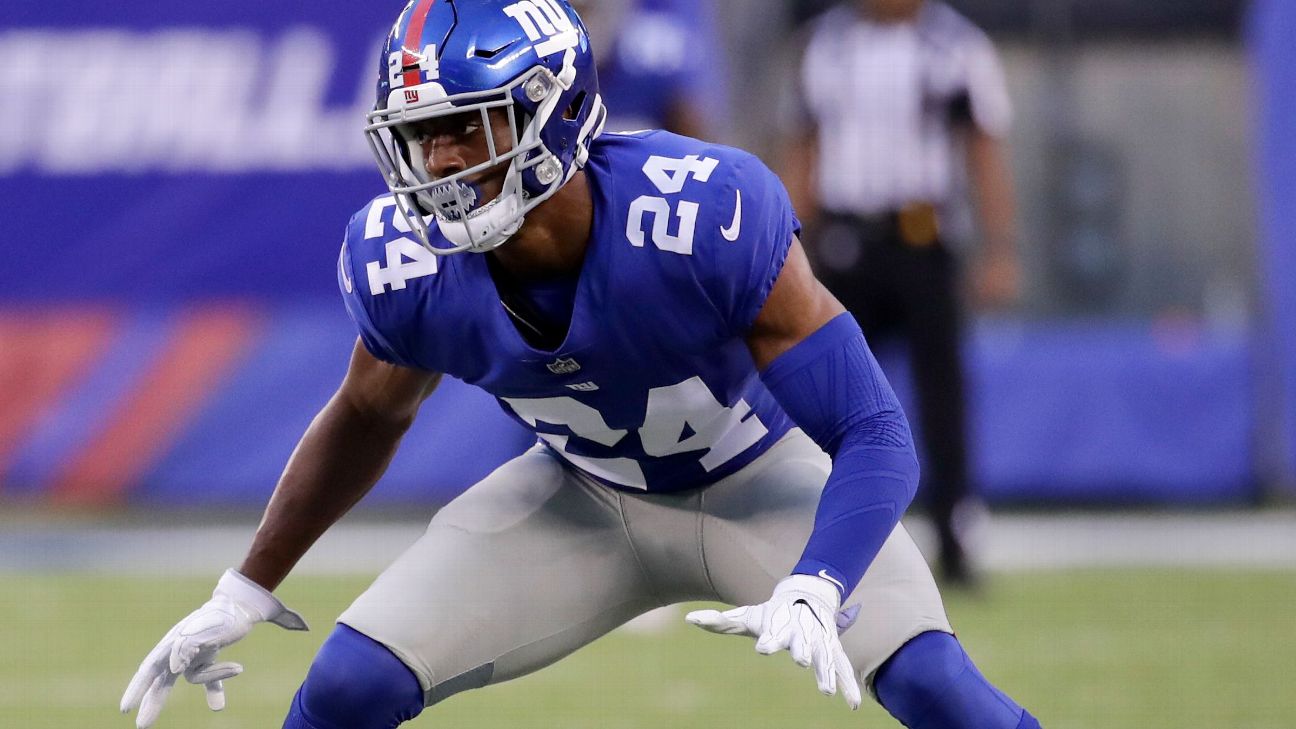 EAST RUTHERFORD, N.J. -- The New York Giants will be without two key defensive starters Sunday afternoon against the Houston Texans. Outside linebacker Olivier Vernon and cornerback Eli Apple were both ruled out for the crucial contest.

Vernon is dealing with a high ankle sprain. He will miss his third straight game.

Apple pulled his groin in the second half of last week's 20-13 loss to the Dallas Cowboys. He said earlier in the week it still felt sore.

Vernon and Apple did not practice at all this week. They did some light work on the side with a trainer instead.

Their absence leaves the Giants shorthanded at positions where they couldn't afford injuries. Veteran Connor Barwin and rookie Lorenzo Carter will again fill in for Vernon. Barwin and Carter have not recorded a sack yet this season.

BW Webb is expected to step into Apple's starting role with Donte Deayon as the team's nickel cornerback. The Cowboys successfully attacked Webb in the second half on Sunday.

"Certainly any time your first-line players go down [it's a big loss], but we've got guys that we trust if we put them in there," coach Pat Shurmur said. "We trust that they're going to go out there and play.

The Giants (0-2) are in desperate need of a win. They're trying to avoid their third 0-3 start in the past six years, but the Texans (0-2) also have plenty at stake in their home opener.

There was hope that Vernon could return for this week's game against the Texans. That would've helped. The Giants are last in the league through two weeks with one sack.

Vernon had 15.5 sacks in his first two seasons with the Giants after being signed as a free agent several years back.

Apple was the 10th overall pick in 2016. After a promising rookie season he struggled badly last year -- on and off the field. He ended the campaign suspended because of his conduct.

But Shurmur and new general manager Dave Gettleman gave Apple a "clean slate" this season and the early returns were positive. Apple was one of the team's better players in the opener against the Jacksonville Jaguars and the first half against the Cowboys before injuring his groin.