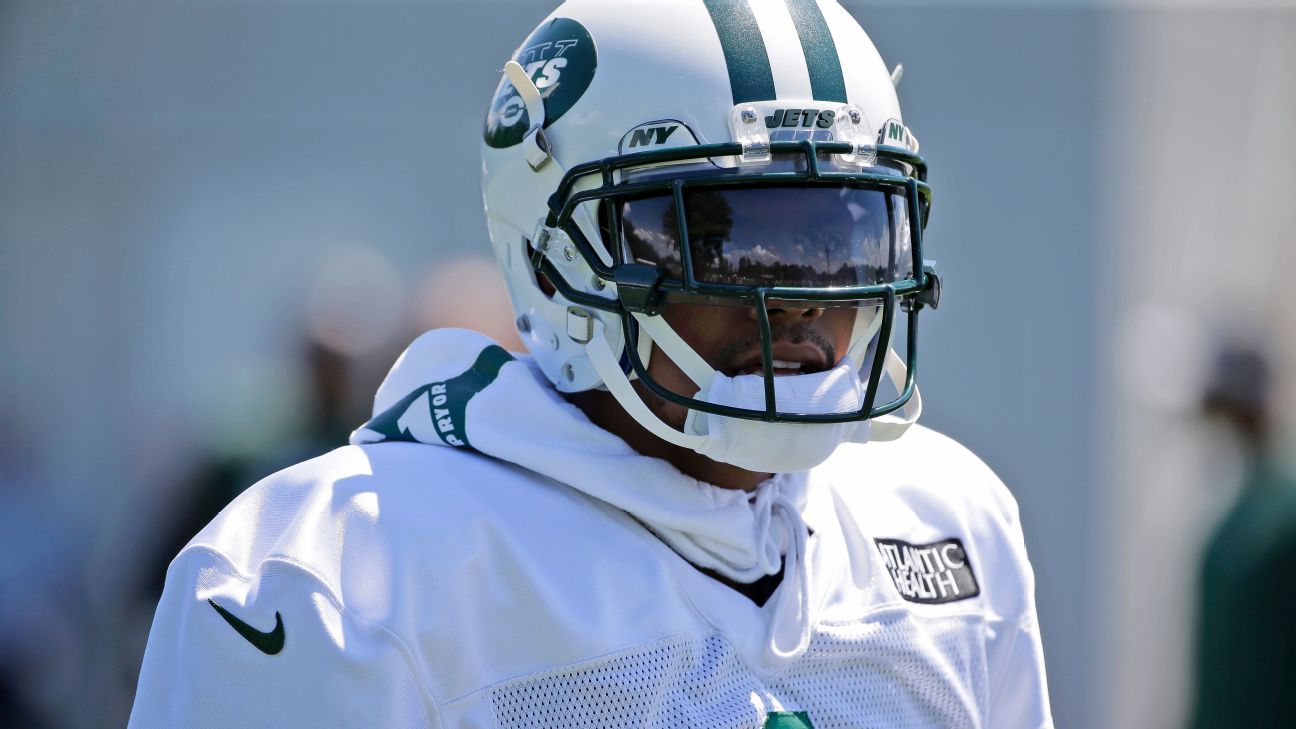 RICHMOND, Va. -- New York Jets wide receiver Terrelle Pryor said it's a "miracle" he's able to play football only three months after his second ankle surgery in less than a year -- the latest of which was more serious than the team let on.

Pryor revealed Monday his surgery in May was to repair a fracture; it was initially reported as a routine cleanup from ligament surgery last fall. He's back practicing, but he said he won't play Thursday night against his former team, the Washington Redskins -- which some might view as a convenient absence.

Pryor could be a marked man, based on offseason comments from Redskins linebacker Zach Brown, who said in June the defense would "have it out" for their former teammate.

The Jets and Redskins are having joint practices this week. Pryor wasn't involved in Sunday's skirmishes, although he did have a brief verbal altercation with cornerback Josh Norman. Monday's practice was calm, with no fights.

"I'm glad nothing happened like [Sunday]," Pryor said. "We're handling it professionally. We can take care of that on the field Thursday, hitting and all that."

Except Pryor won't play Thursday. He's getting limited reps in practice, part of a plan to ease him back slowly. He's also dealing with a minor hip injury, which he believes was caused by inactivity.

"It's a blessing I'm even on the field, being able to compete and make plays," Pryor said.

Pryor was a disappointment last season for the Redskins, finishing with only 20 catches in an injury-plagued year. He tore ankle ligaments early in the year and played hurt until settling for late-season surgery.

The Jets signed him to a one-year, $4 million contract, hoping he could return to his 2016 form. That year, he produced 1,007 receiving yards for the Cleveland Browns.

This spring, before the start of OTA practices, Pryor fractured his ankle, he said. He said it's "amazing" that he's back this soon on the field. He may get some blowback from coach Todd Bowles, who frowns upon players discussing injuries.

Pryor said he needs at least one preseason game to get ready for the season. It won't be against his previous team, eliminating a juicy storyline.

"I want to get out there in front of the fans," he said. "I want to make a play so I can hear the people roar. That's something that's special to me and something I want to do. I know I can make the plays and I will."

For a moment, Pryor and Norman appeared close to a skirmish on Sunday. Pryor downplayed the exchange.

"When I get mad, I just block it out so I really don't know what I'm thinking," he said. "I try to stay away from that. I respect Josh and he respects me. That's why we held off. It's not the right time and let's just work on our craft."
Report a correction or typo
Related topics:
sportsespnpreseasonwashington redskinsterrelle pryornflnew york jetsankle
Copyright © 2022 ESPN Internet Ventures. All rights reserved.
TOP STORIES
Live: R. Kelly sentenced to 30 years on sex trafficking conviction
Husband says wife is scared after brutal subway attack in Queens
Justice Stephen Breyer announces when he will leave Supreme Court
Police looking for new leads in 2004 cold case murder of salon owner
Subway station saxophonist raises $100K after arrest in Midtown
Colorado man gored by a bison at Yellowstone National Park: police
'Alarmingly large volume' of guns seized at Newark Airport: TSA
Show More
Video shows gunman on scooter targeting NYC pedestrian
Car careens into floral shop in Haledon; driver on the run
Giuliani associate Parnas sentenced to 20 months in prison
AccuWeather: Very Warm
Trump WH attorney disputes Hutchinson testimony about handwritten note
More TOP STORIES News