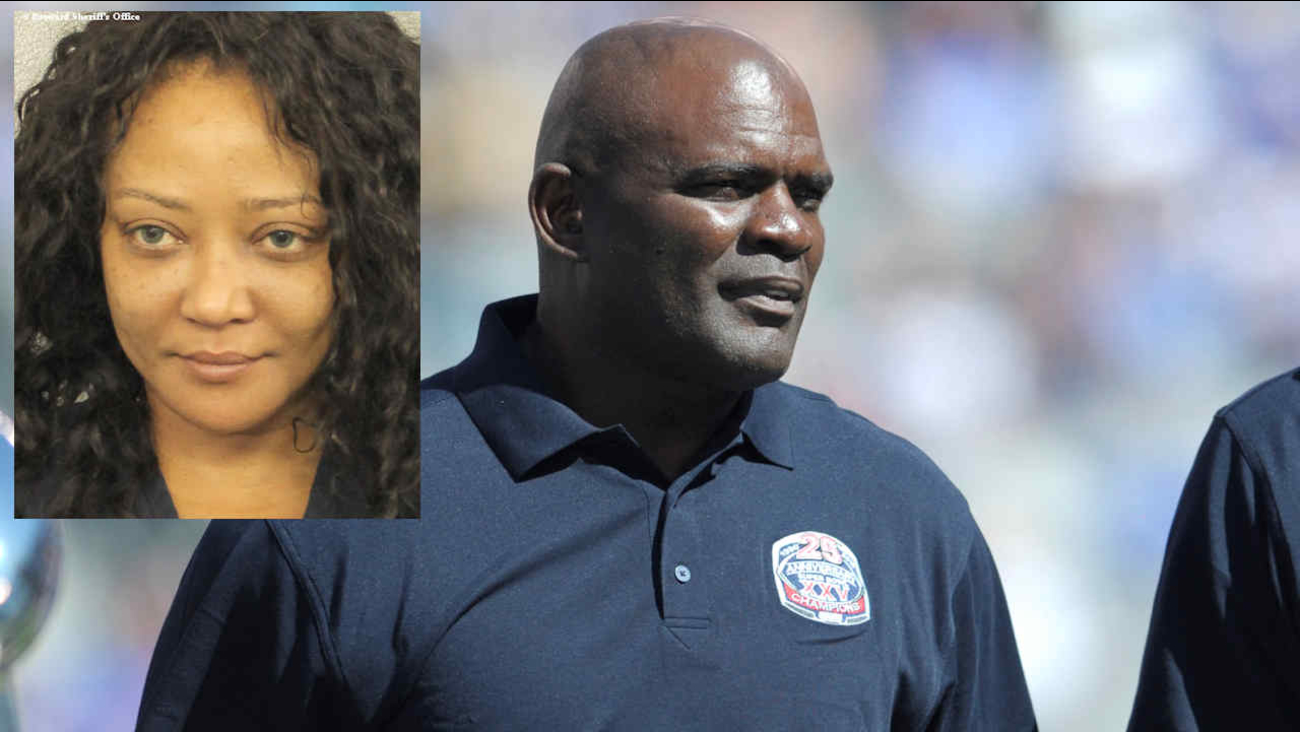 PEMBROKE PINES, Florida -- The wife of former New York Giants linebacker Lawrence Taylor has been arrested on a domestic violence charge after she admitted throwing an object that hit her husband in the head, causing a 3-inch cut.

A Pembroke Pines police report released Friday says 42-year-old Lynette Taylor admitted throwing the unidentified object at their home in South Florida but resisted being placed into custody by police.

Lynette Taylor is charged with battery and resisting an office without violence, both misdemeanors. The report says Lawrence Taylor does not want to prosecute his wife. An attorney for Lynette Taylor was not listed in court or jail records.