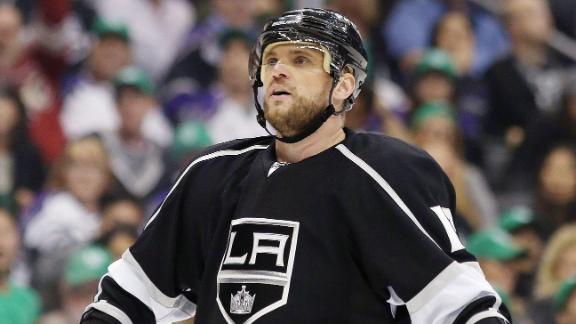 The Stanley Cup champions reached a deal with their late-season acquisition before he became an unrestricted free agent next week.

The Kings acquired the Slovak goal scorer from Columbus on March 5, and he was an immediate hit. Gaborik scored 16 points in 19 regular-season games before leading the NHL with 14 postseason goals during Los Angeles' run to the title.

Playing on the Kings' top line alongside center Anze Kopitar and captain Dustin Brown, Gaborik scored 22 points in 26 postseason games with the Kings before raising the Stanley Cup for the first time in his 13-season NHL career. His 14 goals were one shy of Wayne Gretzky's franchise postseason record.

The 32-year-old Gaborik repeatedly scored in important situations for the Kings, getting the tying goals late in two Stanley Cup finals games and in Game 7 of the Western Conference finals against Chicago.

The Kings are the fourth NHL team for Gaborik, who also played for the New York Rangers and Minnesota Wild. He is a three-time NHL All-Star, but has struggled with injuries in the past two seasons.

Gaborik likely took a pay cut from his last contract, a five-year deal worth $37.5 million with the Rangers. But he gets long-term stability with the Kings and a chance to play for a contender in sunny Los Angeles.

Just as it did in 2012, Los Angeles' championship team will return nearly intact in the fall. The Kings re-signed defenseman Matt Greene to a four-year contract on Tuesday, and the only remaining unrestricted free agent on the title-winning roster is veteran defenseman Willie Mitchell.

Gaborik has scored 704 career points, and he ranks 13th among active players with 347 goals. He has three 40-goal seasons and seven 30-goal seasons.

Gaborik is a two-time Olympian for Slovakia, but missed the Sochi Games with an injury.