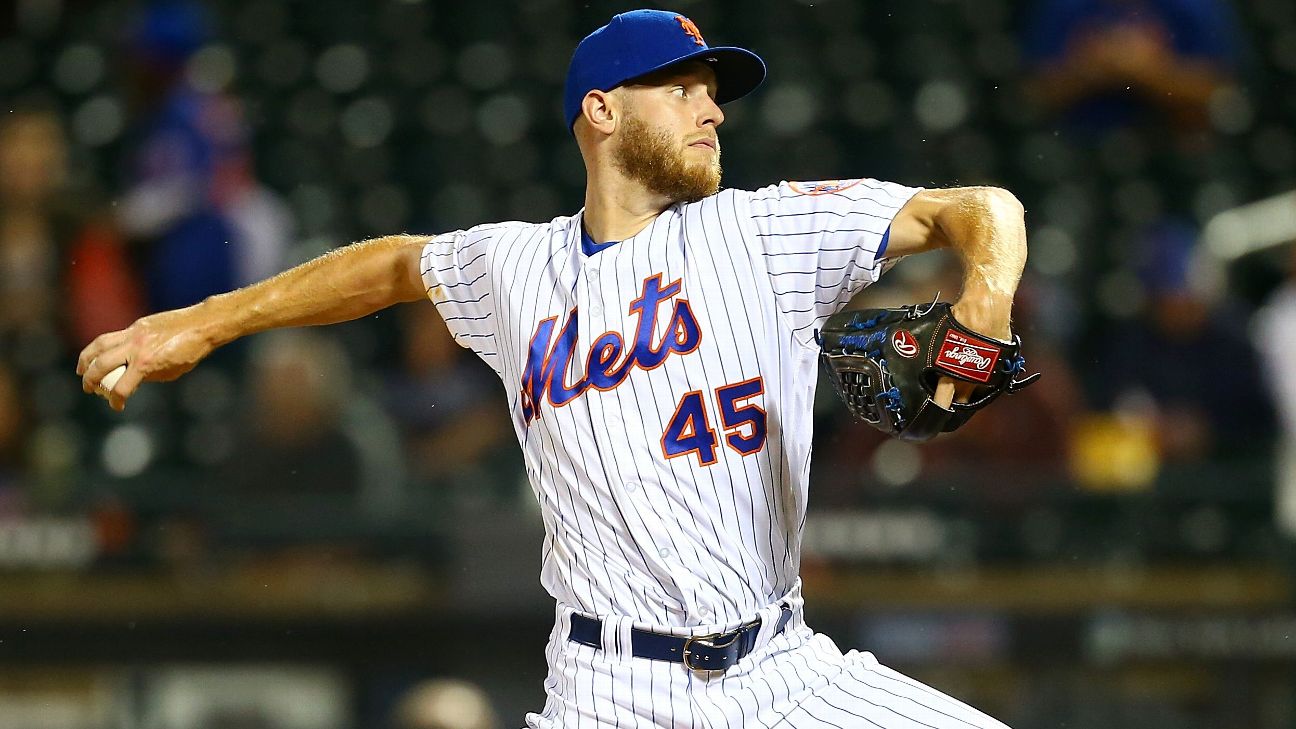 PHILADELPHIA -- The New York Mets are shutting down right-hander Zack Wheeler for the rest of the season as a precaution, ending a career-best year in which he logged nearly 100 more innings than 2017.

Manager Mickey Callaway said before Wednesday night's game at Philadelphia that they'd be "probably taking the best care of him" by holding him out of his final two starts.

"I feel like I had a good season," Wheeler said. "I would have liked to have finished it out, but getting 100 more innings than last season without doing that much the past 2 1/2 years, I think it makes sense to kind of shut it down and not really push it."

Wheeler missed two full seasons after undergoing Tommy John surgery in 2015. He returned last season and was 3-7 with a 5.21 ERA in 17 starts. After beginning this season in Triple-A following a difficult spring training, Wheeler was called up in April and went 12-7 with a 3.31 ERA in 29 starts while throwing 182 1/3 innings.

"He always knew he could be this guy. But when you're actually that guy it kind of opens your eyes to, 'OK, I've got this and I'm going to move forward with it,'" Callaway said. "So hopefully this is a big stepping stone for him in his career."

The 28-year-old Wheeler was dominant after the All-Star break, going 9-1 with a 1.68 ERA and solidifying his hold as the No. 3 starter behind Jacob deGrom and Noah Syndergaard.

Wheeler allowed four runs and three hits in seven innings while earning the win in his final start on Monday against the Phillies, the same night New York was eliminated from postseason contention.

Wheeler said ending his season early was a collective decision made between him and his agent, Callaway and pitching coach Dave Eiland.

"I feel good for the most part," Wheeler said. "The body, after this long, was kind of wearing down a little bit. But if I really needed to, like for a playoff push, I could go out there and finish it up. That's not why I'm stopping. It's just being smart."

Wheeler's emergence has brought confidence that the Mets will have a solid rotation in 2019.

"I think we all made strides," Wheeler said. "Jake's going for the Cy Young. I had a good second half. Steve [Matz] is looking like a new and better pitcher and I'm happy to see that. Noah has been hurt for the most part this year, but he's taken some great strides lately to get back to where he was. And [Jason Vargas]has turned his season around. So hopefully we can all stay on this path."