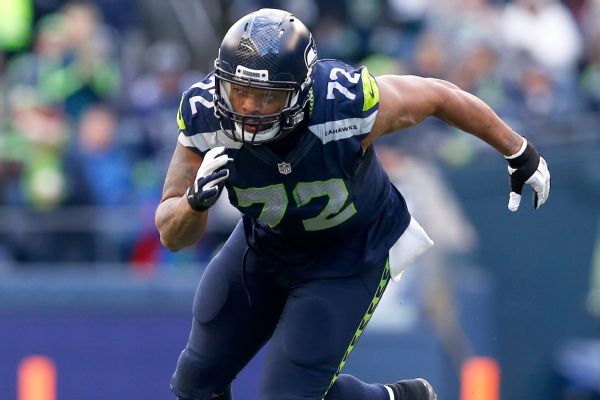 Michael Bennett and the Seattle Seahawks have agreed to a three-year extension through the 2020 season, the star defensive lineman confirmed Friday to ESPN's Josina Anderson.

The three-year deal is worth $31.5 million, with $17.5 million in guarantees and bonuses, sources confirmed to ESPN. Bennett will earn $16 million in 2017 and $19 million by March of 2018. The Schultz Report first reported the terms.

"I'm real happy about making $16 million in the first year, I know that," Bennett told Anderson.

"I'm glad they have the confidence in me to contribute to this great defense and in keeping everybody together. I can't complain; I'm about to be 32, so get as much money as you can while you're playing."

"It just shows the value to Michael and what he's done and how much he means to that team," Doug Hendrickson, Bennett's agent, told The Associated Press. "We knew it was going to be tough and all that, but to get it done is very exciting," Hendrickson said.

The two-time Pro Bowler said during the 2015 offseason that he considered holding out for a new deal, but he ended up showing up to training camp on time. Last offseason, Bennett skipped voluntary workouts but showed up for a mandatory minicamp and training camp.

"It's extremely rewarding. It's been probably a six-month journey in regards to working with Seattle and Pete Carroll and John Schneider and the whole crew over there," Hendrickson told The Associated Press. "It's been a long, arduous journey to get to where we're at now with a few bumps in the road -- i.e. a surgery and a few other things. To culminate this now in a deal that will pay Michael in terms of what his value should be means a lot."

Bennett, who has 29.5 sacks and seven forced fumbles in his four seasons with the Seahawks, had midseason knee surgery that cost him five games. However, he has showed his versatility with success as a pass rusher from the outside as well as his his ability to create pressure on the interior.

Bennett's also improved as a run defender and become a permanent fixture after beginning his career with Seattle as a reserve used mostly in passing situations.

His previous contract took him through the 2017 season.