MLS Power Rankings: New York Red Bulls are on the ascent, but can anyone catch New England? 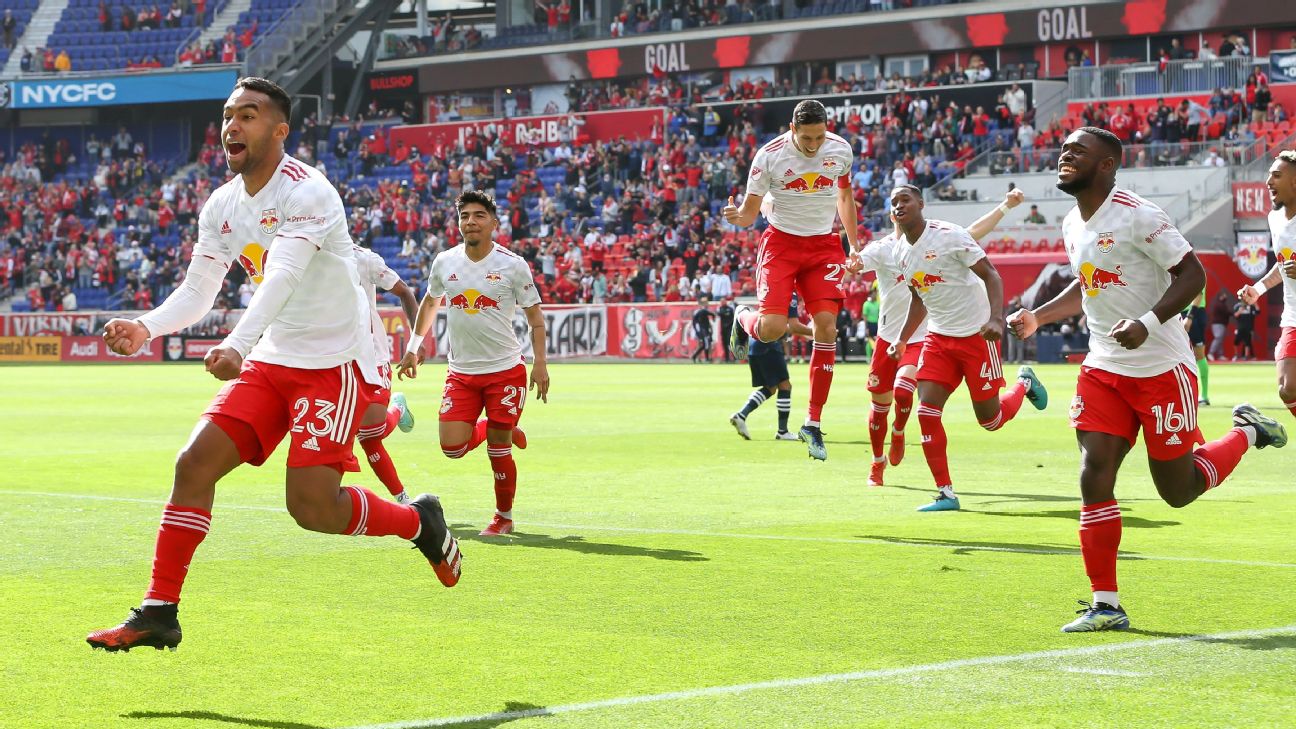 Despite an eyebrow-raising draw with Chicago, the New England Revolution are still on course to lift the Supporters' Shield -- and maintain their firm grasp on the No. 1 spot in this list. Just a few hours south, the New York Red Bulls have spent the past month going from wooden spoon contenders to legitimate playoff hopefuls, and climbing our order in the process.

Find out who else rose and fell in this week's standings, and where your team sits in our Week 30 Power Rankings.

- MLS on ESPN+: Stream LIVE games and replays (U.S. only)

The Revs are still on track to win the Supporters' Shield, and need seven points from their final four matches to break LAFC's record for most points in a season. Yet Saturday's draw against Chicago, which featured two blown leads, was an eyebrow raiser. The Revs still managed to extend their unbeaten streak to seven games, though. -- Carlisle

The Supporters' Shield is just about out of reach, but with a five-point cushion in the West with five games to play, Seattle is inching closer to a first-round playoff bye. -- Bonagura

SKC's 2-1 loss at Vancouver Sunday night was a missed opportunity to cut into the Sounders' lead in the Western Conference but they have a big opportunity to make things interesting this week when they travel to Seattle. -- Bonagura

After beating Cincinnati the week prior, the Union thought they had another three road points in the bag against Montreal, only to cough up a late equalizer in a 2-2 draw. The two points dropped prevented Philadelphia from pulling even with Nashville for second place in Eastern Conference. -- Carlisle

Their eight-game unbeaten streak came to an end in a 2-1 loss to the Galaxy but the Timbers remain in position to host a playoff game and are still one of the hottest teams in the league. -- Bonagura

Nashville's improved road form continued with a 0-0 draw against D.C. United, even as NSC rode their luck at times. While Nashville is probably still tying too many games for manager Gary Smith's liking, his side have also lost just once since mid-August. -- Carlisle

Atlanta's rollercoaster ride through the Eastern Conference standings continued, as its 2-0 win over Toronto FC vaulted the Five Stripes up to fifth place. With its entire remaining schedule featuring teams below it in the standings, Atlanta controls its destiny. A big one against NYCFC looms, though. -- Carlisle

The Rapids weren't able to punch their playoff ticket after a 3-1 loss to Real Salt Lake on Saturday but should wrap it up this week. A win against Seattle on Wednesday would take Colorado to within three of the conference leader with four games left in the regular season. -- Bonagura

The Red Bulls are a team on the ascent, following up their 1-0 win against Miami on Oct. 9 with a similar victory against NYCFC on Sunday. The results put New York just one point below the playoff line, but a tough five-game run to end the regular season means the Red Bulls' task remains daunting.-- Carlisle

The Whitecaps' incredible second half of the season continued Sunday night with a 2-1 win against Sporting Kansas City that kept the team within a point of the playoff line. -- Bonagura

The Loons picked up a huge three points in a 1-0 win at Austin. It keeps them a point ahead of Vancouver in the final playoff spot. -- Bonagura

The Lions used one of their nine lives in escaping with a 1-0 win against Cincinnati, as thanks to no-call from VAR, Orlando somehow avoided conceding a late penalty. Oscar Pareja will take it, as Orlando is now unbeaten in three and closing the gap on Philadelphia and Nashville. -- Carlisle

A pair of late subs paid off for Montreal manager Wilfried Nancy, as Mustafa Kizza and Sunusi Ibrahim combined for a stoppage-time equalizer that kept CFM in the East's seventh and last playoff spot. Results elsewhere meant Montreal still dropped some spots. -- Carlisle

The Black-and-Red had the better of Saturday's encounter with Nashville, hitting the post and creating some clear chances, but still couldn't turn that into goals. (The absence of Edison Flores and Paul Arriola didn't help.) The 0-0 draw means DCU are still above the playoff line, but only just. Two points separate fifth through ninth place. -- Carlisle

Goals from Damir Kreilach, Rubio Rubin and Anderson Julio gave RSL an important three points in a 3-1 win against Colorado. They sit in fifth place but have just a two-point edge over eighth-place Vancouver. -- Bonagura

Cristian Arango has been a bright spot since being acquired from Millonarios in Colombia, but even after his brace in a 3-1 win against San Jose, LAFC have work to do avoid missing the playoffs from the first time. -- Bonagura

Pedro Santos scored from open play for the first time this season, and assisted on two Gyasi Zardes goals in a 4-0 hammering of Miami. The Crew are still in the race for the postseason, but have three teams they still have to climb past. -- Carlisle

The Galaxy's nine-game winless streak came to an end with a 2-1 victory against red-hot Portland after Sacha Kljestan converted a penalty in second-half stoppage time. Without that penalty, the Galaxy would have fallen out of a playoff spot. -- Bonagura

NYCFC are officially in freefall. Not only did Sunday's 1-0 loss to New York rivals Red Bulls push the Blues out of the playoff places, but the defeat now means the Red Bulls are level with the Cityzens on points. Ronny Deila and his players have five games left to save their season. -- Carlisle

A 3-1 loss at LAFC might be the nail in the coffin for the Quakes' playoff hopes. With just five games left, San Jose is eight points back of the final spot and would also need to jump two other teams below the line: Vancouver and LAFC. -- Bonagura

A 2-1 win against Seattle behind brilliant goals from Maxi Urruti and Darwin Quintero show the Dynamo haven't mailed in the end of the season. -- Bonagura

Toronto was eliminated from the playoff race thanks to its 2-0 defeat to Atlanta that snapped a four-game unbeaten streak. Despite the lost season, TFC can still qualify for the CONCACAF Champions League via the Canadian Championship, where it will face Pacific FC in the semifinals. -- Carlisle

Phil Neville couldn't blame Miami's latest loss on the referees. After venting -- and later getting fined -- about the refs in last week's 1-0 defeat to the Red Bulls, the Herons got walloped 4-0 by Columbus. With a six-game-winless streak and a four-game goalless run, only connoisseurs of trainwrecks would enjoy watching this side at the moment. -- Carlisle

Austin is the only team in the West eliminated from the playoffs. New goal: Don't finish in last place. -- Bonagura

Chicago's postseason hopes are officially kaput, although it had been trending that way all season. The Fire still managed to stall New England's run to the Supporters' Shield, with Ignacio Aliseda's late equalizer salvaging a 2-2 draw. Gabriel Slonina's 86th-minute stop of a Gustavo Bou drive kept Chicago in it. -- Carlisle

Dallas has been off since a goalless draw with Minnesota on Oct. 2, but the Ricardo Pepi Hype Train kept chugging along during the international break. -- Bonagura

VAR was no help at all to Cincinnati, as FCC were somehow denied what looked like a stone-cold penalty late in their 1-0 defeat to Orlando. A third consecutive last-place finish in the league-wide table is still very much on track. -- Carlisle 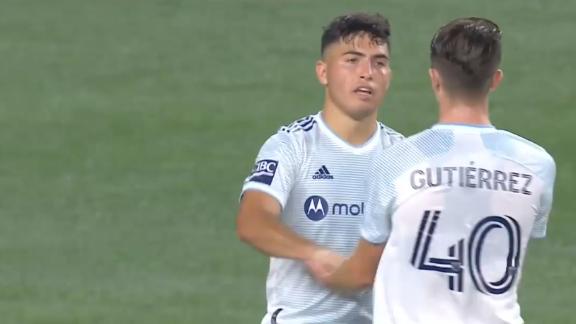 Chicago steals a point in New England with a late goal
Ignacio Aliseda beats Matt Turner with a shot to the far post to earn the Fire a 2-2 draw against the Revolution. 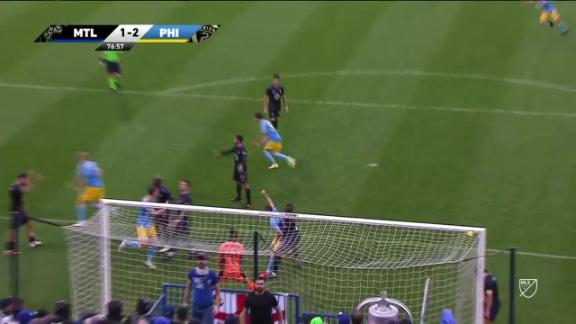 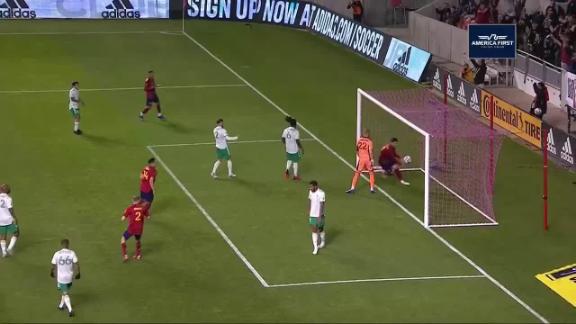 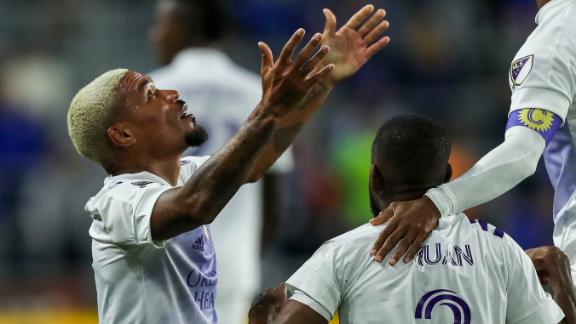 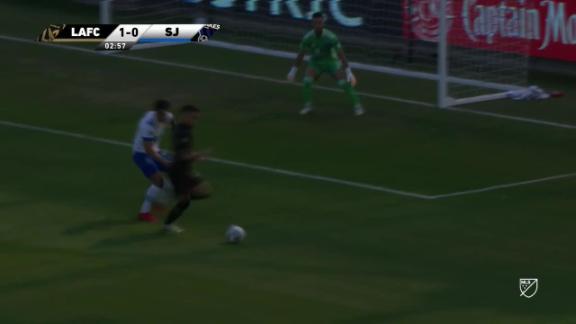 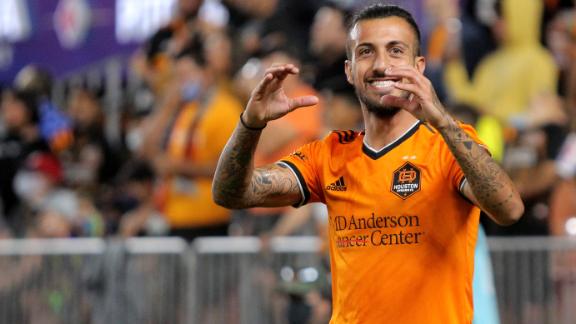 Urruti converts superb volley off the free kick
Maxi Urruti is able to turn his body and put the ball in the back of the net for an incredible goal. 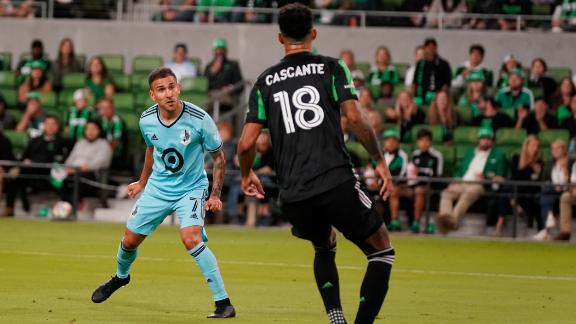