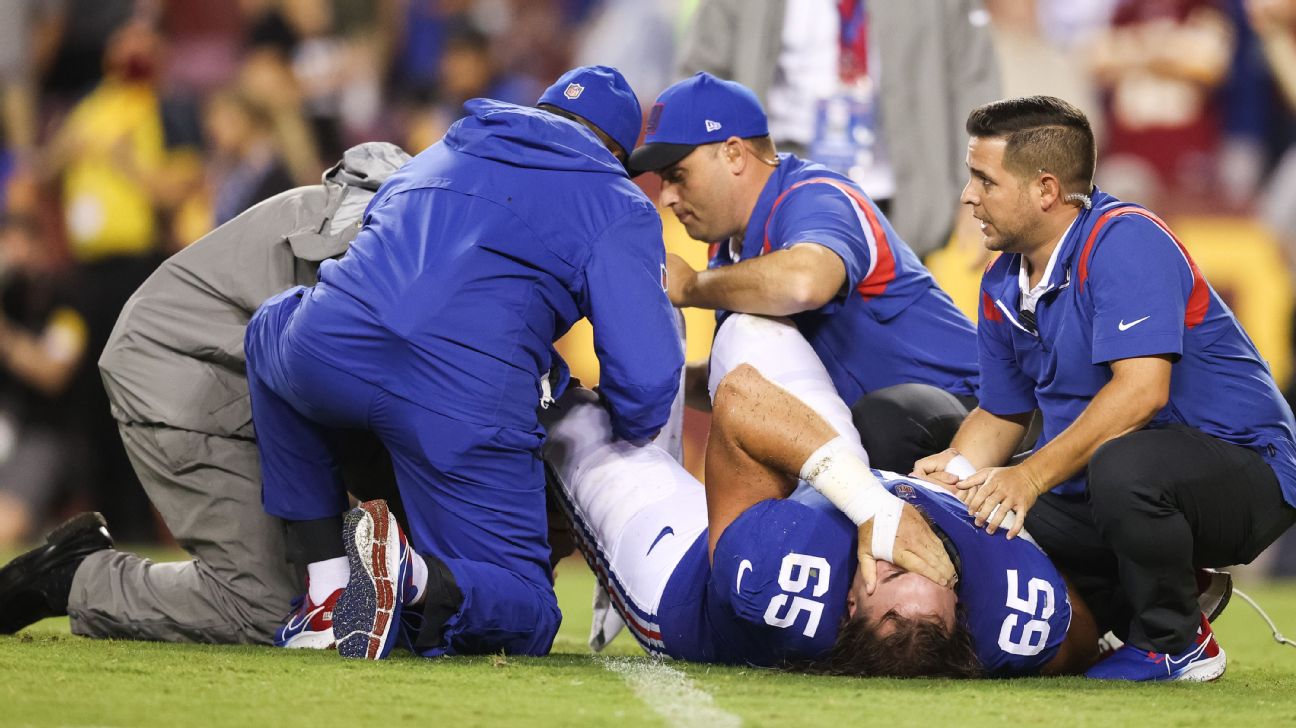 Coach Joe Judge wouldn't completely rule out the possibility of it being a career-ending injury, but he seemed hopeful that that wasn't going to be the case.


"I'd be lying, if from my perspective, if I said no," Judge said to it potentially being a career-ending injury. "I know that there are some comparisons to other players. These things are all different. I know he's going to have the best medical care possible, here or elsewhere whatever we can do. So we are confident he's going to be able to come back."

"Mark my word, Nick will be back in blue next year," he said. "While in some cases these types of injuries can be career-threatening, Nick's situation is not that. It doesn't hurt that he is the toughest guy on the planet."

Two days after snapping his leg, Gates posted a story on Instagram of him walking. He remains in good spirits despite the severity of the injury and the prolonged hospital stay.

Gates, 25, has been in contact with the Giants and his teammates. They even have been trying to find ways to keep him entertained.

"Keep his mind going down there. Xbox or something like that," Judge said. "Listen, the guy is in a bed all day. Trying to take his mind off it. When he gets back, obviously we'll keep this guy as involved as we can with the team."


Gates, a team captain who was starting his first game since 2019 at left guard, was hurt in the first half of Thursday night's 30-29 loss. The injury was so bad that NFL Network's broadcast elected not to show a replay of it.

"I snapped that s--- in half," Gates told Perzley after the contest.

The injury came when Gates got tangled with Washington defensive tackle Jonathan Allen with 5:57 remaining in the first quarter. He was writhing in pain and tossed his helmet as medical personnel rushed onto the field. Judge was comforting Gates in the middle of the field while they attended to his leg.

Gates' leg was placed in an air cast, and he was taken off the field on a cart. He waved to the crowd as he was taken to the locker room after the entire Giants team and part of the Washington sideline came over to wish him well.Gates was then transported to the hospital, where he remains.