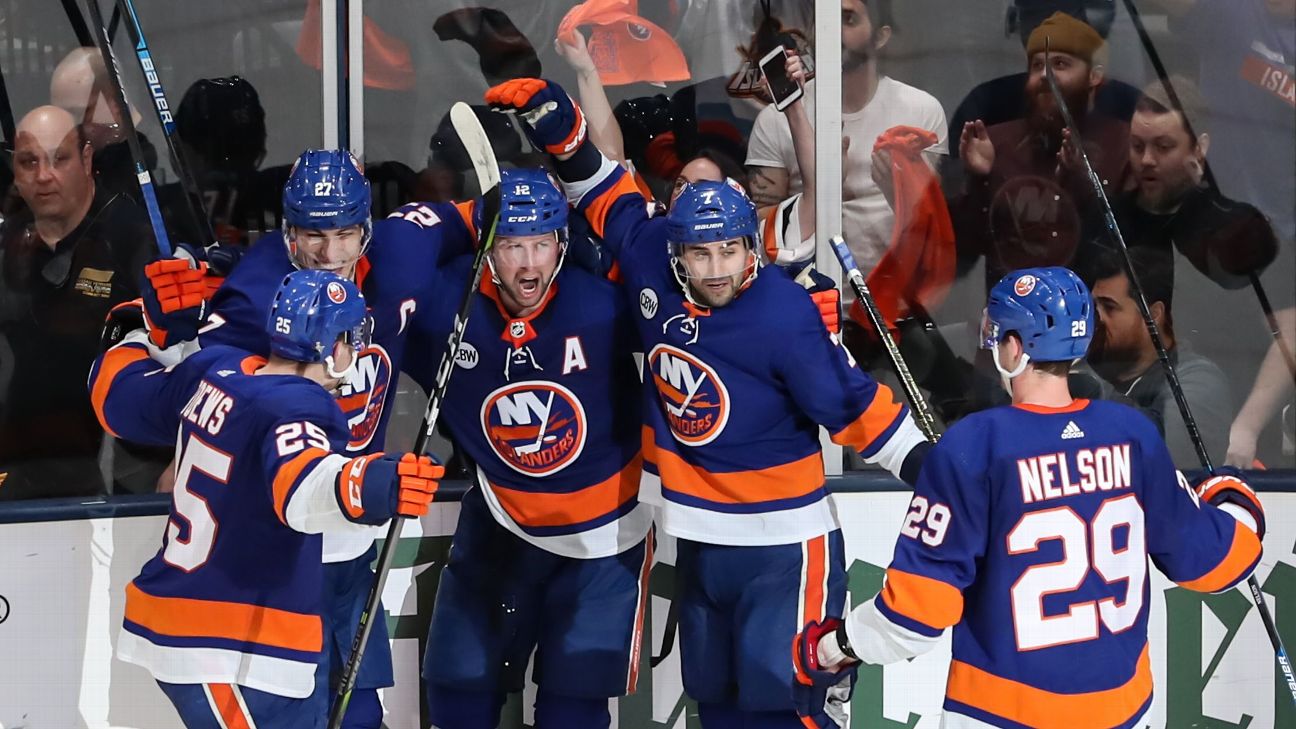 After a surprising playoff run in 2018-19 and a nice pipeline of young talent on the way, what do the New York Islanders do for an encore? Here's everything you need to know about the Isles heading into the 2019-20 NHL season:

The big question: Can they replicate last season's goaltending?

Perhaps one of the summer's most shocking moves was the Islanders letting contract talks fall apart with Robin Lehner -- a finalist for the Vezina Trophy last season. (Lehner signed a one-year, $5 million deal in Chicago). The duo of Lehner and Thomas Greiss won the William Jennings Trophy for allowing the fewest goals in the league.

The Islanders clearly have faith in their system and heralded goaltending coach Mitch Korn, as they opted to sign Semyon Varlamov (three years older than Lehner, and five years removed from his Vezina finalist season). Can Greiss maintain his .927 save percentage, or is he due for a fall-back-to-Earth regression?

Besides the Varlamov-for-Lehner swap, there's not a ton that's different with this team. The big free agency move was re-signing captain Anders Lee to a new deal. The only other regular not returning is third-line center Valtteri Filppula. He will be replaced by veteran Derick Brassard, who is looking to settle back in after a season on the move. At 32, Brassard signed for one-year, $1.2 million, which could be one of the better value signings of the summer. New York has nearly $5 million in cap space available.

The Islanders make the playoffs again. The Islanders' metropolitan rivals in Manhattan and Newark hoarded the summer headlines. Meanwhile, the Islanders did virtually nothing, aside from letting their Vezina-nominated goaltender walk. Last year's surprise playoff team felt like a perfect storm of everything going right. But we feel like the Islanders have the right coaching and structure from Barry Trotz -- not to mention a few budding stars -- to get this team there yet again.

Yeah, we're cheating a bit by picking two, but the young defensemen play much better as a tandem. They began to flash their promise during the latter half of last season and impressed in the shocking first-round sweep of the Pittsburgh Penguins, in which they were instrumental in shutting down Sidney Crosby. Pulock and Pelech should get the recognition they deserve as household names by season's end.

The defense. The Islanders went through an incredible transformation from allowing the most goals in the league (293) to the fewest (191) in just one year's time. That same group, that same coaching, and that same stifling structure return for 2018-19. And many of the young defensemen are just coming into their own.

Forward depth. The top line has top-end talent, led by Mathew Barzal at center and Anders Lee and Jordan Eberle on the wings. The second line isn't too shabby. After that, there's a significant talent drop-off. The Islanders don't expect much offensive production out of this bottom-six group, which is good, because they're likely not going to get it.

Much like their middle-of-the-road overall rank, the Isles were right around average in prospects (No. 15), NHL roster (No. 16), with the cap/contracts a little lower (No. 22) and owner/GM/coach rated a little higher (No. 10).

Clearly, especially by looking at Greiss' career trends, the Barry Trotz-coached Islanders are a fantastic place for a goaltender. But can Varlamov pull off what Lehner did last season? Greiss is still around to eat into the workload and Varlamov's big season was now six years ago, but you have to be intrigued based on the cost of acquisition.

Mathew Barzal took a hefty step backward in his sophomore campaign -- probably due to the absence of John Tavares as a shield from opposing defenses. Does that mean this is the new normal for the Islanders top forward? Actually, yes. Given the current state of the team and little to no changes to the roster from last season, 65 points should be the expectation for now.