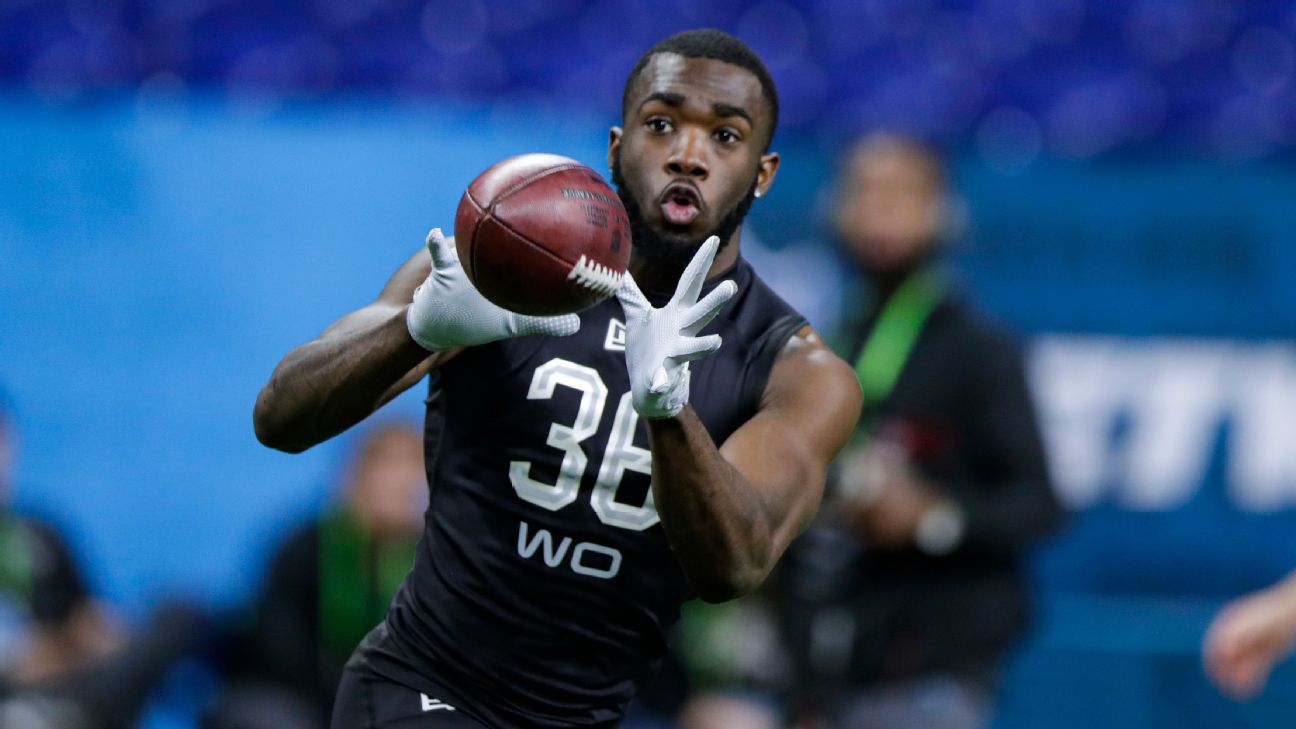 New York Jets rookie wide receiver Denzel Mims, projected to have a prominent role on offense, will not play Sunday against the Buffalo Billsafter injuring his "good" hamstring in practice.

Mims, a second-round pick out of Baylor, lasted less than two practices before pulling out Thursday with his second hamstring injury in a month.


After missing training camp, Mims practiced fully on Wednesday for the first time, drawing praise from coach Adam Gase, quarterback Sam Darnold and other teammates. He was expected to be involved in the game plan Sunday.

On Thursday, Mims pulled his other hamstring. While it's not considered as serious as the original injury, according to Gase, it appears likely he will miss multiple games and could be placed on injured reserve. Under new rules, he'd be eligible to return after three games.

"It's a shame because (Thursday), when we were doing routes versus air, I was seeing him really come off the ball," Gase said. "The way he was running, the way he was executing some of the cuts we were doing, I was getting fired up."

Gase said Mims was "a little tentative" Wednesday, and that he "started juicing it up pretty good (Thursday) and we had to pull him out."


"I feel like s--- for him because I feel like he worked really hard to get back," Gase said.

It leaves the Jets with only four healthy receivers -- Breshad Perriman and Chris Hogan on the outside, with Jamison Crowder and Braxton Berrios in the slot. They probably will elevate a receiver from the practice squad.

In other injury news, linebacker Avery Williamson (hamstring) missed practice for the second straight day and was ruled out. They have only two healthy inside linebackers. Safety Marcus Maye hurt an ankle in practice, but is expected to play.