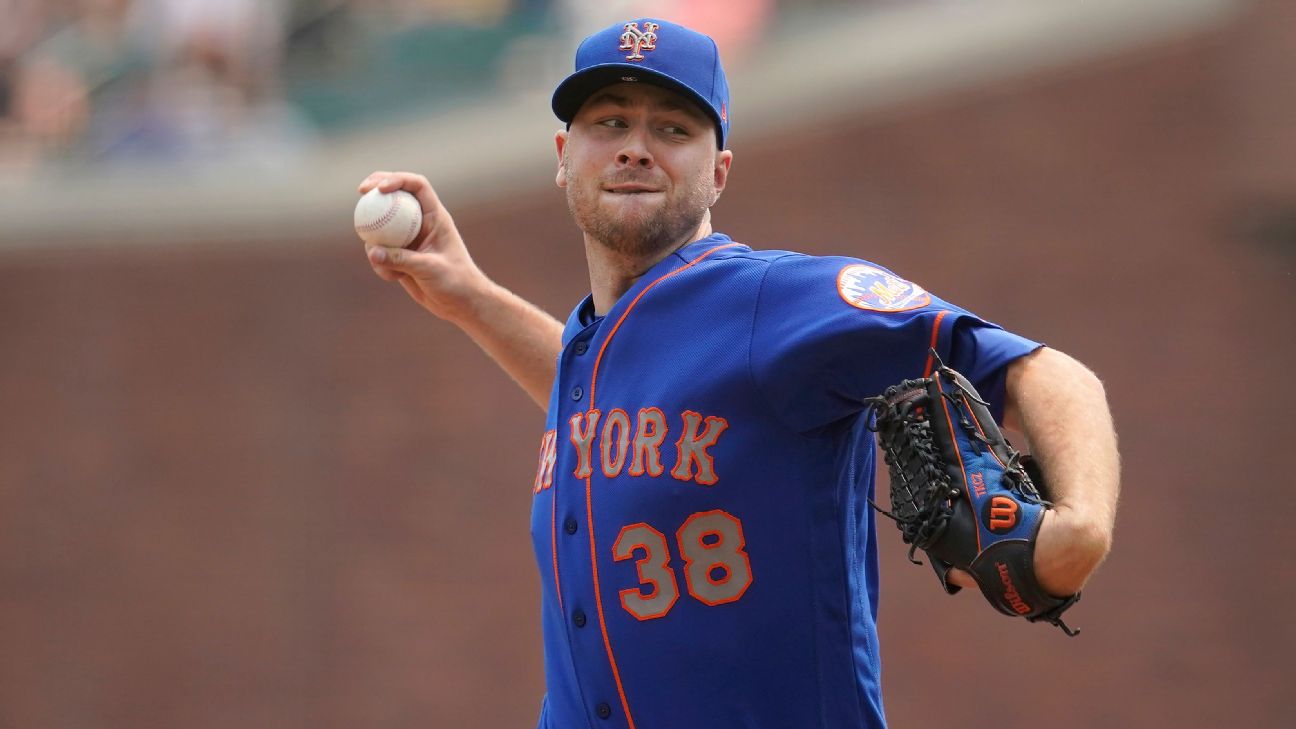 New Mets manager Buck Showalter announced Megill's role for Thursday during New York's workout at Nationals Park on Wednesday. The Nationals, who are withoutStephen Strasburgas he continues to return from surgery, will send left-hander Patrick Corbin to the mound.


DeGrom, the 2018 and 2019 NL Cy Young Award recipient, is expected to miss several weeks because of a problem with his right shoulder blade. Scherzer, a three-time Cy Young honoree who joined the Mets on a three-year, $130 million deal as a free agent this offseason, has been dealing with a right hamstring issue that arose late in spring training.

Scherzer threw on flat ground in the outfield Wednesday. Showalter said the former Nationals pitcher, will take fielding practice Thursday before a decision is made on whether he can start the second game of the season on Friday.

If Scherzer does not pitch in Game 2, the manager said, he could slide further back in the rotation or be held until after an April 14 day off that precedes the Mets' home opener the following day.

Tomorrow's opener has been pushed back to 7:05pm from 4:05pm due to inclement weather.


Showalter told Megill of his selection for Thursday's game during the workout at the stadium.

OF Brandon Nimmo said his stiff neck felt "a lot better" during Wednesday's workout but he couldn't say for sure whether he would play Thursday. Nimmo felt the neck tighten up during an exhibition game Sunday and said Wednesday it is a "range of motion" issue that affects things such as turning to look at the pitcher while batting. ... The Mets signed RHP John Curtiss to a one-year major league contract with a club option for 2023. The 29-year-old reliever had reconstructive elbow surgery last August and will sit out this season on the 60-day IL. ... In other moves, New York selected the contracts of LHP Chasen Shreve and OF Travis Jankowski and designated INF Travis Blankenhorn and RHP Jordan Yamamoto for assignment.
Report a correction or typo
Related topics:
sportsespntylor megillnewsjacob degrommlbopening daymax scherzernew york mets
Copyright © 2022 ESPN Internet Ventures. All rights reserved.
TOP STORIES
Flight delays ease up amid chaotic 4th of July weekend travel
1 killed, several injured in shooting at mechanic shop in NYC
Ex-boyfriend arraigned in murder of Upper East Side mom
Good Samaritan tries to save man seen jumping in Hudson River
Smoky 4-alarm fire breaks out in New Jersey building
AccuWeather: Less humid
Man shot in the head while riding scooter in the Bronx
Show More
3-year-old boy dies after falling from 29th-floor balcony in Manhattan
Where to watch 2022 Fourth of July fireworks
Macy's 4th of July Fireworks 2022: Everything to know
Jet truck driver killed in air show accident | VIDEO
NYC public school supplies, food, COVID tests found dumped
More TOP STORIES News