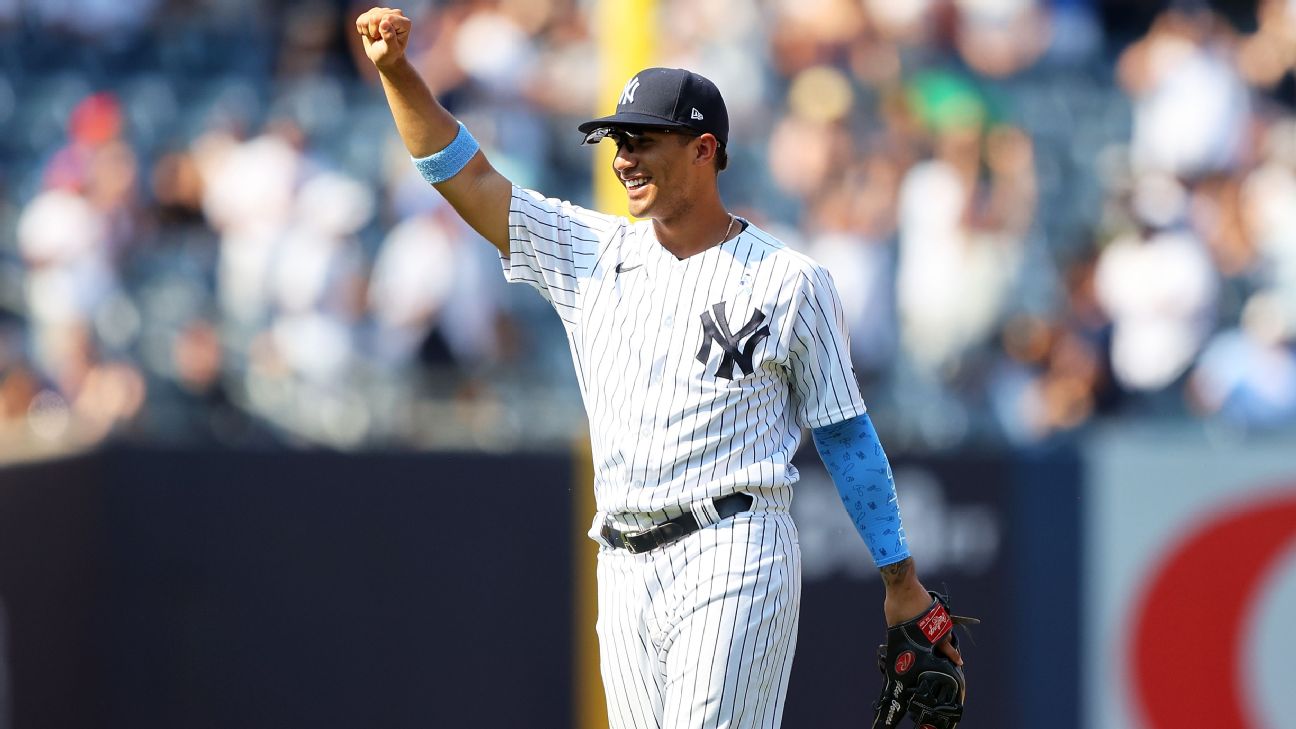 NEW YORK --Gleyber Torres is being moved back to second base from shortstop by the New York Yankees.

Torres, 24, was primarily a second baseman during his first two seasons with the Yankees in 2018 and 2019. He filled in at shortstop when Didi Gregorius got hurt and was moved there for 2020 after Gregorius left as a free agent to sign with the Philadelphia Phillies.


Torres made nine errors last year and has 18 this season, the second most in the American League behind Toronto's Bo Bichette. Torres had a pair of errors in a weekend series at the New York Mets, including one that led to three unearned runs in Sunday night's 7-6 loss.

DJ LeMahieu moved to third and Tyler Wade was at shortstop for Monday's game against Minnesota. Yankees manager Aaron Boone said Gio Urshela likely will be shifted from third base to shortstop starting Tuesday night at Baltimore.