Odell Beckham Jr. agrees to extension to be highest-paid WR 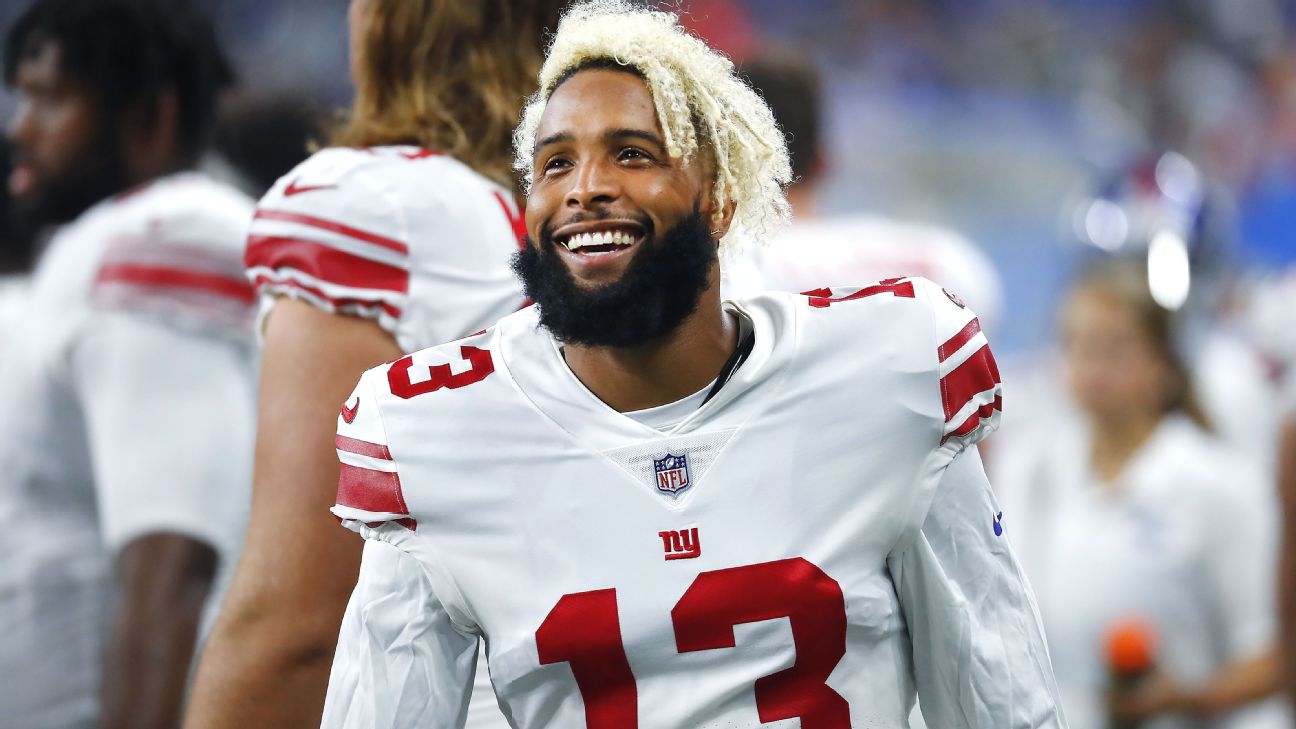 Odell Beckham Jr. has agreed to a five-year extension with the New York Giants that makes him the highest-paid wide receiver in football.

The three-time Pro Bowler can receive a maximum $95 million over the course of the deal ($90 million base value plus $5 million in incentives), with $65 million in total guaranteed money, a source told ESPN's Josina Anderson, including $41 million fully guaranteed at signing.

Beckham was set to make $8.4 million on the fifth-year option of his rookie contract. The agreement reworks Beckham's 2018 contract into a $1.459 million salary with a $20 million signing bonus. The Giants will save $3 million against the cap.

"We got him until he's 108," Giants general manager Dave Gettleman quipped. "I never worried whether or not we would get it done. I'm pleased, because the litmus test for a contract is that neither side is ticked off before the ink can dry, and neither side should be ticked off. It's a very fair deal."

Beckham has been seeking a contract extension for the better part of the past two years, and he was optimistic in recent weeks that a deal would work itself out. He is now under contract through 2023.

The deal opens the door for Beckham to make a return to the field for the Sept. 9 season opener against the Jacksonville Jaguars. Beckham has not played in the preseason after breaking his ankle in October and with the likelihood of a new deal lurking.

"Honestly, I don't even know how to explain it," Beckham said in a statement. "I don't know if it's a relief, I don't know -- it's a combination of everything. You've worked all your life to get to this point and it's finally here."

Beckham felt that securing a new deal would be just a matter of time.

"I knew that it would get done; it just was a matter of when. And I'm just so happy that it is finally done now," he said.

ESPN's Jordan Raanan and The Associated Press contributed to this report.