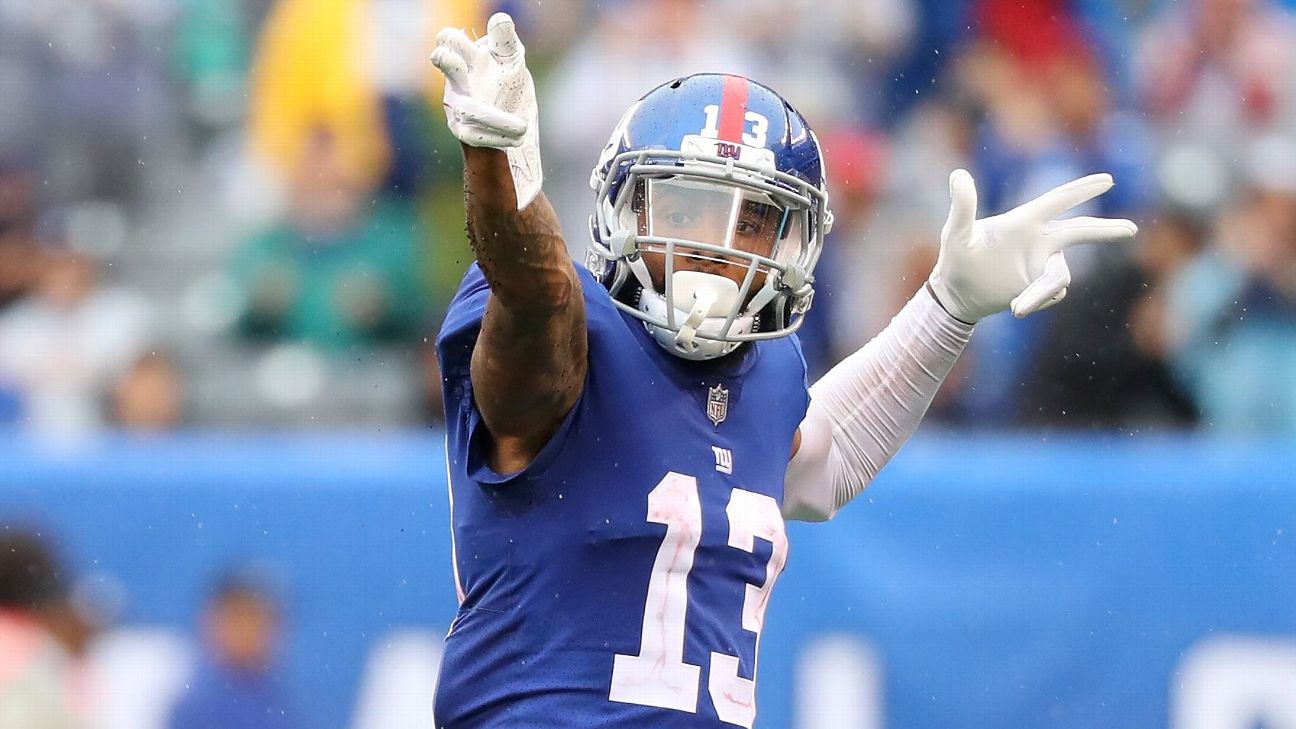 The New York Giants' star wide receiver also looked at his 11-catch, 111-yard performance and wasn't overly impressed, even if there was room for at least one touchdown and several other big plays if quarterback Eli Manning had cooperated.

"There were a lot of things I went and looked at. Stuff that I felt like I could've done better," Beckham said. "There's little chances we had in the game that could've been a difference. It's just about connecting on them, and just getting the small details down. Whether it's getting the depth of your route, which is something I've always felt like I needed to work on.

There was one play in particular that Beckham was running open in the end zone and Manning's pass sailed over his head. Beckham was bumped slightly by the safety, possibly throwing off the timing. Manning also mentioned thinking Beckham would run the route a little more outside than he did.

These are the minute details that prevented the Giants from beating the Jacksonville Jaguars. They lost 20-15 and their only offensive touchdown came on a Saquon Barkley 68-yard run.

"It's just first-game stuff. Everybody getting on the same page, and just connecting," Beckham said of what went wrong on that near-miss with Manning in the third quarter that could've been the difference. "You got to hit those, and we didn't connect on that one.

"It's like, first game of the season. OK, we can watch all of that film. Next time, we'll hit it. The time after that, the rest of the time, we start hitting it. First game, we'll just have to deal with it."

There is optimism moving forward, in part because the ankle Beckham shattered in Week 5 of last season is healthy. He didn't take a single snap in the preseason.

The Giants play on the road against the division rival Dallas Cowboys on Sunday in an important NFC East game. Both teams lost their openers. Somebody will be 0-2.

"Very [important]," said Beckham, who also noted he has a special touchdown celebration planned if he reaches the end zone for the first time on Sunday night. "[Wide receivers coach] Tyke [Tolbert] always says somebody is always going to come out on the end of a play with a win and a loss. Might as well not be you.

"We plan to come out and win. That's always the goal is to win. I hate losing, anything."

Beckham was optimistic about the Giants and the way they fought in the opener. He also sees reasons to believe their offense will improve. This was their first regular-season game under Pat Shurmur.

Shurmur's offense had Beckham all over the field. He was lined up in the slot, out wide, in the backfield, in bunch sets inside the hashmark and even was in motion on more than a few plays. This has Beckham excited that future success is on the horizon.

"There's going to be matchup problems across the board that they're going to have to deal with, and if they're cool with dealing with that, that's fine," Beckham said. "I know that these other guys, [Sterling Shepard] and [Evan Engram] and everybody else is going to make plays, it's going to make it tough. Once we get going, and really get going, I'll really see it. I don't want to say impossible, but very hard to stop this offense.

"Get the run game going, get the passes, the play action, like everything. Once it gets moving, it's going to be tough."

Especially if Beckham is healthy and playing even better than he did in the opener.