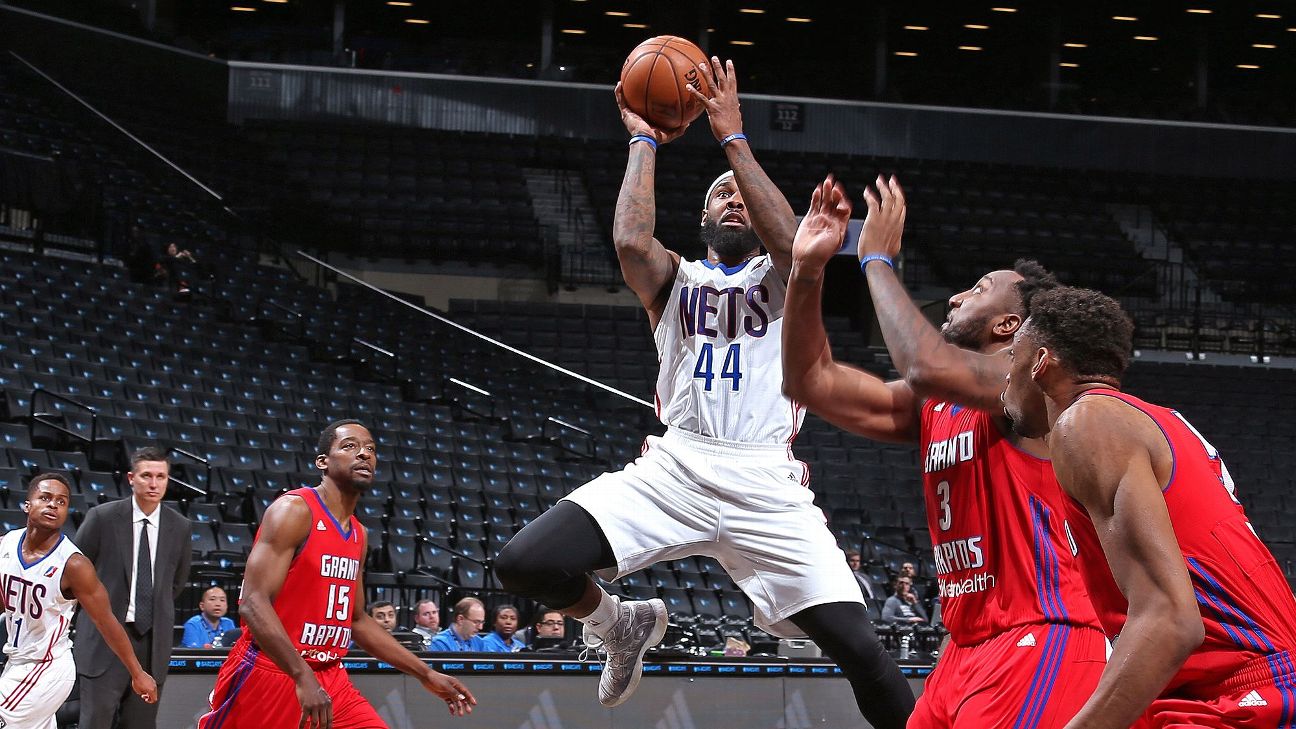 CHRIS MCCULLOUGH GLIDED through the air for a two-handed stuff at the rim. It was Jan. 12, 2017, and the Long Island Nets' momentum was mounting.

Inside Barclays Center -- the Brooklyn Nets' G League affiliate also called the arena home during its inaugural season -- Long Island was amid a fourth-quarter comeback against the Greensboro Swarm.

Normally, fans would go wild, the collective inhale reverberating as McCullough raced toward the basket. When he finished with 37 points in an overtime win, fans typically would have cheered their star player off the court, screaming for autographs as he exited.

But virtually nobody was there. The buzz inside a normal arena was replaced by silence.

"I went to Syracuse, so I was used to playing with big [numbers of] fans," McCullough said, referring to the university's Carrier Dome, which can seat more than 35,000 people for a basketball game.

And it wasn't just one game. Due to a delayed reopening of Long Island Nets' own arena in Uniondale, New York, as well as scheduling and staffing issues at Barclays Center ahead of the 2016-17 season, nearly every one of the Brooklyn facility's 17,732 seats were vacant whenever Long Island took the court that season.

An empty arena is a foreign concept to many NBA players, but as the coronavirus pandemic continues to threaten the 2019-20 season, what Long Island experienced could be the only path for play to resume.

On March 12, the Golden State Warriors and the Brooklyn Nets were slated to become the first teams to try it -- with the rest of the league to follow suit -- but the NBA suspended its season the night before.

At the time, Brooklyn center DeAndre Jordan said it would be "extremely tough" to play in a game he likened to a scrimmage. Warriors guard Stephen Curry said "nothing" could prepare him for the experience.

On Monday, NBA commissioner Adam Silver told TNT's Ernie Johnson that, "Player safety and the health of everyone in the NBA family has to come first. That may mean there is a scenario in which we can play without fans."

For one season inside Barclays Center, members of the 2016-17 Long Island Nets provided a glimpse into what professional basketball could look like -- and sound like -- without fans in the stands.

"It was as awkward as you can imagine," former Long Island forward Lazar Hayward said. "Maybe even a little more."

MORE:The NBA's big financial questions and what comes next

LONG ISLAND PLANNED to play its inaugural season in the newly renovated Nassau Veterans Memorial Coliseum -- 30 miles east of Brooklyn -- but the reopening was delayed. By the time the decision was made to use Barclays Center, the arena was already fully booked with NBA and NHL games, as well as concerts.

It meant the majority of the G League team's home games would tip off on weekdays around 1 p.m. -- not exactly prime time for a sporting event.

Ownership couldn't justify the cost of paying more arena workers and vendors during obscure tipoff times. Apart from a few exceptions, the arena was then closed to the general public.

"It was very, very strange," former Long Island guard Trevor Cooney said. "You were only allowed to leave two to four tickets, and it was only for parents, family members, friends, an agent or a manager. They had to have some kind of connection to you."

Long Island estimated that only about 100 people -- including players and coaches -- were in the building for home games.

The team did eventually settle into a routine. Hayward said it took him five games to get used to the emptiness.

When former Butler University point guard Ronald Nored got the Long Island head-coaching job in April 2016, the excitement about his new gig overshadowed the optics of competing in an empty arena, even for someone who played in front of 70,000 fans packed into NFL stadiums during the Bulldogs' runs to the 2010 and 2011 national championship games.

"It kind of became our thing," said Nored, who is now an assistant coach with the Charlotte Hornets. "I did not have a bad experience at all with it. It was definitely unique."

In some ways, the games retained a semblance of a normal atmosphere. Bubbly Top 40 songs pumped through the arena sound system during pregame warm-ups. Security guards stood at each corner of the court. The PA announcer bellowed out the starting lineups.

But every noise, from the sneakers squeaking against the court to the shot-clock buzzer sounding, was amplified inside a cavernous arena.

Coaches and players didn't have to strain to listen into opposing huddles. There was no need to shout out playcalls across the court; everyone could hear anything louder than a whisper. Nored said that coaches took extra care not to call plays too loudly, otherwise their entire playbook could be exposed.

"[The sounds] echoed off the walls," Cooney said. "You could feel the emptiness."

And then there were the technical fouls.

Without the constant buzz of fan chatter, referees easily picked up on four-letter words that slipped out after non-calls under the basket.

"We had some characters on that team," Nored said. Unfortunately, Long Island's players couldn't get away with much.

"There were a lot more technicals called in our games than other games I'd ever played in," Cooney said.

Between the Nets and their opponents, 51 T's were called during Long Island's 24 home games in 2016-17, according to the Elias Sports Bureau, which was tied for third in the league. When the team made the move to Nassau Coliseum the next season, that ranking dropped into a tie for 10th.

Nored realized early he needed to keep his temper under control, because not only could the referees hear everything, so could Brooklyn Nets general manager Sean Marks, who was often seated a few rows behind the bench.

"From my standpoint, there are times you want to lay into a referee or argue your case for your player," Nored said. "And in a big arena [full of fans], people may see you and they may catch you on video doing it, but they can't hear you."

Stories about the near-silent arena experience made their way around the G League circuit. By the time Chicago Bulls guard Ryan Arcidiacono, who was with the Austin Spurs at the time, played against the Long Island Nets, they had made their way to the renovated Nassau Coliseum and in front of fans. But he knew the legend of the empty arena all too well.

"I heard it was so empty," Arcidiacono said, "that you could hear the radio guys talking during free throws."

THE HORNETS MADE two trips this season to Barclays, Nored's old stomping grounds. Before each game, he reminded players of the atmosphere his former team played through for an entire season.

As he put guardDevonte' Graham through a series of pregame warm-ups inside a near-empty Barclays Center, Nored looked around and gave the second-year player a glimpse of what life was like without a home-court advantage.

The NBA's hiatus reached four weeks on Wednesday, and plenty of hurdles remain as Silver and the league ponder next steps.

While it certainly would be an adjustment for LeBron James and Giannis Antetokounmpo to pick up their MVP campaigns in front of no fans, and for Zion Williamson and the New Orleans Pelicans to make their playoff push with rows of empty seats around them, it could be part of the solution that brings games back.

And as long as the ball is bouncing, Nored believes the arena atmosphere can still have a pulse.

"What I learned through the experience is you find ways to create the energy when you don't have it from the fans," Nored said. "[Our team] did it with each other, because that's the only option that you have." 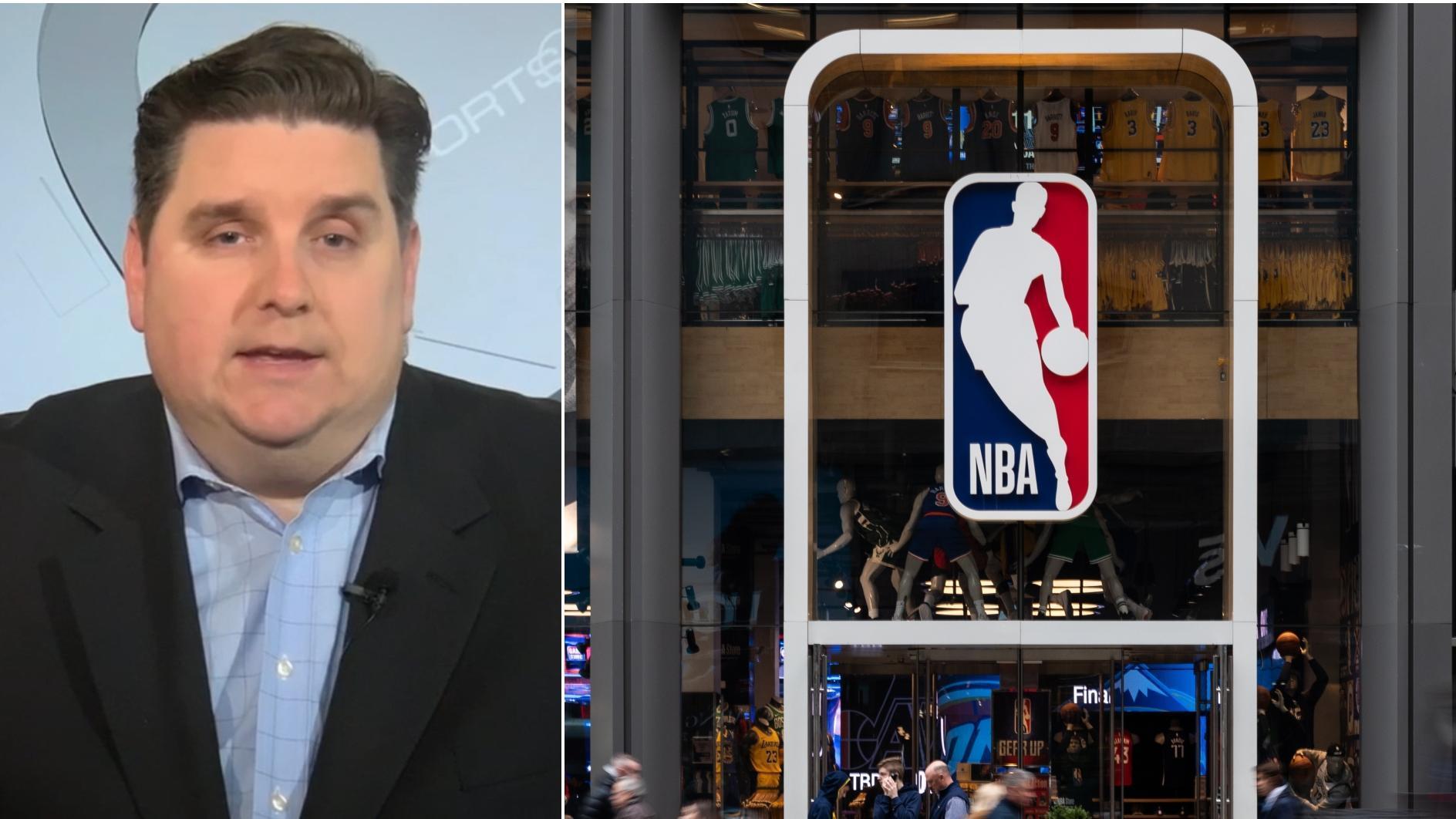