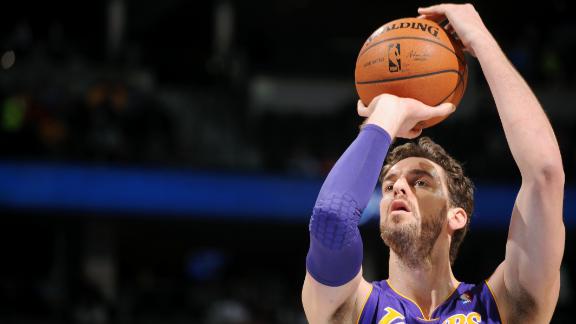 Gasol said Tuesday that, after speaking with Bulls players Derrick Rose and Joakim Noah, "instinct told me to pick Chicago."

The 7-foot Spanish forward said Chicago was a logical choice since "without doubt, it is one of the championship favorites in the East alongside Cleveland."

The 34-year-old Gasol, who departs the Los Angeles Lakers after six-plus seasons, said while the Spurs and Thunder were options, "nothing is guaranteed wherever you sign. I'm happy with my choice."

The Bulls and Gasol agreed on a multiyear deal Saturday, when the four-time All-Star announced his decision on Twitter.