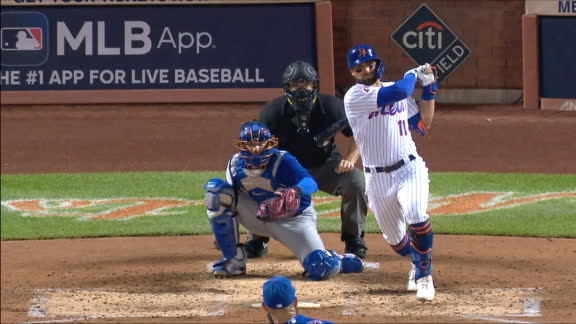 NEW YORK -- - David Peterson pitched one-hit ball over six scoreless innings for his first win in two months, and the New York Mets beat the Chicago Cubs at home for the first time in exactly four years with a 5-2 victory Monday night.

Dominic Smith homered for the Mets, who stopped Chicago's five-game winning streak in the opener of a four-game series between NL division leaders. New York scored all its runs with two outs and earned its first win at Citi Field against the Cubs since a 9-4 victory on June 14, 2017.


Chicago won the next seven meetings in Queens - a four-game sweep in 2018 and a three-game whitewash in 2019 - by a combined margin of 40-16. The teams didn't play each other during the pandemic-shortened 2020 season.

Peterson (2-5) was 0-4 with a 6.32 ERA in his last nine starts, including 0-2 with a 9.88 ERA in his previous four appearances. But he allowed just a third-inning single to Eric Sogard - then picked him off second to end the inning - and a leadoff walk in the sixth to Sergio Alcantara.

"Being able to execute over and over again tonight felt really good," Peterson said.

"We believe in David and we know how good he is and how good he can be - and he showed it tonight and he's showed it in the past," Smith said. "That's a No. 1 team in their division, so to go against a good club like that and compete and show that he wasn't afraid ... we're just happy he was able to do it tonight."

Smith, who was 2 for 3 with a walk, also ended a slump Monday. The left fielder, moved into the No. 3 spot in the lineup by manager Luis Rojas, walked in the first before breaking out of an 0-for-20 stretch in the fourth, when he singled for the Mets' first hit off Jake Arrieta.

Smith advanced to second when Billy McKinney drew a two-out walk and scored on James McCann's single. Kevin Pillar clipped McKinney, who was leading off third base, with a foul ball one pitch before hitting a two-run double to left-center.

Smith homered to center in the fifth to make it 4-0.

"I just felt good. I went through my routine today, I had a purpose for it," said Smith, who said his legs felt stronger than they did over the weekend. "If I'm balanced, I'm going to be a dangerous player in that box. I just have to get consistent with that. When I do, that's when I go on my little hot streaks."

Anthony Rizzo and Patrick Wisdom hit back-to-back homers off reliever Trevor May in the seventh. The homer was Wisdom's ninth in 20 games with the Cubs, the second-most by a Chicago player in his first 20 games behind Hank Sauer (10 homers in 20 games in 1954).

Aaron Loup retired all four batters he faced before Edwin Diaz earned his 13th save by striking out the side in a perfect ninth.

"I think we strung together good at-bats, we just came up a little bit short," Wisdom said.

"Just didn't do the job in the fourth inning," Arrieta said. "At that point, the game wasn't necessarily out of reach, but when you hand the ball to their bullpen with a three- or four-run lead, it's not a good situation for us."

The first pitch was delayed three minutes so the Cubs could confirm their replay system was working. After Peterson's final warmup toss, a pair of umpires jogged over to the area near Chicago's dugout and donned the headsets to test the system.


The Mets recalled right-hander Sean Reid-Foley from Triple-A Syracuse and designated right-hander Jacob Barnes for assignment. Barnes gave up a tiebreaking grand slam Sunday to Fernando Tatis Jr. followed by a home run by Manny Machado in the Mets' 7-3 loss to San Diego.

Cubs: SS Javier Baez (right thumb) didn't start for a second straight game but hit in the cage Monday afternoon and grounded out as a pinch-hitter in the eighth. ... INF Matt Duffy (lower back strain) is on pace to begin a rehab assignment shortly. ... RHP Trevor Williams (appendicitis) has been throwing every day and could ramp up his recovery once he visits a doctor later this week.

Cubs: RHP Alex Mills (2-0, 6.08 ERA) is scheduled to make his first start since April 13 and second appearance since coming off the injured list June 8.

Mets: RHP Taijuan Walker (5-2, 2.07 ERA) struck out nine last Wednesday against Baltimore, his most whiffs since he fanned 10 for the Arizona Diamondbacks against Colorado on Sept 1, 2017.