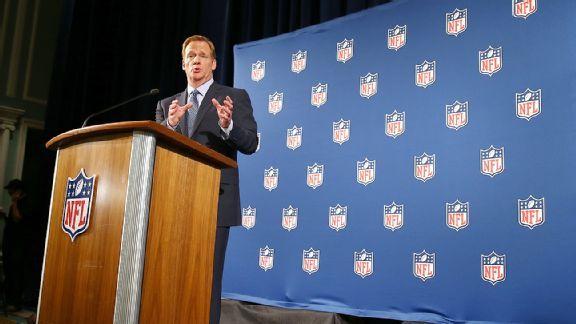 NEW YORK -- Commissioner Roger Goodell estimated that five of the nine and a half hours of NFL owners meetings Wednesday were focused on the league's personal conduct policy and issues of "social responsibility."

The league plans to announce an overhauled personal conduct policy at some point between now and the Super Bowl, and the changes could include a diminished role for the commissioner himself in the process.

"As I have said, everything is on the table," Goodell said at the conclusion of the meetings at the Conrad Hotel in lower Manhattan. "We've been debating internally for well over a year whether there's a better process. At the same time, when something affects the integrity of the game, I think it's important for the commissioner to retain that authority."

Goodell and the league have come under fire for their handling of several recent high-profile player conduct incidents, most notably the Ray Rice and Greg Hardy domestic violence cases. In an effort to combat widespread criticism and project a greater sensitivity to issues of domestic violence, child abuse and sexual assault, the league has sought outside consultants for advice on building its new personal conduct policy.

"I think everybody is committed to doing this in a thoughtful way and not just knee-jerk and do something quickly," said Lisa Friel, the former New York City sex crimes prosecutor who's advising the league on these matters and who addressed the owners Wednesday. "The owners were great. They were very thoughtful and they didn't all have the same opinion, which kind of emphasized how complicated the situation is."

Friel and Goodell both said the conversation touched on a number of specific issues, including the appropriate time to impose punishment, what kinds of services the league can provide those affected during and after the punishment and what the commissioner's role should be in the disciplinary process. On the last point, New York Giants owner John Mara said: "I don't think it's out of the question that there will be some changes on that front."

Goodell has presided with total control over the personal conduct policy since 2007, though the league recently agreed to neutral arbitration for Rice's appeal hearing, which has prompted hope on the players' union's side that it will agree to neutral arbitration in future discipline cases as well. The league has yet to determine whether that's the way it wants to go.

The league has hired former FBI director Robert Mueller to investigate its own handling of the Rice matter, and it remains possible that Mueller could uncover something that would affect Goodell's job status. But Mara, who's one of the owners overseeing that investigation, said it was "probably another several months" away from completion.

Other matters addressed at the meeting included the formal approval of the sale of the Buffalo Bills to Buffalo Sabres owner Terry Pegula, which passed unanimously as the first item on the agenda Wednesday morning.

Also addressed at length was the possibility of moving a team or teams to Los Angeles -- something the league clearly wants to do. Candidates for such a move include the St. Louis Rams, the Oakland Raiders and the San Diego Chargers, but the discussion was more about logistics and potential stadium sites than it was about which team or teams might make the move.

"I think we're certainly moving in that direction," Mara said. "As to who's going to go, that's still up in the air."

Goodell Debating Giving Up Total Control
Roger Goodell addresses the media regarding his handling of disciplinary issues in the NFL.

Mortensen On Goodell's Press Conference
ESPN NFL analyst Chris Mortensen breaks down what Roger Goodell had to say in his press conference. 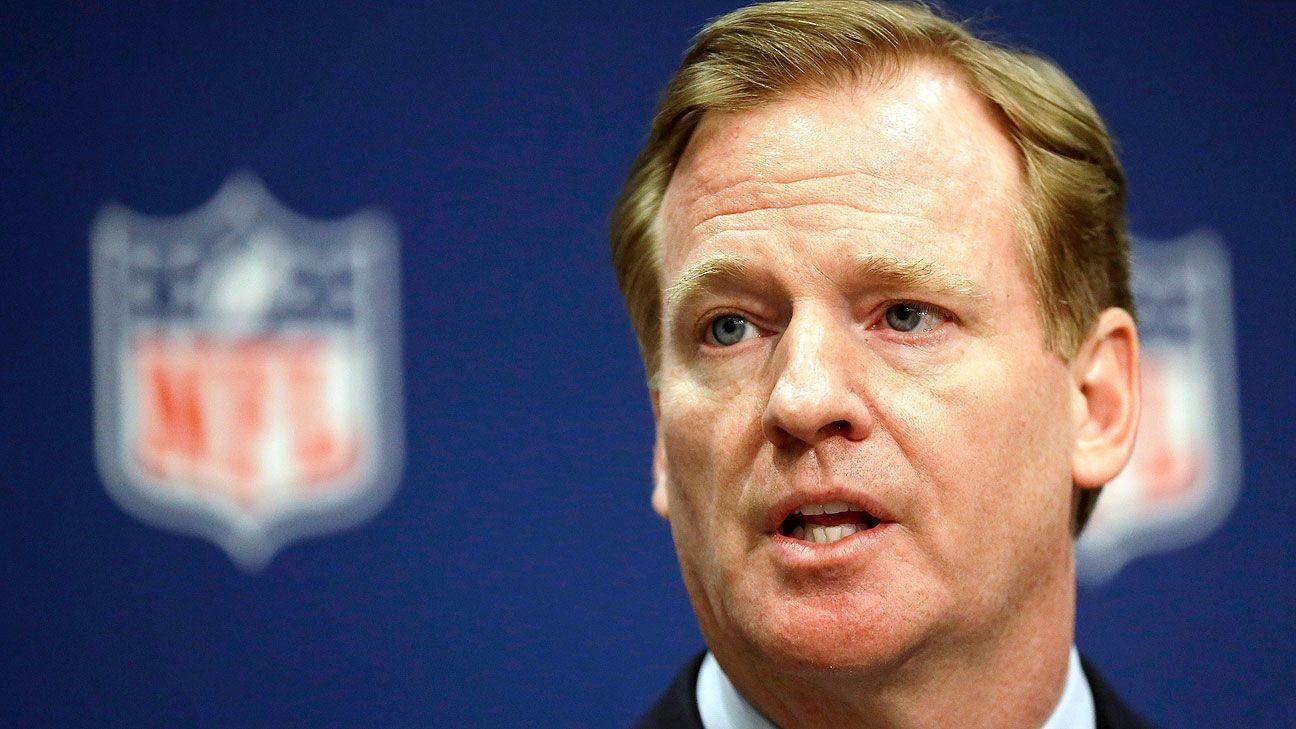