Shurmur not committing to Eli as Week 3 starter 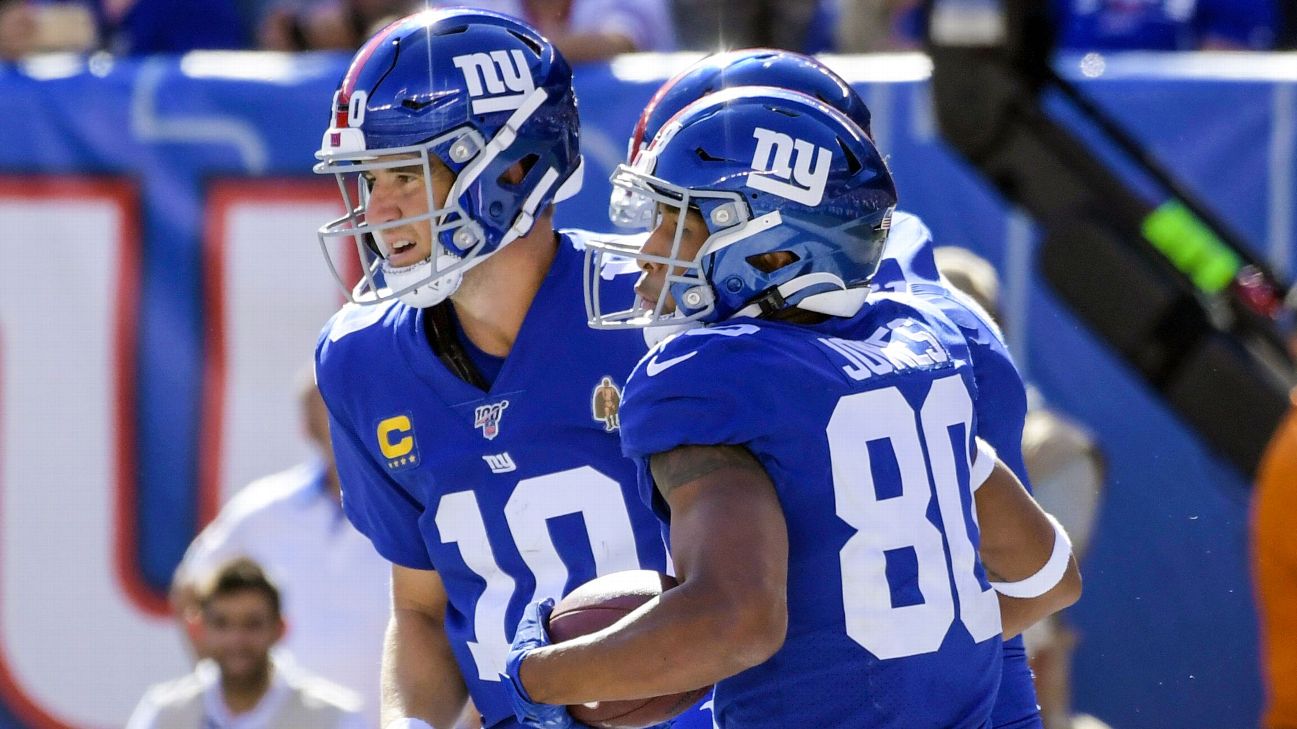 ESPN
By Jordan Raanan
EAST RUTHERFORD, N.J. -- New York Giants coach Pat Shurmur was noncommittal Monday about Eli Manning being his starting quarterback this week on the road against the Tampa Bay Buccaneers. The other option would be turning to No. 6 overall pick Daniel Jones.

A final decision is expected by Wednesday.

"He's been our starter to this point, and I don't want to talk about anything else moving forward from that standpoint," Shurmur said of his starting quarterback decision this week. "I'm not ready to discuss that."

When told that by failing to unequivocally name Manning the starter for this week it would leave the Manning-Jones topic open for debate, Shurmur said, "I understand that. I do."

The health of the Giants' wide receivers is expected to factor into the decision. Golden Tate has two games remaining on his suspension, while Sterling Shepard and Cody Latimer remain in the concussion protocol. Those were the Giants' top three receivers entering the season.
There is optimism that Shepard returns this week. Latimer is more in doubt. The Giants are likely to be reluctant to throw Jones into action with a severely limited group of receivers at his disposal.

The Giants told the two-time Super Bowl-winning quarterback right before they made the pick that it would be his job as long as he was winning games. That hasn't happened so far. The Giants are 0-2 for the sixth time in seven seasons and haven't been competitive the first two weeks, in part because of a defense that has struggled mightily.

"Hey, we're 0-2 and looking for answers," Manning said. "I get it when you draft a guy early and [you're] not winning games, things are going to come up. So I just need to keep working and do whatever my job is."

Manning said the status of his starting job has not been a discussion with the team as of Monday afternoon. When asked how important it was to receive clarity, he claimed it wasn't important. Midway through a news conference in front of Manning's locker on Monday, he requested to "stay away from the ifs."

Manning has been the Giants' starter for the better part of 16 seasons. He holds just about every franchise passing record and is considered by most the best quarterback in franchise history. That makes this potential move tricky, especially considering it didn't go over well when then-coach Ben McAdoo ended his consecutive games streak at 210 in favor of Geno Smith during the 2017 season.

Jones wasn't available for comment on Monday but told ESPN late last week that he was looking at older game film of that week's opponent to assist Manning in his preparation. He was also splitting scout team reps with Alex Tanney.

The Giants have been trying to balance winning now with turning to the future ever since Jones came on board. It's a topic they discuss on a regular basis behind the scenes.

"We're always trying to do what we can to win this next game. And then we're always behind the scenes having those long-term discussions," Shurmur said. "I think the challenge each week is doing what you can to win each game. That's really my focus as the coach and certainly that is what the players' focus is."

The Giants are getting set to face a Buccaneers team (1-1) that has played well defensively early this season under new coordinator Todd Bowles. It could be with Jones as the starter. 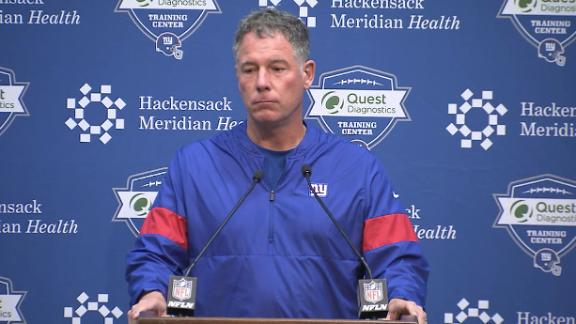 Shurmur leaving Manning-Jones question up for debate
Pat Shurmur won't commit to a starting quarterback for the Giants in Week 3 and understands he's leaving the topic up for debate. 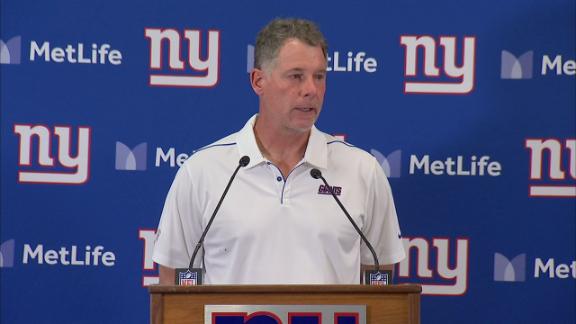 Shurmur: Giants aren't considering changing QBs right now
Giants head coach Pat Shurmur said he's not ready to have a conversation about putting in Daniel Jones yet, and that everyone needs to focus on getting better. 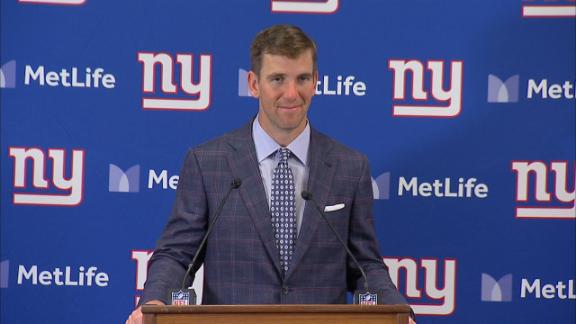 Eli on starting 0-2: There's pressure on everybody
Eli Manning says that after starting 0-2 the pressure is on everybody in the Giants organization to perform, but they can't let it affect their performance and preparation.
Report a correction or typo
Related topics:
sportsespndaniel jonesnfleli manningnew york giants
Copyright © 2020 ESPN Internet Ventures. All rights reserved.
More Videos
From CNN Newsource affiliates
TOP STORIES