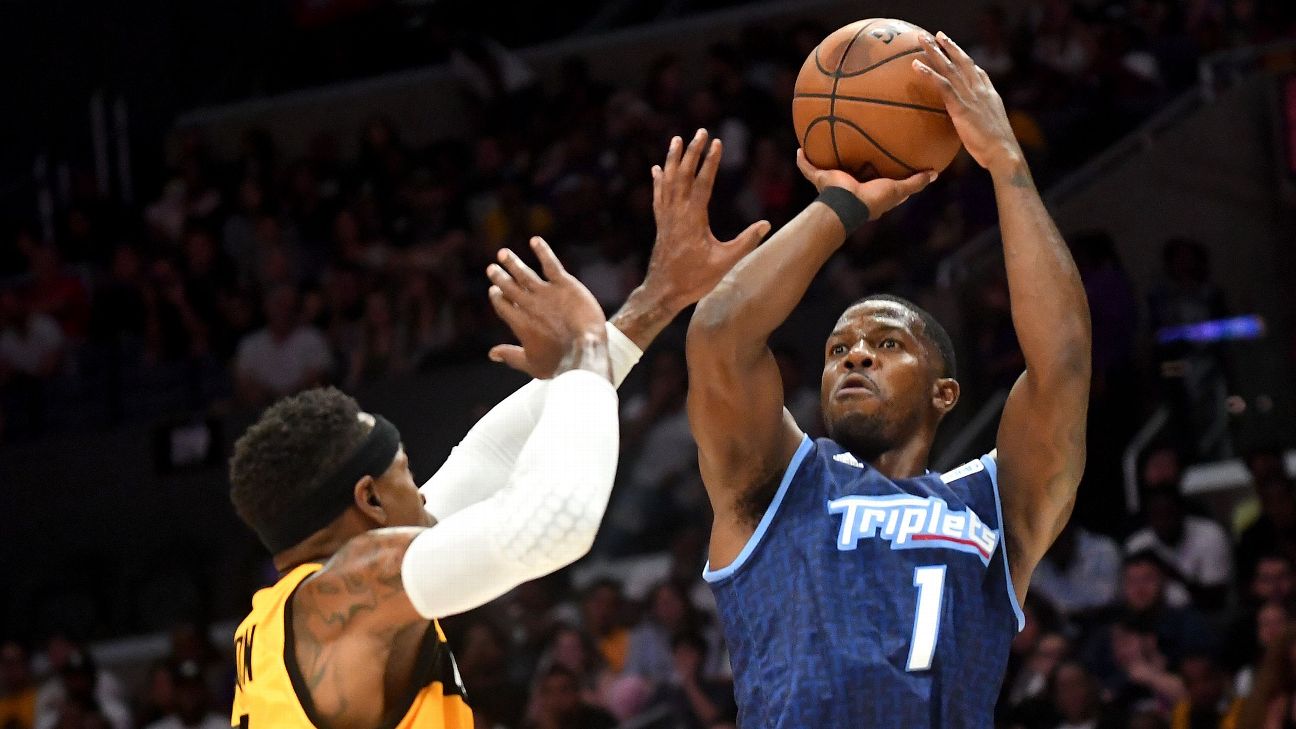 ESPN
By Dave McMenamin
Fresh off an MVP and championship campaign in the BIG3, veteran swingman Joe Johnson is scheduled to work out for three NBA teams next week in attempt to get back into the league, sources told ESPN.

Johnson, who last played in the NBA in 2017-18, will audition for three Eastern Conference playoff teams from a year ago in the Detroit Pistons, Milwaukee Bucks and Brooklyn Nets, according to sources.

Johnson, 38, hit the game-winning shot for the Triplets in Sunday's BIG3 championship game and is a career 16.0 points per game scorer in 17 seasons in the NBA.

He played for Brooklyn from 2012-16, earning one of his seven career All-Star appearances.

In his last NBA action, Johnson averaged 6.0 points on 38.1% shooting in 23 games for the Houston Rockets in 2017-18. In the 2018 playoffs, he saw his playing time cut to just 6.8 minutes per game as the Rockets advanced to Game 7 of the Western Conference finals before falling to the Golden State Warriors.

The Undefeated's Marc Spears previously reported that Johnson worked out for the Philadelphia 76ers and is also receiving interest from theLA Clippers, Denver Nuggets and New Orleans Pelicans.

"I am hopeful to get back, but I did not get in the BIG3 to get back to the league," Johnson told Spears. "I had a great career. I enjoyed the process. The only thing that keeps the NBA fire in the belly is how it ended in Houston. That just does not sit well with me. So if an opportunity comes along and I feel that it is worth it, yeah, I take that chance."
Report a correction or typo
Related topics:
sportsespnjoe johnsonmilwaukee bucksdetroit pistonsnbabrooklyn nets
Copyright © 2020 ESPN Internet Ventures. All rights reserved.
More Videos
From CNN Newsource affiliates
TOP STORIES