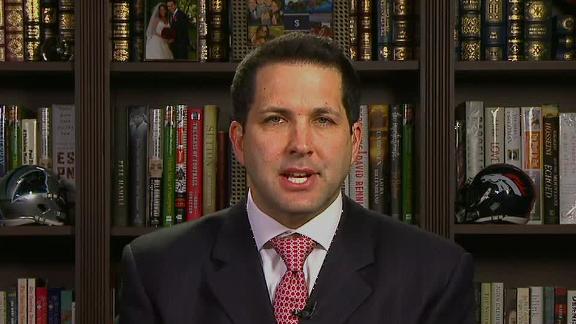 ESPN
By Adam Schefter
Detroit Lions star receiver Calvin Johnson told his family and a close circle of friends before the past season that 2015-16 would be his final season in the NFL. He delivered the same message to coach Jim Caldwell the day after the regular season ended, sources told ESPN.

Caldwell told Johnson not to rush his decision and to take his time, sources told ESPN. Out of respect to Caldwell, Johnson agreed to do just that, according to sources.

The Lions have not given up hope that Johnson will change his mind, but one person who knows Johnson well said, "He's pretty content with his decision."

After nine seasons in the NFL, Johnson's body is beaten down. The five-time Pro Bowler has battled lingering ankle injuries and general body soreness to the point that it would be difficult for him to return for another season, during which he would turn 31 years old.

Johnson's body has been so sore and his conviction so strong that he shared his decision to retire after the 2015 season with only two teammates -- quarterback Matthew Stafford and linebacker Stephen Tulloch--with the request that they keep it confidential, according to sources.

Stafford and Tulloch honored the request, and the rest of the Lions organization did not learn of Johnson's plans to retire until after this season, according to sources. At that time, the Lions issued a statement from Johnson that said, "Like many players at this stage of their career, I am currently evaluating options for my future. I would expect to have a decision regarding this matter in the not-too-distant future."

The Lions, in turn, said they have "profound respect for Calvin and certainly understand and appreciate his decision to give proper thought and consideration to his football future."

The Lions released another statement Sunday night that said, "Regarding today's ESPN report, we stand by our statement issued on Jan. 6 regarding Calvin."

But unless Johnson has the change of heart the Lions still hope for (but not many expect), one of the greatest players in Detroit franchise history is likely to walk away from the game.

"I would love to see him back, but it's his decision to make," Ansah said. "He's a great guy who has a lot of respect for the game. ... He's a professional, and he's somebody that I look up to.

"Whatever decision he's gonna make, I'm gonna support him, and I'm glad to call him my teammate."

Some of Johnson's teammates used their social media accounts to salute him Sunday.

Johnson played in all 16 games this past season and hauled in 88 receptions for 1,214 yards and nine touchdowns. It was his sixth consecutive 1,000-yard season and the seventh of his career.

The Lions have made the playoffs twice during Johnson's nine-year career but have posted losing records in the other seven seasons, including their 7-9 mark in 2015.

"He's a winner," Vikings running back Adrian Peterson said after the Pro Bowl. "When he goes out there and plays, he's putting everything on the line and giving his best effort.

"I don't know how many times they've been in the playoffs since he's been in the league, and whether or not that factors in [his decision]. But I know he has a lot of football left in him."

Raiders rookie Pro Bowl receiver Amari Cooper, who was 13 years old during Johnson's rookie season in 2007, said he was "kind of sad" when he heard about Johnson's potential retirement.

"You never want to see the greats leave the game," Cooper said. "You feel like they're going to be making plays forever. You want to be like them growing up, and you still want to see them make plays."

Calvin Johnson tells Lions he intends to retire
ESPN's Adam Schefter breaks down WR Calvin Johnson's decision that 2015 was his final season in the NFL. 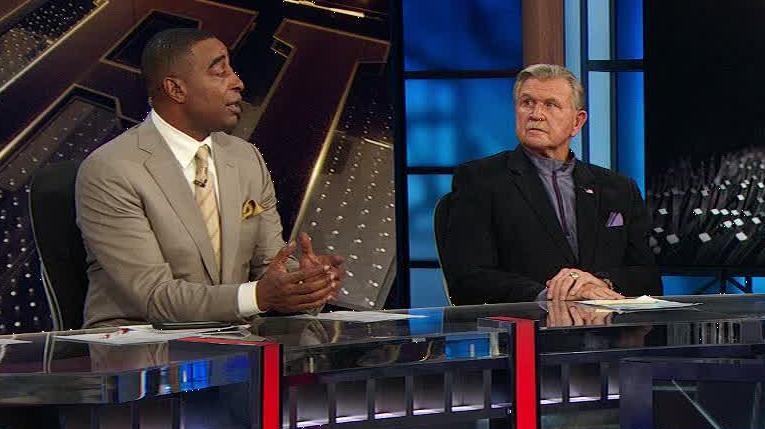