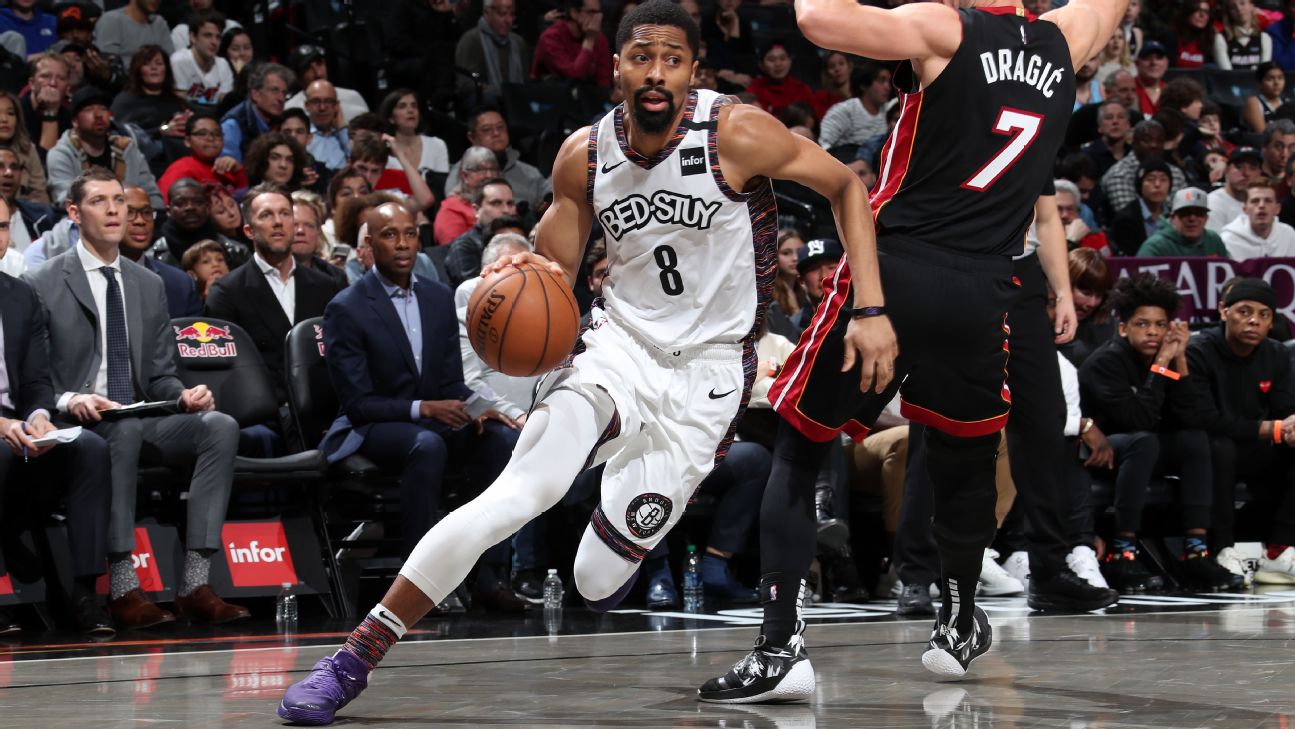 Brooklyn Nets guard Spencer Dinwiddie,Orlando Magic guard Terrence Rossand several others on Tuesday said they will change their jersey numbers from No. 8 to honor Kobe Bryant.

Fans also quickly pointed out that 26 is the sum of Bryant's other jersey (No. 24) and Bryant's daughter Gianna's jersey (No. 2). Kobe and Gianna Bryant were killed, along with seven others, in a helicopter crash on Sunday in Calabasas, California.

The Nets' next game is Wednesday against theDetroit Pistons.

Dinwiddie said he regards Bryant as his childhood hero. He got emotional when speaking to reporters hours after Bryant's death, following the Nets' game against theNew York Knicks.

"For him to tell me that in his book I am an All-Star and stuff like that," he said. "Guys talk about the popularity contest before, and you don't win things like that when [you're] me. So for him to say that I didn't need to be selected anymore because I was an All-Star, and it wasn't just my family saying it -- it was the guy."

The Magic announced later Tuesday that Ross will wear No. 31 -- instead of No. 8 -- beginning with Saturday's game against theMiami Heat. Ross wore No. 31 before switching to No. 8 this season.

New Orleans Pelicans center Jahlil Okafor, who also wears No. 8, said Tuesday that he is working to switch his jersey number. He said he hopes to have a new number figured out by the end of the night.

Philadelphia 76ers guardZhaire Smithis also making a switch. Smith, who wore No. 8 because it was Bryant's first number, said Tuesday that he'll wear No. 5 going forward. Smith wore a No. 7 jersey against the Golden State Warriors on Tuesday because the team didn't have time to get a No. 5 jersey ready.

Boston Celtics star Kemba Walker said he was "considering" making a switch but also would like to honor Bryant by continuing to wear No. 8.

"I'm considering it, but I'm not sure yet," Walker said. "I definitely have tons of respect for Kobe. Everybody mourns a bit different. For me, I'm thinking I'd love to honor him by wearing that number. Kobe played hard each and every night, and I would like to honor him by doing the same. I am definitely thinking about it. But we'll see."

Walker, who wore No. 15 in each of his first eight seasons in the NBA with the Charlotte Hornets, switched to No. 8 before this season after signing with the Celtics as a free agent.

Typically, jersey changes need to be approved the season prior to when a player actually changes. The league's rule on the matter states that any request to change a jersey number needs to happen by Feb. 15 of the prior season. In other words, a player would typically have another two-and-a-half weeks to declare his intent to change his jersey number for next season.

In the same rule, however, the league states: "All changes requested after the deadline ... will be approved on a case-by-case basis," as they were in this case for Dinwiddie and Ross.

This past summer, the league was willing to grant LeBron James a similar waiver to change his jersey number from No. 23 to No. 6 to allow incoming teammate Anthony Davis to wear No. 23, as he had throughout his seven-year career with the Pelicans. But the league said Nike needed to sign off on it, which it did not, and Davis instead chose to wear No. 3.

The league also allowed Trae Young to wear Bryant's No. 8 for the opening tip of Sunday's game against the Washington Wizards. Young took an eight-second backcourt violation while wearing No. 8, then changed to his regular No. 11 for the rest of the game.

76ers starJoel Embiiddonned a No. 24 jersey for Tuesday's game against the Warriors, receiving permission from Hall of Famer Bobby Jones to wear it instead of his usual 21.

Cleveland Cavaliers forward Larry Nance Jr. also wore No. 24. Nance wore No. 24 for his first few games as a Cav, but once the team allowed him to wear 22 -- his father's number -- he switched. He came out Tuesday night against the Pelicans in the No. 24 jersey but went back to No. 22 for the second half. 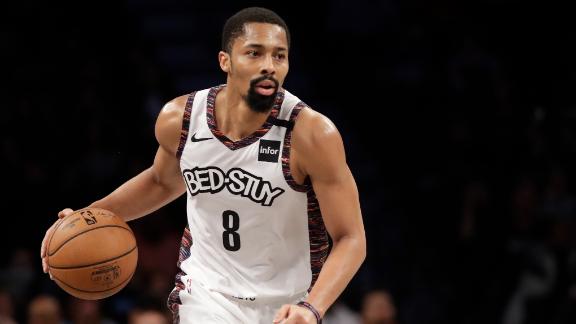