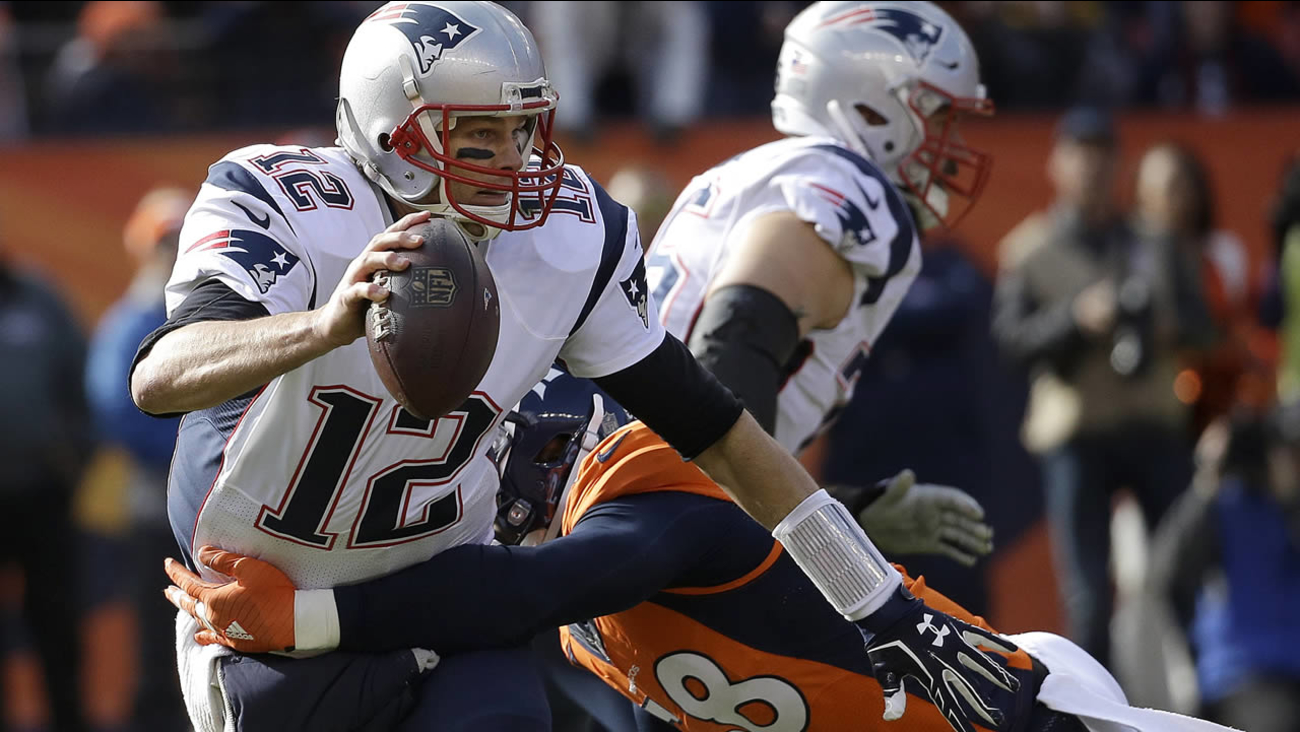 NEW YORK -- A federal appeals court has ruled that New England Patriots quarterback Tom Brady must serve a four-game "Deflategate" suspension imposed by the NFL, overturning a lower judge and siding with the league in a battle with the players union.

The 2nd U.S. Circuit Court of Appeals ruled Monday in New York. The split decision by a three-judge panel may end the legal debate over the scandal that led to months of football fans arguing over air pressure and the reputation of one of the league's top teams.

It is also likely to fuel a fresh round of debate over what role, if any, the top NFL star played in using underinflated footballs at the AFC championship game in January 2015. The Patriots won the contest over the Indianapolis Colts, 45-7, and then won the Super Bowl.

The appeals ruling follows a September decision by Manhattan Judge Richard Berman that went against the league, letting Brady skip the suspension.

The three judge panel sided 2-1 with the NFL, saying the league's discipline was properly grounded in the collective bargaining agreement and Brady was treated fairly. Chief Judge Robert Katzmann dissented.

"I am troubled by the Commissioner's decision to uphold the unprecedented four-game suspension," Katzmann said. "The Commissioner failed to even consider a highly relevant alternative penalty."

The appeals court settled the issue well before the start of the 2016 season, avoiding the tension built last year when Brady didn't learn until a week before the season that he would be allowed to start in the Patriots' opener.

At oral arguments in March, appeals judges seemed skeptical of arguments on Brady's behalf by the NFL Players Association.

Circuit Judge Denny Chin said evidence of ball tampering was "compelling, if not overwhelming" and there was evidence that Brady "knew about it, consented to it, encouraged it."

The league argued that it was fair for Goodell to severely penalize Brady after he concluded the prize quarterback tarnished the game by impeding the NFL's investigation by destroying a cellphone containing nearly 10,000 messages.

Judge Barrington D. Parker said the cellphone destruction raised the stakes "from air in a football to compromising the integrity of a proceeding that the commissioner had convened."

"So why couldn't the commissioner suspend Mr. Brady for that conduct alone?" he asked. Parker added: "With all due respect, Mr. Brady's explanation of that made no sense whatsoever."

Parker also was critical of the NFL at the arguments, saying Brady's lengthy suspension seemed at "first blush a draconian penalty."