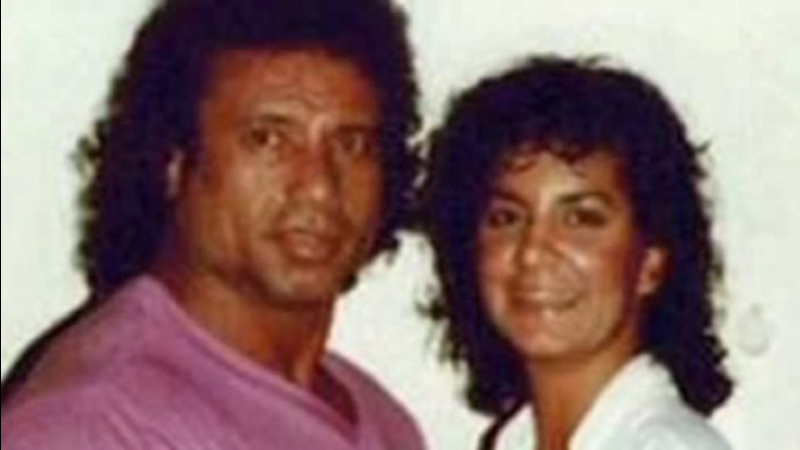 ALLENTOWN, Pa. (WABC) -- A former professional wrestling star has been charged with third-degree murder and involuntary manslaughter in the death of his girlfriend in eastern Pennsylvania more than three decades ago.

Prosecutors on Tuesday announced the results of a grand jury investigation of Jimmy "Superfly" Snuka in the death of 23-year-old Nancy Argentino of Brooklyn, New York.

You wouldn't either if you'd spent 32 years in Lorraine Salome's shoes; 32 painful years without justice for her sister.

"When she passed away, something in my mother died with her, optimism and hope," Salome said.

Nancy Argentino was just 23 when she was beaten to death in A Pennsylvania motel.

Her boyfriend, professional wrestler Jimmy "Superfly" Snuka was the only person of interest.

But even though Argentino's family sued him for wrongful death and won, authorities never charged him criminally until now.

The case was revived after the local Allentown newspaper uncovered a never-released autopsy report labeling the death a homicide.

"What would it be like if Nancy was still alive?" Salome said.

Her sister Lorraine says the family never gave up hope this day would come.

They even wrote an e-book about their ordeal, donating the proceeds to victims of domestic violence.

Even with no conviction yet, family members say they finally have the closure for which they've waited so many years.

"If she were looking down she'd probably say, way to go," Salome said.

Court records indicate that Snuka was arraigned Tuesday afternoon and sent to Lehigh County Jail in lieu of $100,000 bail.