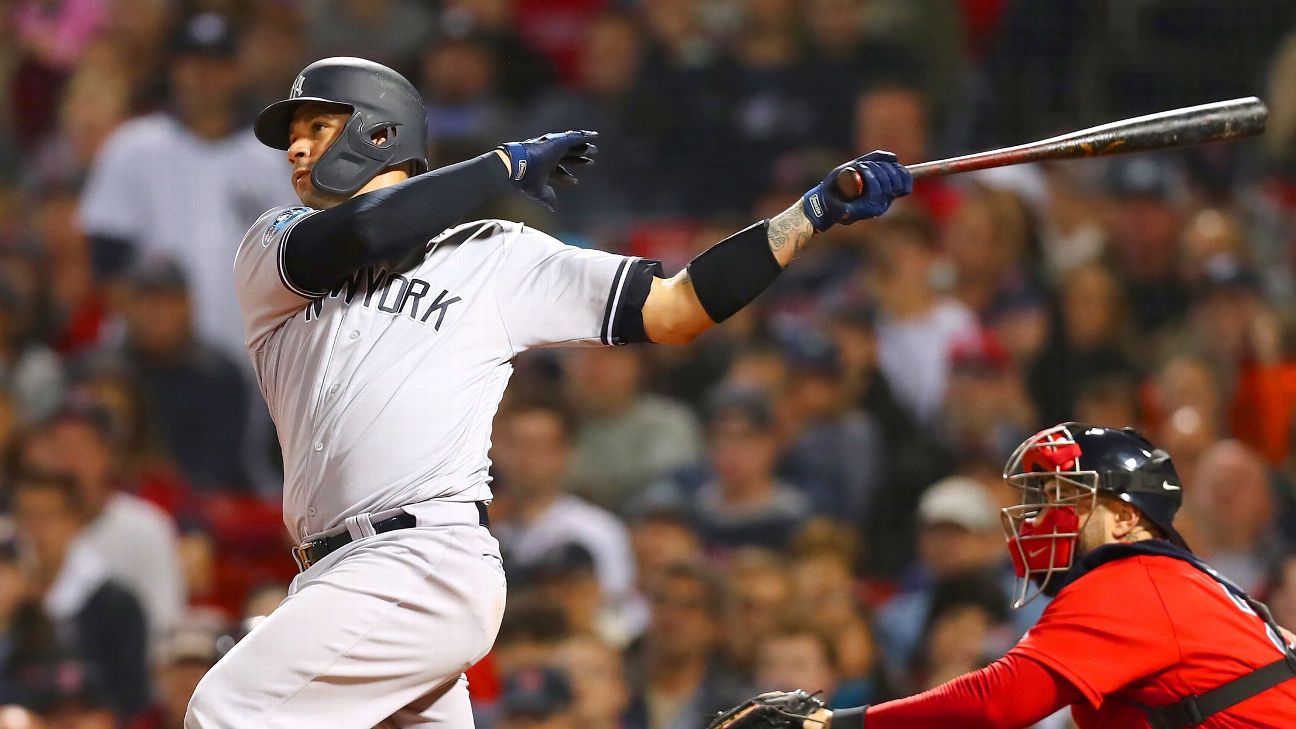 TAMPA, Fla. -- A mid-winter trip to the Dominican Republic has New York Yankees manager Aaron Boone fully convinced that his catcher's largely atrocious 2018 season will give way to a dramatically better one this year.

It's what he sees inside Gary Sanchez that has Boone believing.

"There's a real hunger to go out and show the world what a good player he is. That's what feels palpable to me about him right now and where he's at," Boone said Wednesday during his opening news conference of spring training.

Sanchez, 26, may be in a good place these days, but last summer he often wasn't. A pair of injury-list stints due to groin problems and a nagging shoulder injury that was surgically repaired in November made the season challenging.

To further complicate matters, Sanchez struggled at the plate, hitting just .186 with a .291 on-base percentage. He did have 18 home runs in 89 games, but he wasn't the consistent performer he had been expected to be. Behind the plate, despite appearing in so few games, Sanchez led the majors with 18 passed balls.

"Going through some of the things he went through last year -- I've said this a lot with you guys: Bumps in the road, struggles, especially as a young player, can be great things in the grand scheme of things for a career," Boone said. "Especially when you're as talented as a guy like Gary. Then there's no question that the things he went through last year physically will benefit him going forward."

Boone can already tell 2018's pains have led to growth.

"The conversations I've had with him, I feel like it's a young player that's another year along, another year mature," Boone said.

Ahead of his second season as Yankees manager, Boone took an offseason trip to Sanchez's native Dominican Republic to visit him and his wife, Sahaira. It gave Boone a chance to better connect with the player he's anticipating to be a massive cog in the Yankees' machine this season.

"Getting to go and have dinner with him and his wife in his country, and to just deepen the relationship, and to see him talk passionately about things that matter to him," Boone said, "I just feel like there's been a growth there and a maturity there that comes out when I'm around him and when I talk to him now.