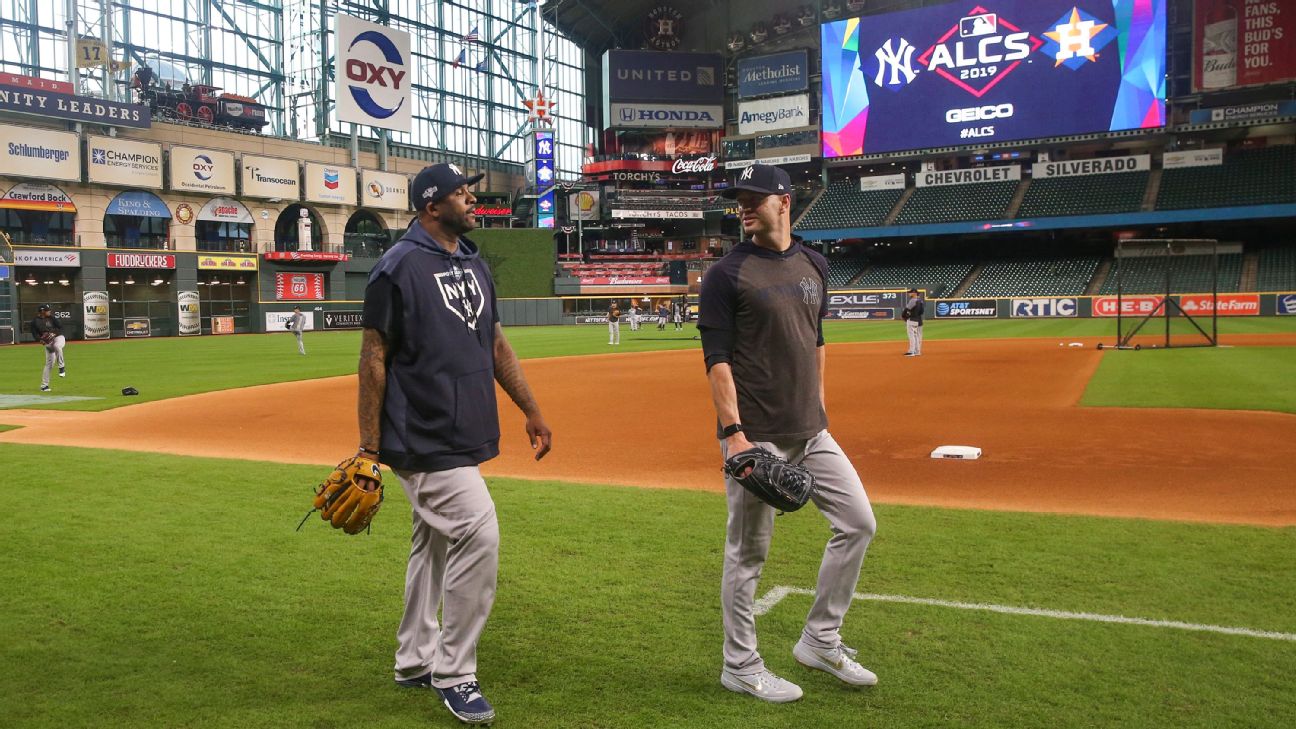 Hicks, who last played on Aug. 3 and was placed on the 60-day injured list due to a flexor strain near his right elbow, is one of the five outfielders the Yankees will carry on their roster for the ALCS, alongside Giancarlo Stanton, Brett Gardner and Aaron Judge.

The Yankees had the dubious distinction of setting a record by placing 30 players on the injured list during the regular season, but they are getting healthy at just the right time.

Veteran left-hander CC Sabathia, who dealt with chronic right knee problems all season and more recently with a sore left shoulder, was included on the 25-man roster for the ALCS after also missing the division series against the Minnesota Twins. Sabathia was a near certainty for the roster after Yankees manager Aaron Boone said he was "encouraged" by what he had seen from him during workouts ahead of the series.

"Just talking to him when he came in, said he felt good," Boone said. "Frankly, looked really good. I was really excited about how he looked. He was sharp. He was able to really finish his pitches. He's very much in the conversation now."

As for Hicks, the Yankees skipper was pleasantly surprised to have him as an option. Boone had pretty much written him off for the playoffs back in September, when Hicks seemed to be a candidate for Tommy John surgery after he experienced a setback in his recovery from the flexor strain in his right elbow.

"The good thing is he's put himself in this position to make that decision," Boone said of Hicks. "He's good physically. Obviously hasn't had the kind of reps or games that you'd like, but he has certainly put himself in a position to be considered. As good a player as he is, that's exciting."

The odd men out were utilityman Tyler Wade and first baseman Luke Voit, who were both part of the ALDS roster.

Hicks' presence gives the Yankees defensive alignment options and flexibility. If he plays center field, Gardner could slide over to left in place of Stanton, who could be the designated hitter. Encarnacion could move to the bench or start at first base in place of DJ LeMahieu, who would then move from first to third, sending Gio Urshela to the bench.

And even though Hicks hasn't gotten big league at-bats in over two months, the club's decision makers saw enough in his simulated games and batting practices this past week for him to be included on the roster.

Being a switch-hitter, Hicks gives the Yankees a rare lefty bat to deploy against Houston's elite group of right-handed starters. The Astros have their three top righties scheduled for the first three games of the ALCS, starting in Game 1 with Zack Greinke, followed by Cy Young candidates Justin Verlander and Gerrit Cole in Games 2 and 3.

Including Sabathia, the Yankees opted to carry 13 pitchers for the best-of-seven ALCS that starts Saturday night at Minute Maid Park. 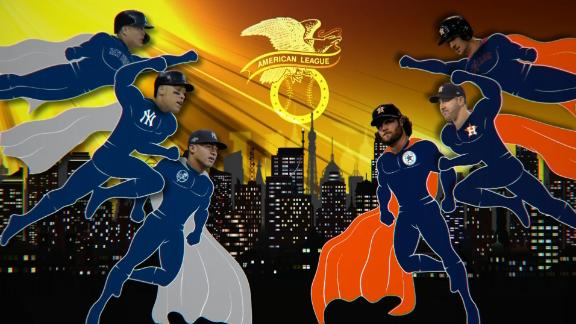