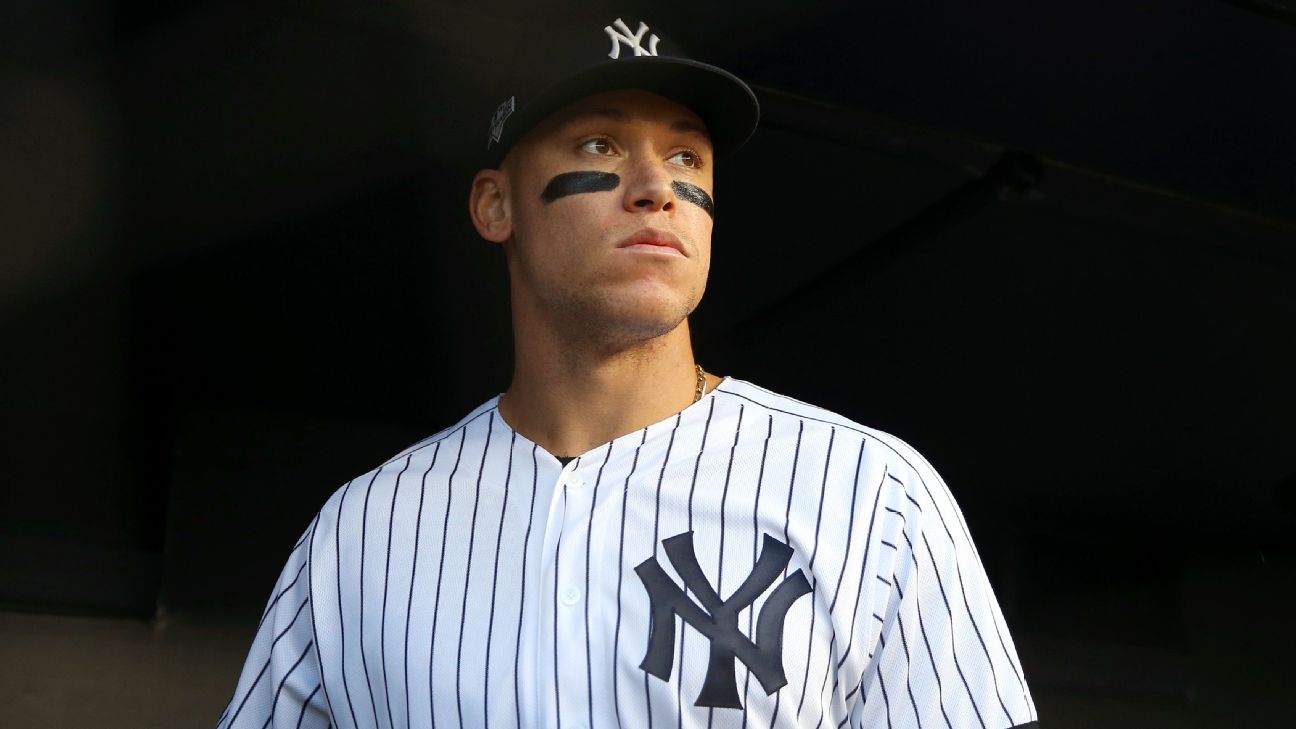 An MRI on Thursday revealed the injury, which Boone described as a "Grade 1 or even lower" strain, an injury he hopes won't keep Judge off the field for an extended period.


"It's something that he really wants to try and work through and wants to be out there and feels like it's a day-to-day thing, which it very well may be," Boone said. "But it goes without saying how important a player Aaron is to us. With him being [on the IL] retroactive to Wednesday now, a couple days into the 10 days, I think it's really important that he not go out there and hurt this thing significantly trying to play through something. So we've gone ahead and made that move. Hopefully, it should be a pretty short stint on the IL."

On Tuesday, Boone took Judge out of a game the Yankees were winning handily in the sixth inning, and one in which Judge earlier had the hardest-hit home run in the Statcast era (119.4 mph exit velocity). Boone said he took Judge out of the game against theAtlanta Bravesearly because of his own appreciation of how the outfielder was moving, and related it to just giving him additional rest after he had played in all 17 games at that point this season, including four straight on artificial turf at Tropicana Field.

"He's been getting just kind of normal maintenance treatment on some lower body stuff on the road trip, and then that night after the game, we focused a little bit of the treatment on the calf," Boone said. "And then the next day, when he came in on the Wednesday game where he was out of the lineup, most of the focus then was on the calf, so we had the MRI yesterday, which revealed the mild strain."

Judge was limited to 102 games last season mostly because of a strained left oblique. At the beginning of spring training in February, the 2017 American League Rookie of the Year was significantly limited because of a stress fracture in his first right rib and a subsequent punctured lung, an injury he attributed to an attempted diving catch at the end of last season.

Nonetheless, after benefiting from the delayed opening of the 2020 season because of the coronavirus pandemic, Judge was off to a blistering start, batting .290 with nine home runs, a .758 slugging percentage and a 1.101 OPS.


Boone says he is hopeful Judge can regain form, though he understands there are no guarantees of a quick return because of the unpredictability of calf injuries.

"It comes down to the calf can be tricky," he said. "This is something that maybe in a couple days he'll be ready to push through. But I also think when you're talking about calves, when you're talking about a hamstring, it's a situation where you know you could tweak it more and then all of a sudden we're looking at a four-to-six-weeks situation. That's really what we're trying to avoid here. Hopefully, we've gotten a little bit ahead of this thing. Hopefully it is a mild situation."

The Yankees promoted versatile infielder Thairo Estrada from their alternate training site in Scranton. Boone said the Yankees would use a variety of players to replace Judge as their primary right fielder.

The team already is without Giancarlo Stanton, who is out up to a month because of a hamstring injury. Stanton was batting .293 with three home runs in his first 14 games

"We've lost two MVP-caliber players; that is a blow. Especially guys that are playing as well as they are right now in Aaron and Giancarlo," Boone said. "But, absolutely, we have the people that can withstand this. And we have a ton of confidence in the lineup we're running out there tonight and expect to go out there and perform at a very high level." 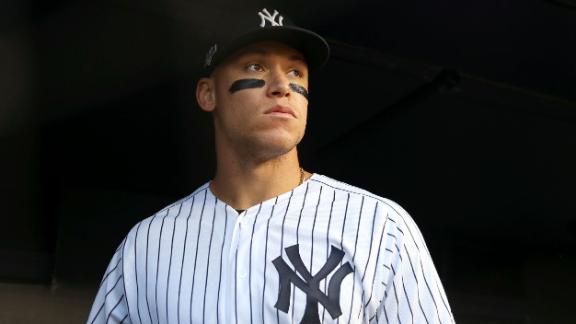