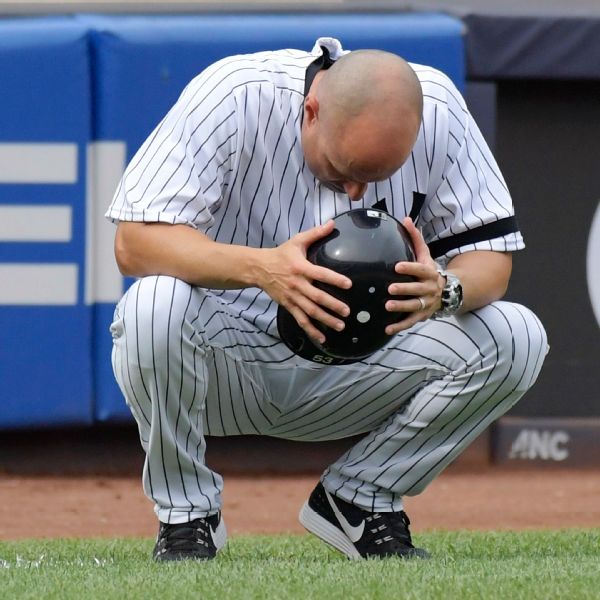 ESPN
NEW YORK -- Following a frightening scene in the stands, the New York Yankees are making a move to keep their fans safe.

Eleven days after a 1-year-old girl was injured by a foul ball at Yankee Stadium, the team said it plans to expand protective netting at its home ballpark and spring training complex for next year.

The club announced the decision during its final regular-season game Sunday against Toronto.

Since the girl was injured Sept. 20 by a 105 mph line drive off the bat of Yankees third baseman Todd Frazier, several teams have announced that they plan to add more netting to better protect fans.

"That's great. I think not only here, but every team should have it," Frazier said. "It's a good step forward for the Yankees, man. I'm very proud to say I'm playing for this team, and they're going to make this change, and it's really nice."

In a news release, the Yankees said they will "significantly expand" the netting this offseason at Yankee Stadium and Steinbrenner Field in Tampa, Florida. The team said that its current netting meets Major League Baseball recommendations, and the additional netting planned for 2018 will exceed those guidelines.

The club did not say how far it will expand netting that currently extends from the corner of each dugout closest to home plate. The Yankees said they will continue to consult with "architects, engineers, netting manufacturers and Major League Baseball to analyze and determine the best and most appropriate type of netting material, color and installation methods."

The team said it also has considered comments from fans.

The decision was announced over the Yankee Stadium public address system after the third inning Sunday. There wasn't much audible reaction from the crowd.

Frazier kept in regular contact with the girl's family for a while but said he hasn't spoken to them lately. He plans to invite them to meet when they're ready.

"They kind of want to settle in and get back to normal life a little bit. Eventually, we'll hook up here. Hopefully, in the next couple of weeks," he said.

Frazier said that as far as he knows, the young girl is feeling better.

"To the best of my ability, with a couple of fractures and whatever it is, she's probably still hurting a little bit right now. But she's out of the hospital, so that's a good sign," he said. "[The girl's father] said he's going to call me when everything is fine. So I'm not going to bother them. From here on out, I'll just wait for them to call me, and eventually we'll hook up."

In a story posted Sunday on the website of The New York Times, the girl's father, Geoffrey Jacobson, said his daughter left the hospital on Sept. 25. He said she turns 2 this week.

Jacobson, who did not make his daughter's name public, said that when he first walked into her hospital room after the injury, her eyes were swollen shut. He said she had multiple facial fractures and had bleeding on her brain.

Jacobson told the Times that doctors didn't yet know whether his daughter's vision would return to normal or whether facial surgery would be necessary.

"While there are numerous medical follow-ups and some remaining medical questions to be answered, we can't ignore how fortunate we are that our little girl is home," Jacobson told the newspaper.

As to the Yankees' announcement about extending the netting, he told the Times, "it's what they should have said from day one, but I'm happy to hear this. I hope the remaining teams follow suit because it's not just about the Yankees."

Jacobson is a real estate lawyer and said he hadn't thought about taking legal action against the Yankees.

"As a lawyer, I know we have a statute of limitations," he said. "There's a time and a place for that, but it's not on my radar."

About Frazier, Jacobson told the Times, "Not only is he a world-class athlete, but he is a better person, and that is what really matters."

New York City Council member Rafael Espinal released a statement Sunday applauding the Yankees' announcement, saying he would withdraw plans for a public hearing on his proposed legislation on the issue.