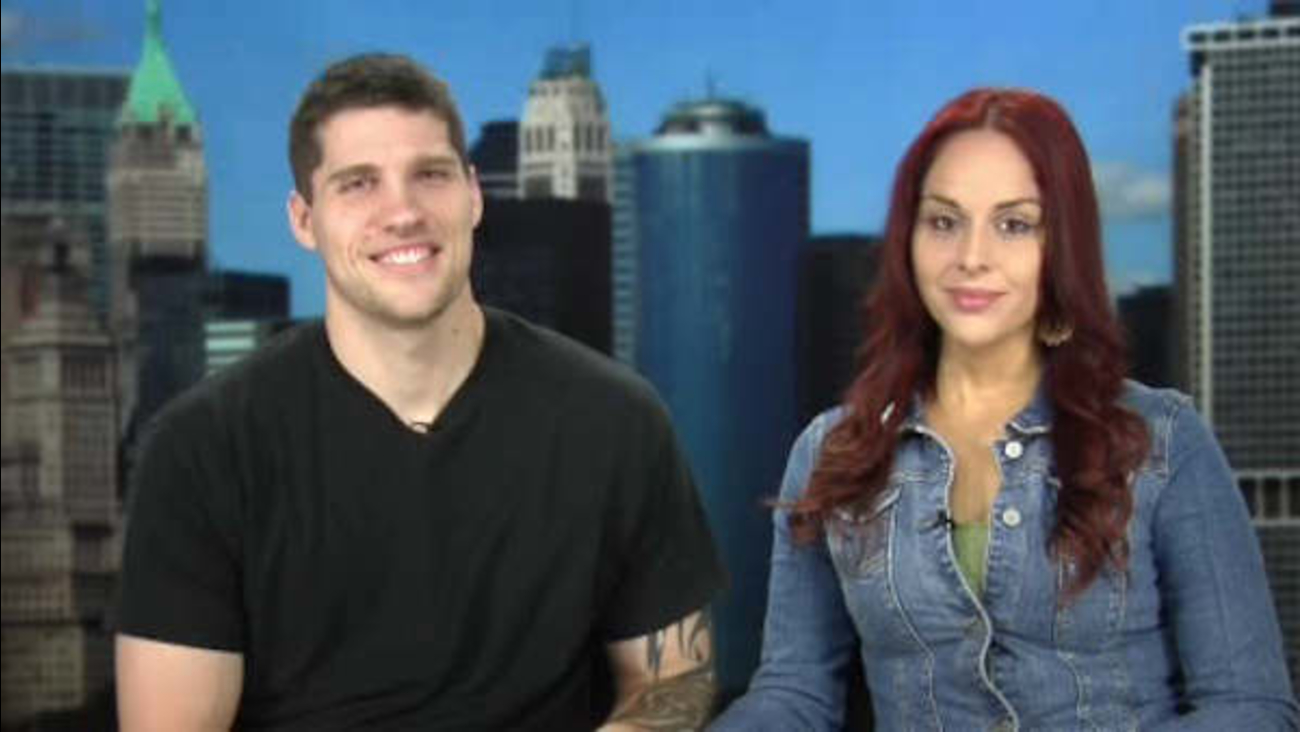 AP
By SCOTT ORGERA
NEW YORK -- In the end, Andrew Fox wasn't charged with an error.

The 29-year-old had everything he needed to make one of life's biggest decisions on Tuesday night: the engagement ring, the perfect woman and a beautiful early autumn night at Yankee Stadium, which focused a camera on the couple and broadcast the big moment on the center field video board.

What the New Castle, Pennsylvania, resident didn't have was steady hands.

When Fox pulled the precious item from his pocket and dropped to one knee before 29-year-old girlfriend Heather Terwilliger to propose during the middle of the fifth inning, the ring fell to the ground in the second row of section 228 in the ballpark's second deck.

The crowd gasped and then jeered the fumble. Fox and Terwilliger scrambled to find the jewelry, and the search was televised between pitches by the Yankees' YES Network. The hunt under the chairs went on for nearly five tense minutes as Fox began to cry, fearing the ring was lost. Several other fans joined the search, rooting around on the ground, some using lights on their mobile phones.

This @Yankees fan was about to propose … and then lost the ring: https://t.co/yzziAeaPZu https://t.co/SUXaS2t5s3 🙈

"I opened the ring box and got on my knee, and as soon as I opened it just fell, and we couldn't find it for the longest time," Fox said.

Finally, Terwilliger looked down and saw something shiny in the cuff of her pants leg - earning a save. The crowd of 35,161 roared.

"Everyone was trying to help us find it, and it ended up being in her pants leg, like the bottom of it," Fox said.

Fox sank to a knee again to present the ring. Terwilliger, who is from Fredonia, New York, said yes, then gave him a long kiss and a hug.

Fox took Terwilliger to the game as a belated present for her Sept. 21 birthday and bought Yankees jerseys as an extra gift. He wore a Mariano Rivera No. 42 and Terwilliger sported Derek Jeter's No. 2.

"I wanted to get two great players," Fox said.

The couple, which had its first date Feb. 1, planned to maybe go to Times Square after the game - Terwilliger has never seen it at night.

A still photo of the couple was shown on the video board during the seventh-inning stretch, recognizing them as fans of the game.