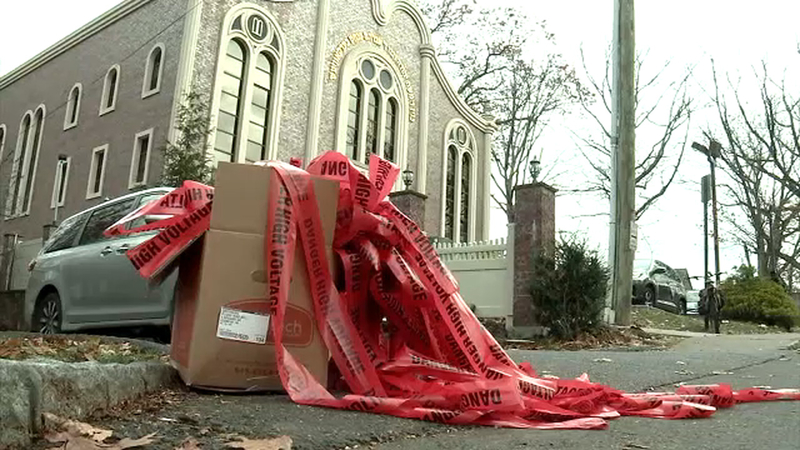 Police responded to a call of a pedestrian struck by a car just before 6 a.m. on Howard Drive in Monsey.

Responding officers quickly determined that the victim had actually been stabbed and slashed with an unknown weapon and was not struck by a vehicle.

Authorities say the man was stabbed in the street by at least one individual, who fled the scene.

"He couldn't describe anyone," community activist Rabbi Yisroel Kahan said. "They came up from behind him. It was simply unprovoked."

The victim, a 30-year-old teacher, was rushed to Westchester Medical Center and was undergoing surgery. He is expected to survive.

Police say nothing was taken, adding to concerns that the incident may be a hate crime. Activists point to a rising tide of anti-Semitism in Rockland County.

"A couple of years ago, you had a swastika here and there," said Yossi Gestetner, of the Orthodox Jewish Public Affairs Council. "Then it escalated to verbal attacks against a Hasidic woman and children. And now we're onto the next level."

There are no descriptions of a suspect or suspects or a vehicle if any at this time.

The Anti-Defamation League has announced it is offering a reward of up to $10,000 for information leading to an arrest and conviction in this case.

"We are outraged by this terribly violent incident," ADL NY/NJ Regional Director Evan Bernstein said. "This is truly horrifying. A peaceful walk to shul in the early morning hours is how this man started the day and now he in serious condition in a hospital because of this attack. There is absolutely no room in our communities for violence. We must come together and stand shoulder to shoulder, not only to condemn this despicable act, but also work as a community to stem the tide of hatred and violence. We wish for the speedy and full recovery of the victim and hope this reward facilitates the swift apprehension of those responsible for this attack."