New Jersey crossing guard retires at 90, after 20 years without a sick day 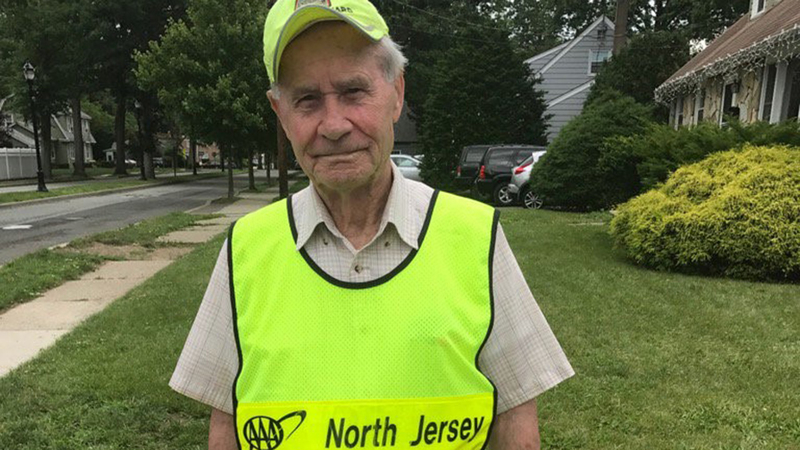 Stanley Sukiennik is retiring at the age of 90, and in 20 years, he never missed a single day of work.

The kids in the Passaic County borough of Pompton Lakes just call him Stanley, who started on the job at 70. Now, he says he's no longer sure he wants to stand for so many hours.

Sukiennik is a fixture in his community, but he is finally hanging up his vest, hat and stop sign after two decades.

He said his own children have convinced him to get some rest, but he's always been there for the town's kids, getting them safely to and from of school.

After leaving his career as a factory worker, Sukiennik decided to respond to an ad for a crossing guard, and the rest is history.

"I go down to the police station, they gave me application, and the next day, I got a job," he said.

He came from Poland with his family before World War II and has worked ever since. His doctor told him to keep going.