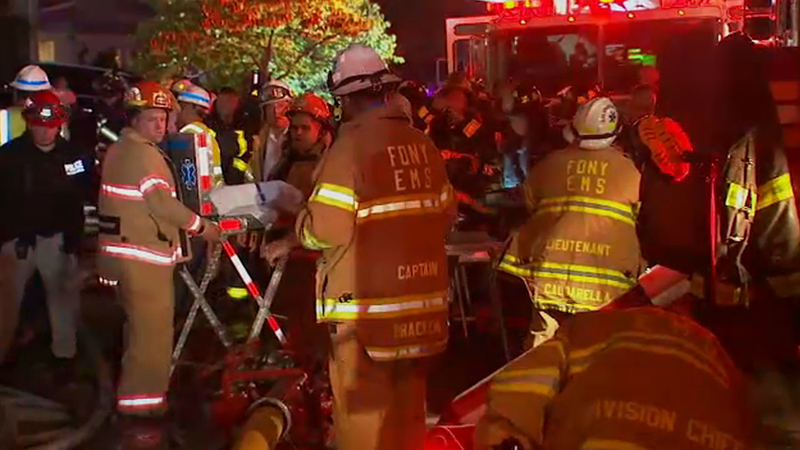 NEW SPRINGVILLE, Staten Island (WABC) -- Officials said they determined a weekend fire that injured 20 firefighters was set by a young boy playing with a lighter.

The FDNY firefighters were injured Saturday night in the 5-alarm fire that ripped through multiple buildings in the 200 block of Steinway Avenue in New Springville. At least 250 firefighters, EMTs and paramedics responded to the scene to get the blaze under control.

Officials said Monday the fire was started when a young boy set fire to combustible materials near the building. He was playing with a lighter when he set the unidentified materials on fire, the FDNY said.

The boy left the fire burning unattended for an unknown amount of time. The fire was in an advanced stage by the time crews arrived.

Four of the injured firefighters were taken to the hospital in serious condition and the rest were treated for minor injuries. No civilians were injured.