Woman with gun, brick shot by police after wild spree on Staten Island 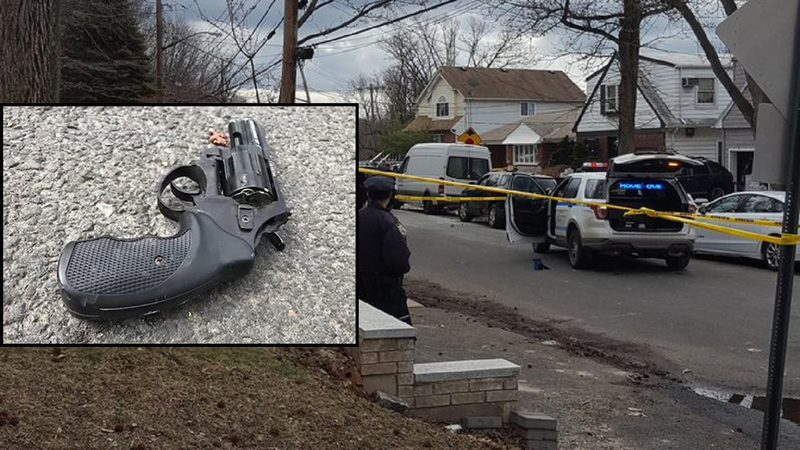 GRYMES HILL, Staten Island (WABC) -- A woman who was shot by police remains hospitalized at Richmond University Medical Center after police said she went on a bizarre crime spree.

Police released a picture of the gun they say 41-year-old Lori Gjenashaj was holding when officers fired five rounds at her Sunday afternoon on Highland Avenue.

She was hit once in the shoulder.

Before they stopped her SUV, police said Gjenashaj fired shots at her mother-in-law's house on Nugent Avenue and then used a brick to break into the home of a fellow parent at her child's school.

That's where she allegedly pulled a gun on the 13-year-old boy who was home.

That boy alerted a neighbor, leading to her arrest.

"She had a brick, one of those cobblestones, and broke the door," neighbor Francis Peter Dillon said.

Before all of this on Sunday, police arrested and charged Gjenashaj Saturday night for allegedly choking another parent at the school, her former best friend.

She was let go and ordered to appear in court at a later date. She is not expected to be released this time.