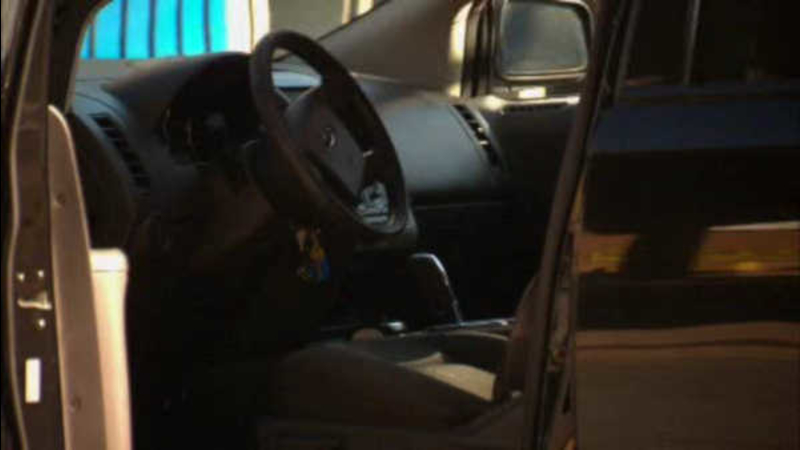 Police: SUV thief drives from Staten Island to Brooklyn with baby in car

NEW SPRINGVILLE, Staten Island (WABC) -- Police on Staten Island are searching for the man who hijacked a car and drove it to Brooklyn with a baby inside.

With detectives flooding the area, choppers in the sky, and police K9s deployed, it was a frantic all-out search for the stolen vehicle.

The search started around 10 a.m. Saturday at Richmond Hill Road on Staten Island, when a black Ford Edge was stolen. In the back seat? A three-month-old boy.

"There was an NYPD helicopter flying really low over the neighborhood, so I didn't know what was going on," said Edwin Estrada.

That desperate search ended in Sunset Park, Brooklyn about an hour later after the vehicle was spotted going across the Verrazano Bridge.

The mother was reunited with her child after he was found safe inside the abandoned car by 54th Street and Third Avenue.

"The perp noticed there was a baby in the back seat. I guess after the NYPD pursued, they decided to dump the car here," said officials.

Police are still looking for the thief at this hour. Family members of the victim say the mother is traumatized by what happened.